After only three years in the movie industry and a handful of projects under her belt, Somkele Iyamah-Idhalama is gradually unravelling as a great actor and a true star.

Thanks to her fighting spirit and never-say-die attitude, Somkele has made great leaps in her career in such a short time.

In 2016, Somkele starred in big budget productions like 93 Days and The Wedding Party. She was also recognised at the Exquisite Ladies of the Year (ELOY) awards and The Future Awards Africa (TFAA).

The actress who was recently invited to be part of the Toronto International Film Festival rising star programme is definitely on the ascent.

As regional manager of Andrea Iyamah, a fashion label owned by her younger sister Dumebi Iyamah, the actress also has interests in the fashion industry.

TheCable Lifestyle recently caught up with Somkele, who talked about a number of topics including feminism, fashion and how she intends to make an impact through the movies she stars in. 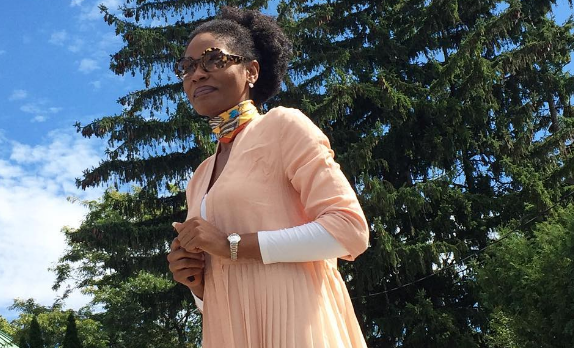 I have taken it one step at a time, one accolade after the other is getting me more humble because every award and recognition has its own level of accomplishment and when you see your contenders and even your mates within this category, you are just in awe, it is something to say that I’m blessed.

That was a really good school; I had the best teacher in terms of cast and crew, I can never trade that experience for anything, it was the best.

93 Days is a remarkable movie. Would you like to feature in more movies of the kind?

Oh yes, there are a lot more, we have so many stories and historical stories are usually a bit more dramatic and I am more of a travel girl, so, I definitely like that.

I look forward to telling more indigenous stories. They speak to the people and inspire, even when we talk about the past, they motivate those who are watching to look forward to the future; either to not to make the same mistake or to emulate the resilience that our past heroes have had.

Being privileged to play that character as an actor, I don’t think there is anything better than that.

Which actors are you looking forward to working with?

Oh my God, do you want to put me on the spot like that? I’d be here the whole night, you know there are a lot of people I really do admire and I have been privileged to work with some of them even in my generation.

Not to name names, you know what I am going to do? In the coming years, you’d actually see the people I want to work with. What about that?

I don’t have one. It really depends on my mood. I know what I don’t like but I don’t have a favourite colour. I can wear almost any colour.

How has married life been?

It’s been good, like everybody would say that it has ups and down but I’m thankful. I’m a Christian, it’s all about the institution of marriage. I believe it, so I’m here and I’m playing it.

If there was something you could give up right now, what would it be?

Nothing, not even the struggles. Nothing at all. 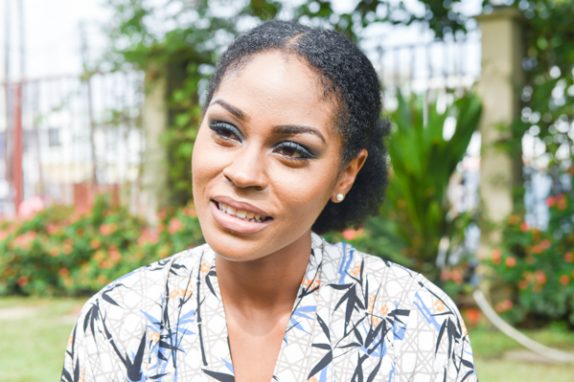 What would it take to get you in a movie?

What’s your view on feminism?

Feminism is not a bad thing, I actually support it. I don’t think that women are trying to become men, that kind of feminism is extreme but feminist that would stand up for representing women as human beings and shouldn’t be just simply because of gender.

Would you call yourself a feminist?

I would say that I stand up for women’s right, yes.

What are the three things you like about yourself?

That’s a tough one but I am going to say my fighting spirit; I can get down but it is hard to keep me down. This is like a narcissistic question, I don’t know what else to say.

What’s your fashion must have?

Confidence, no matter what you wear, if you are not confident in it, just sit at home, that’s it; don’t bother going out. I have done it many times, if I don’t like it, I just stay back.

What’s your view on the movie industry?

I think we are getting to where we need to be, we are not where we want to be yet but we are very well on the right path, that’s what I think.

Five interesting movies you should watch this Christmas