He was formerly a member of the Peoples Democratic Party (PDP).

The actor was officially unveiled as a member of the APC on Friday, December 30, Supreme TV reports. 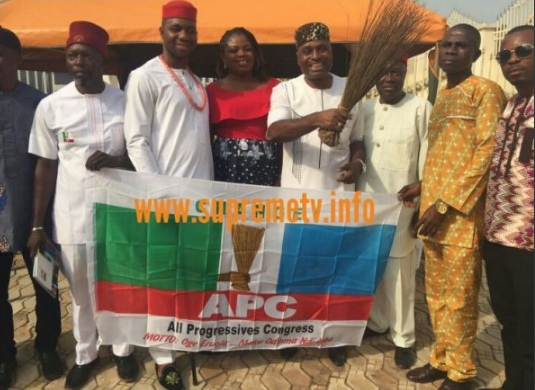 APC party supporters in Enugu gathered at Odenigbo Nsukka, the residence of the actor, for his declaration of membership.

The actor was recently spotted in court during a hearing of Nnamdi Kanu’s case, leader of the Indigenous People of Biafra (IPOB).

Okonkwo, who was clad in a lawyer’s garb, was rumoured to be part of Kanu’s defense team but he shortly thereafter came out to debunk the reports.

“I had a different matter at the same court where he was arraigned and we met at the Court by chance. Everybody recognised my presence and in my usual fashion, I greeted everyone”, the actor had said.

Okonkwo and wife, Ifeoma, welcomed their first child after nine years of marriage in May.

Ara to FG: Be like Rwanda, ban skin-lightening products

BBNaija: Wike reacts as Tacha mentions him as ‘source of inspiration’

Naira Marley: Will you vote for me if I get presidential form?