Olaniyi Oladigbo, the UK-based Nigerian disc jockey (DJ), has passed away in what is believed to be suicide.

Oyewale, who is also based in Liverpool in the UK, said Oladigbo’s wife called to inform him of his death.

The clergyman said the entertainer’s death comes a few weeks after he complained of battling depression and insomnia.

According to him, Oladigbo had on several occasions threatened to kill himself. The cleric also said he advised him at a point to go for mental health assessment.

“The cause of his death: Contrary to what has been circulating on social media, Niyi has always been dealing with depression and insomnia,” he wrote in the now-deleted post.

“He had on several occasions threatened to kill himself. Any little thing, he would say, ‘I will just kill myself’. I remember telling him one day in my office with his wife present, that he needed mental health assessment.

“I instructed the wife to encourage him to see the doctor. Since his demise yesterday, I gathered he had attempted to kill himself a few times without success. He sent messages to a few people the night before, telling them he was depressed. He sent a message to his wife and children also, telling them he loved them but really depressed.

“Personally, I noticed during the son’s tenth birthday thanksgiving in the church on the 28th August 2022, that he was not himself. Niyi will always make a scene with his dancing. That day he was too quiet. And I was thinking, this man eventually is growing. I narrowly missed the hint that could possibly have averted the ugly incident of yesterday.” 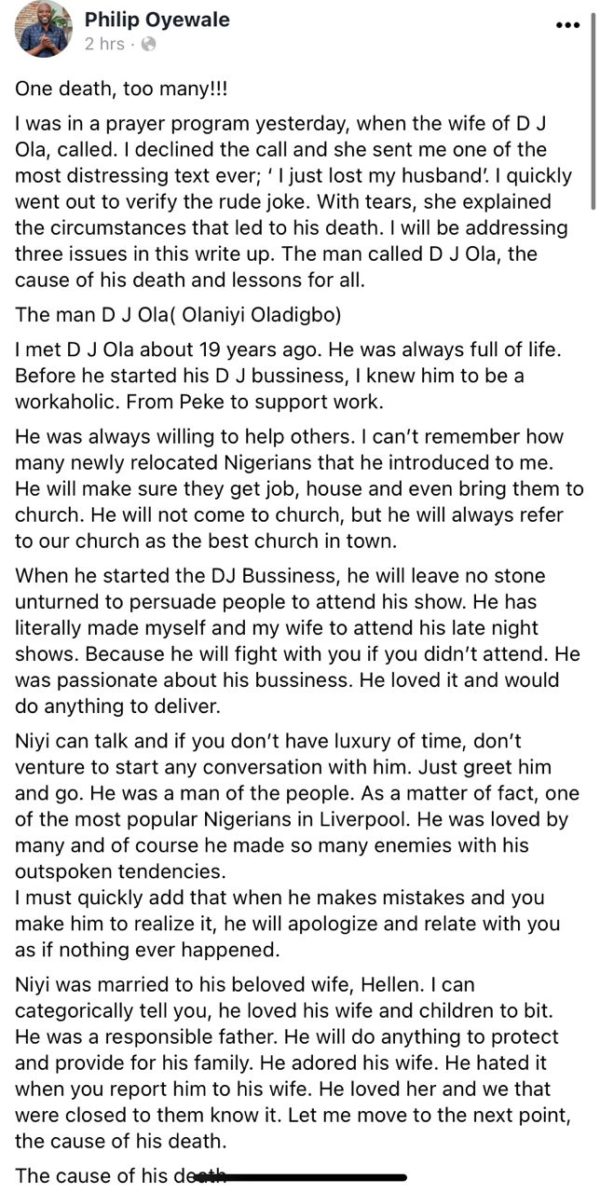 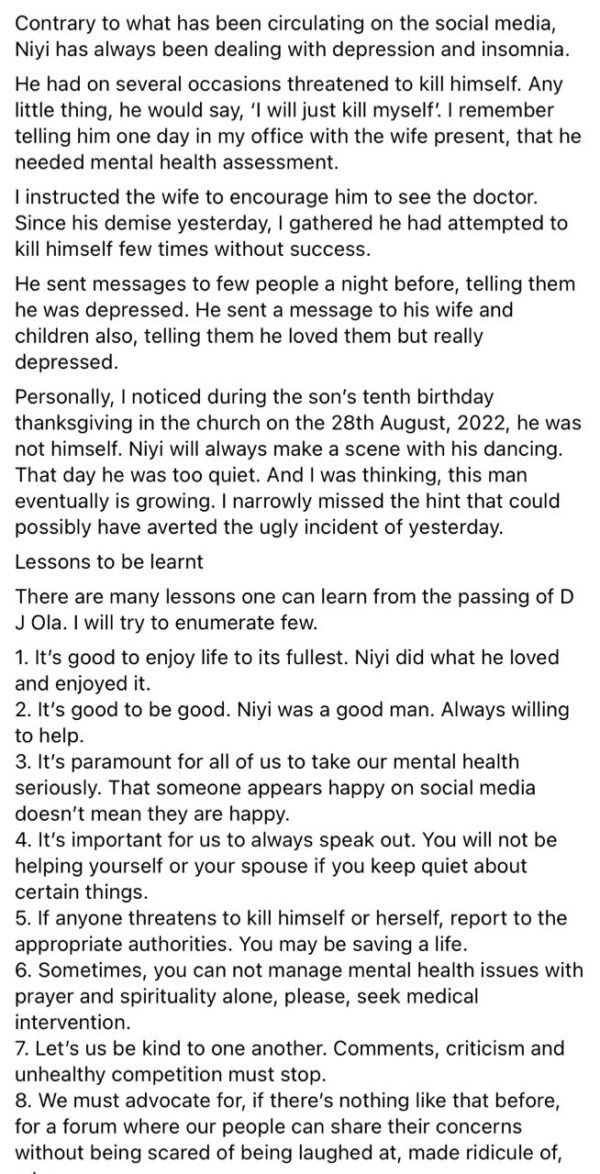 A flyer, tagged ‘sudden exit of an icon’, and shared by the cleric revealed the DJ died on Tuesday.

It also showed that a service of prayer will be held in his honour in Liverpool on Friday.

FICTION: Unapologetically Shewa — the bungalow of horror on Filani street