Born in Benin city, Edo, on July 27, 1991, Linda Osifo moved to Canada at the age of 16. After living in the North American country for 15 years, the self-acclaimed ‘melanin goddess’ relocated to Lagos in 2013 to pursue her acting career. In this interview with TheCable Lifestyle’s KUNLE DARAMOLA, the 31-year-old film star talks about the disappointment she encountered on her first gig in Nigeria, her breakthrough film, her love life, and personal views on the prevalence of sex-for-roles in the Nigerian entertainment industry.

TheCable Lifestyle: You relocated to Nigeria in 2013, what spurred your relocation?

Linda Osifo: Moving to Nigeria was not my plan at all, because I never had the plans of coming to Africa or Nigeria permanently. I lived in Canada for 15 years, I was used to the communities there. 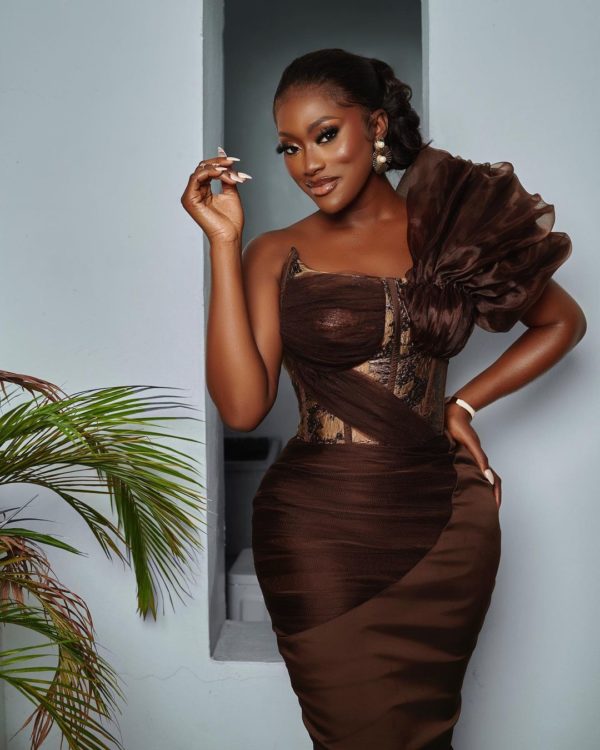 When I got the opportunity to come to Lagos, I saw it as a sign. The opportunity I had was to host a fashion show which was a popular one at that time. Arriving in Lagos, the hosting gig never took place, so I was left with the option of either going back to my base in Toronto or continuing what I have been doing.

I then had the toughest decision that I have ever made in my life on October 16, 2013. I had a two-month ticket to Lagos, from August 2013 to October 2013. I was to return back to my graduation ceremony and then start off with my life.

But I took plan B and I missed my graduation ceremony and decided to stay back. From that moment, I started going for auditions in Lagos. I didn’t know which one was mainland or Island then. I’d speak to many people and when they hear my accent, the organisers of the auditions would call me and say I sound different.

TheCable Lifestyle: Since when have you had an interest in acting?

Linda Osifo: Growing up, I had always been an active child and an individual that loves speaking in the presence of people. So, I was always very comfortable. At a point, I auditioned for a Christmas role. I was about 13 years when I did this.

I got the lead role and that was my first ever form of acting. I played the role of Mary which was so symbolic and seeing the crowd clap and seeing light shining on me as the talent on the stage and the audience dazzled at that present moment, I felt comfortable in the zone, and from then, everything started for me.

Ever since then, I started going out to perform plays for events that took place at church. Just anything that helped me to be out there for the performance.

TheCable Lifestyle: How did you land your first acting gig?

Linda Osifo: I got my first major acting gig in 2014, and it launched in 2015. This was one year after my stay in Nigeria. I was at a stage where I was sort of getting tired because nothing was really coming through. It was a project I had with Ebony Life and it was for a franchise TV show called Desperate Housewives. It was a big deal for me and I had said to myself that if I get this, I was going to stay in Nigeria forever. it was like a negotiation between God and me, but if it doesn’t, I’d go back and figure something out because Nigeria was already getting stressful.

So I went on the last day of the audition, and the first thing that discouraged me was the number tag that they gave me. I was number 606. So I was discouraged.

But, I went into the audition and decided to audition for a character that was minor because I knew so many people would go for the major character. My performance made one of the people conducting the audition cry and I had to beg her to stop. At that moment I knew something had happened, subsequently, I got a callback.

TheCable Lifestyle: How has auditioning and getting roles been for you?

Linda Osifo: The journey was extremely stressful and I had moments where I felt when I didn’t get callbacks, it would definitely give me sad moments.

Most times, when I got callbacks, I’d think it was something major but it was extra. I was just an extra in the background of the commercial but I was excited. So, I thought to myself that I’d still stay around and as time kept going, I kept auditioning.

But you’ve got to find a way to learn how to get around those things. I believe my experiences as a teenager and the things I was doing in communities helped me a lot. So, I have had a background in activities that involved competitions. The industry we are in, is considered competitive, we are all trying to get something and not everybody can’t do it at the same time, but it’s who best fits it.

Now, things have gotten better. I now have private auctioning.

TheCable Lifestyle: What’s your take on sex for roles in the film industry?

When I started in the industry, I understood the system of merit, that if I auditioned and I’m good, I should get it. If I best fit it. And that’s the understanding I have always been trained with.

I had so many situations where I would be approached by an individual who is higher in the department, maybe the producer or the director, or even some of the members in the entertainment, to persuade me to come to a location that doesn’t have any meaning for me going there at a particular time or day.

In such a situation, you have to avoid as much as you can because you know such situations could lead to things that don’t favour you. And for me, I had moments where forms of attempt, especially in my early stage.

TheCable Lifestyle: You’ve acted in many blockbusters, what has been the most challenging role you have played?

Linda Osifo: The most challenging role for me would be the role I played in ‘Devil in Agbada’ because it’s an action film. So there were moments we had to learn some stunts and do some physical activities than we would do in regular film or average drama.

Another film is one titled ‘Cities of Bastards’, it was the most challenging production, the most challenging character. We shot it in Makoko for almost three weeks. We stayed within the environment, we adapted to it, and we all got sick. We all got another side of living, we became part of the people living there.

After the project, we left with a different mindset. It was a project that taught us such an experience we didn’t know was going on in our everyday life.

TheCable Lifestyle: Are you in a relationship? If yes, any plans to settle down?

I come from a very simple nuclear family of five. My parents have been together for over 34 years. And having that experience, I understand the kind of family that I want because I have experienced what family is and I want to create that. 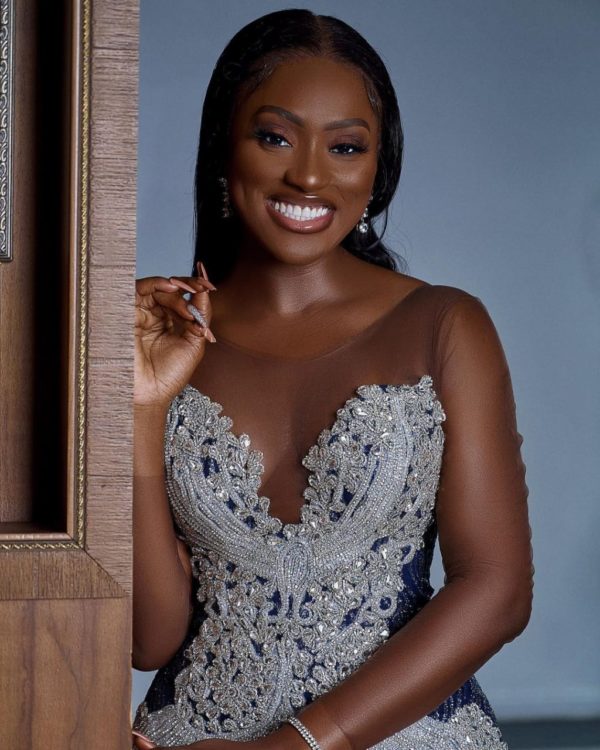 I do not believe that my form of career should be an issue. I have my own role models who I look up to marriage-wise, who I can always speak to and gain deeper nourishment of what marriage is. Also, I have plans to settle down but I can’t tell how soon. It’s God.

About making it public, I don’t know but I believe that marriage is between two individuals first.

TheCable Lifestyle: What are your thoughts on the criticism that Nollywood films are decreasing in quality?

Linda Osifo: We should start off by giving credit to the positive aspect of what we are all experiencing now, which is a larger market and bigger brand exposure and advancement in technology and Nollywood as a whole.

From where Nollywood started to where it is, we have tremendously improved and the goal of improvement is the continuation. All we need is a stronger community, a stronger department, and more support.

TheCable Lifestyle: Tell us about your foundation

Linda Osifo: The main aim of the Love and Oneness Foundation (LOF) is eradicating poverty and illiteracy. We started off with the initiation of just giving out to the community. 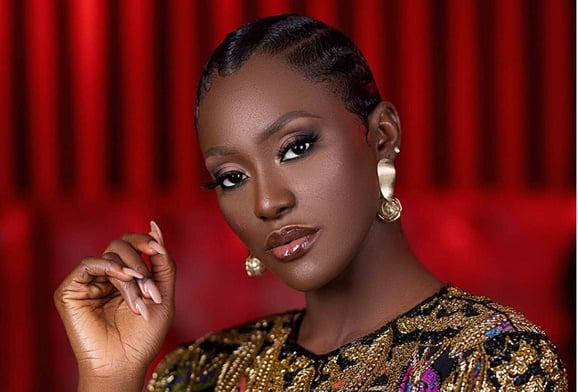 I decided to focus on a particular minority group in Nigeria which are orphans. And the reason I want to focus on that group is that my father became motherless at 6 months and became an orphan at 6 years, so the experience of what he went through as being shared and to see the result of what such trauma can do and how it can affect one’s life, I want to see how I can help individuals in that area because somebody had assisted my father.

The initiative was launched in 2018 by donating food to an orphanage in Benin city in my hometown. We have decided to expand to donating raw foods, and we decided to make t within Lagos orphanages.

In this particular period, we have also decided to expand it to a different initiative, which falls under the illiteracy aspect. We’ll focus on e-learning.

In this initiative, we donate desktops, and laptops to orphanages and these items would be installed with e-learning facilities for the subjects that would stimulate their brains.

So, something that can keep a child active and keep the brain going is what we want to focus on. And the plans for this are always in expansion.