As his mind worked its wonders — shading and scribbling in the splendour of solitude to render mental images in a flux of impressions — Oyedele Adedokun Isaac never thought his portraits held too much aesthetic value.

The 21-year-old’s socials have always come through as his way of sharing his artwork with citizens of the country who appreciate the artistic relevance of his works, beyond replicating existing portraits and hunting cheap deals.

While commissioned projects had relatively confirmed his primordial beliefs in the possibility of making a venture of ballpoint art, Isaac only experienced a renewed surge of confidence after US President Donald Trump “endorsed” his skills.

Speaking with TheCable Lifestyle, Isaac keenly opened up on how his path towards ballpoint art began with a pivotal move that saw him leave the sciences during the definitive days of high school as a result of flair for visual arts.

I ditched science to pursue my passion — visual arts

Oyedele disclosed that opting for ballpoint art, from among all available options in the field, was due to a dearth of resources with which to put his skills to practice, back in Osun, a state situated in the southwestern region of Nigeria.

“I was a science student throughout my high school but started losing passion towards the end, so I dropped it to follow art. It took me four years after high school to decide my path, so, I don’t believe any counterforce could get me derailed at this point,” Oyedele said.

“To a great extent, I consider myself an enthusiast and a crafter such that, I pursue with extreme passion and seek to dominate whatever my heart wants.  What made me pick up ballpoint is weak, it’s because of the non-availability of art materials in Osun state. 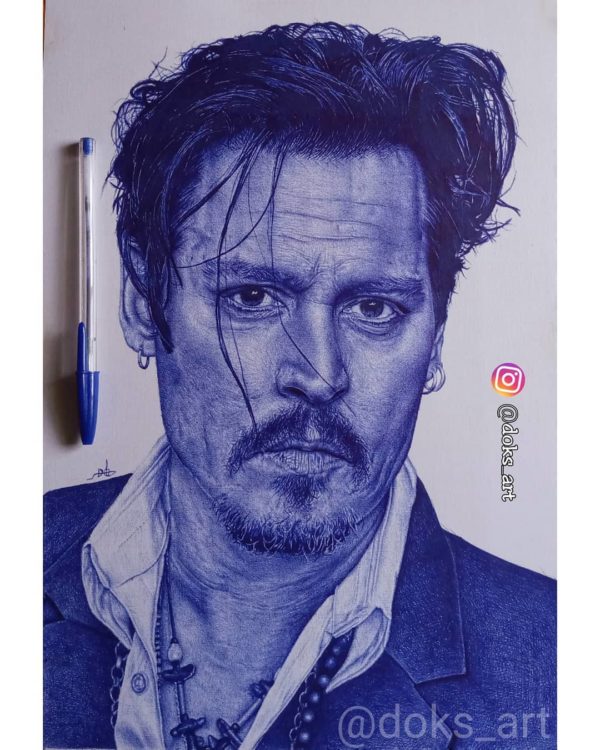 “Yet, I so badly wanted to express my artistic potentials. So, I started messing around till I figured there’s a lot I could do with just my pen. I started drawing with blue and red in 2017 and it wasn’t funny. I got it wrong severally. But, with repeated practice, I started receiving feedback commending the realism in my works.”

Emotions, society, psychology — the trinity that inspires my works

Browsing his collections, some of which are displayed on his Instagram handle ‘Doks Art‘, TheCable Lifestyle found that Oyedelo portraits are centred around impactful individuals and fictitious characters — not celebrities as is common.

Some of them, which include a green-blue-red drawing of the central character in the psychological thriller movie ‘The Joker’, carried captions that explained the motivations behind the arts and the not-so-obvious artistic relevance they intend expressing.

“Lots of things inspire my works. There’s mainly the society and a blend of both deep emotions and psychology. I show great interest in making people connect psychologically to my work, not just appreciatively. It’s important that they’re able to make out the psychology — something we all take part in,” Oyedele continued.

“I’ve done quite a few amounts of works over time which is on my Instagram. Although I only use Bic’s brand of the ballpoint pen, for now, I still want to learn the use of the materials as well. This includes painting like more crazy awesome mixed media. Art is my calling, I can’t help but explore the heights of it.” 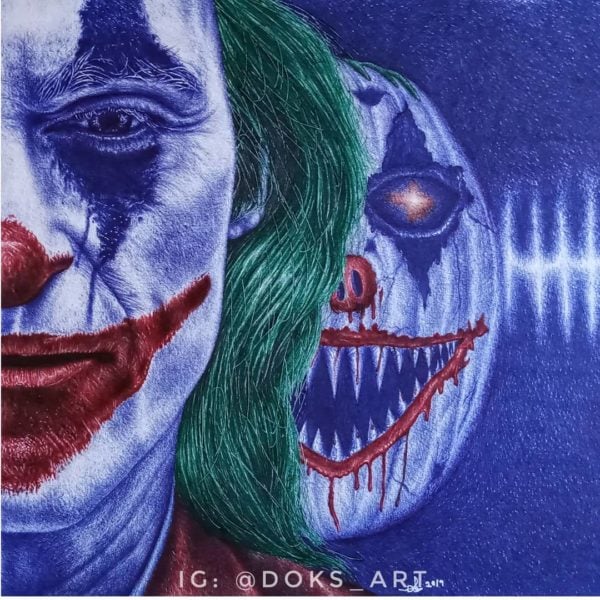 On why he chose to make a portrait of Trump, Oyedele, whose description of himself read “just a Nigerian kid with an American spirit,” said he only did so because of his fondness for the US president — a gesture which was reciprocated.

Challenges, the big dream, and the prospects

While Oyedele noted that there are numerous hurdles to surmount — from those facing Nigeria’s visual arts industry to more personal challenges — he added that he intends to “dominate the art world” and birth exceptional works.

“I could go all day just to talk about challenges faced by regular people here in Nigeria, not to talk of artists. There is just a lot. The environment is one major because a conducive environment is needed for you to grow creatively,” he said.

“Most times, I can’t draw at night because there is no electricity. Some other days, because of noise pollution. Another challenge I struggle with is people here not knowing the value of ballpoint art, not knowing how much effort, time, and energy invested in them. In such cases, getting them to show interest is war in itself. 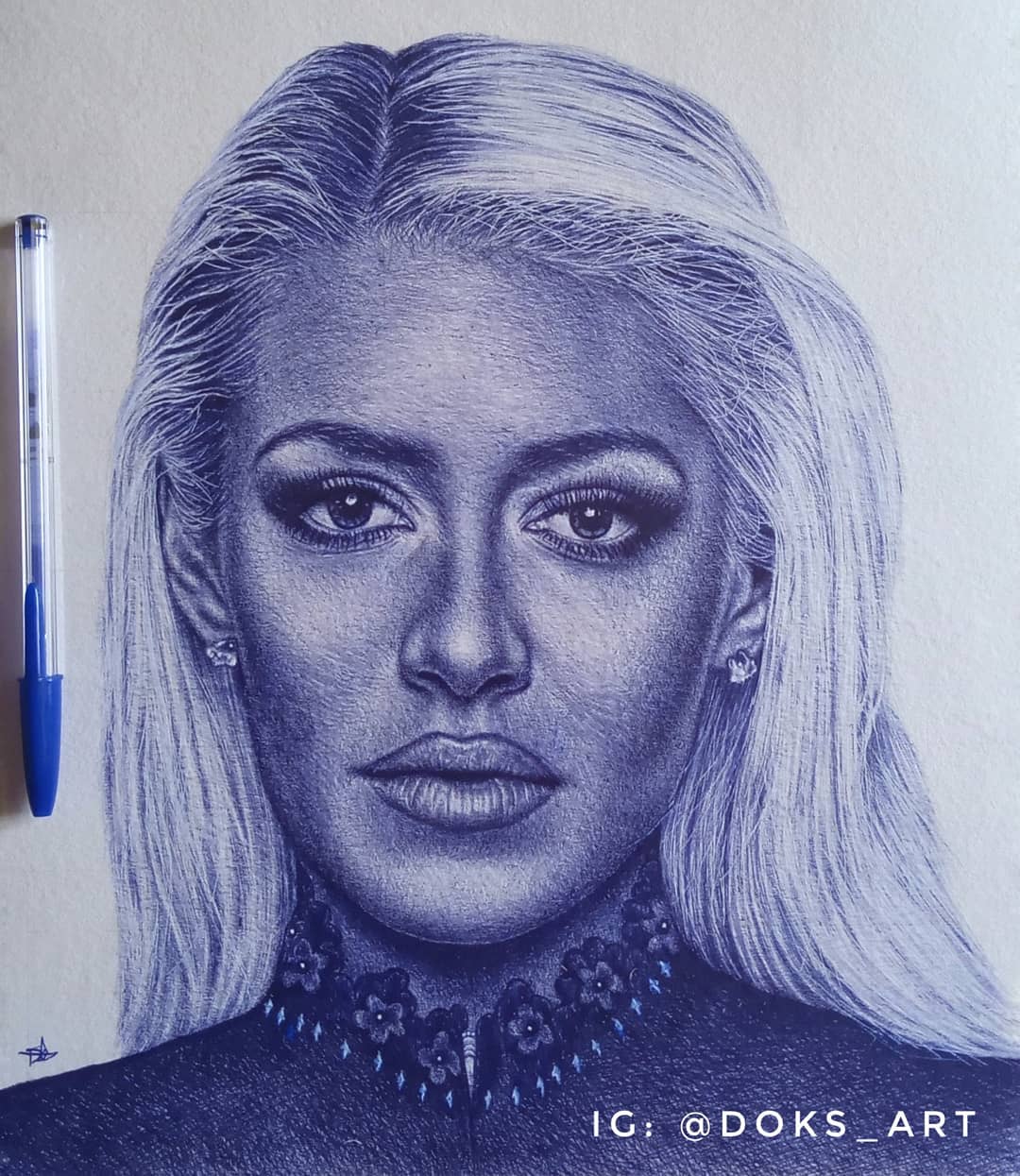 In a recent tweet, which made the headlines across indigenous and foreign media platforms, Trump said that he didn’t only see Oyedele’s portrait of him but also found it “fantastic.”

Dubbing him a wonderful artist, he urged him not to give up on his dream.

Six back to school snacks for Nigerian kids