God knows the truth, Davido says after being linked to friend’s mysterious death

Singer Davido has spoken out concerning the death of his friend Tagbo Umeike, who is an associate of actress Caroline Danjuma.

Danjuma had accused the singer of being complicit in the circumstances that led to the death of Umeike in the wee hours of Tuesday, October 3, the deceased’s birthday.

TheCable Lifestyle had reached out to Davido’s camp for comment but received no response when calls were placed to his manager, Asa Asika.

Davido, who had kept mum since the incident happened, took to Snapchat to react to the allegations levelled against him by the actress, saying: “God knows the truth.”

The ‘Pere’ singer said he was saddened by Tagbo’s death but expressed disappointment at the “false claims,” saying he would rather not speak about it “out of total respect for Tagbo and his family”.

He wrote: “People are just wicked. This is what I get for treating everyone like my brother.

“First and foremost my sincere condolences and prayers are with his family at this time.

“I’ve been in the same position before, multiple times and also of recent – but it is disappointing that false information and complete lies have been put out there using my name, as usual.” 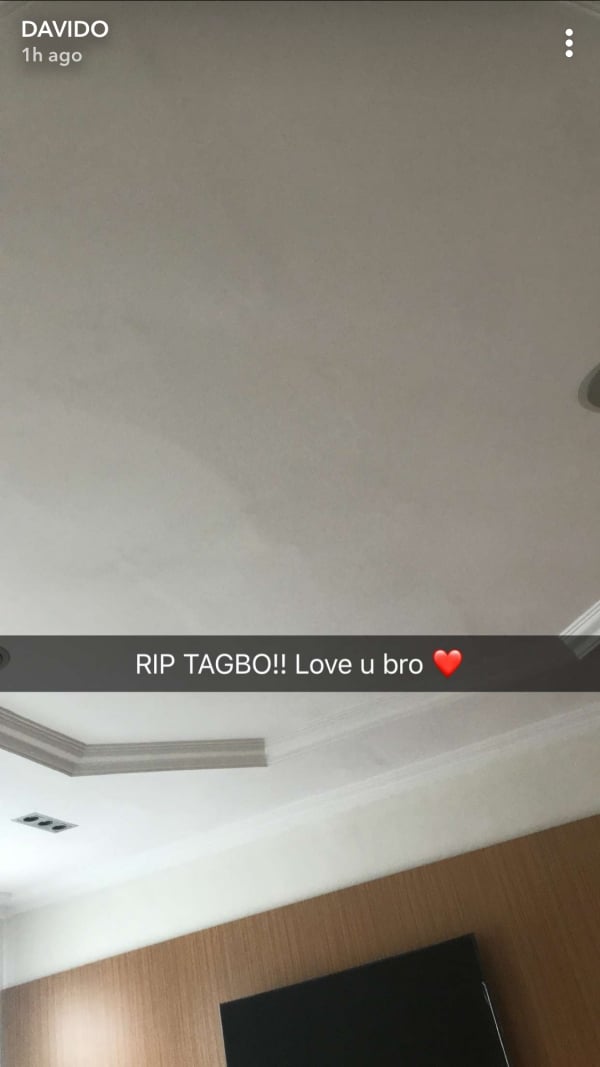 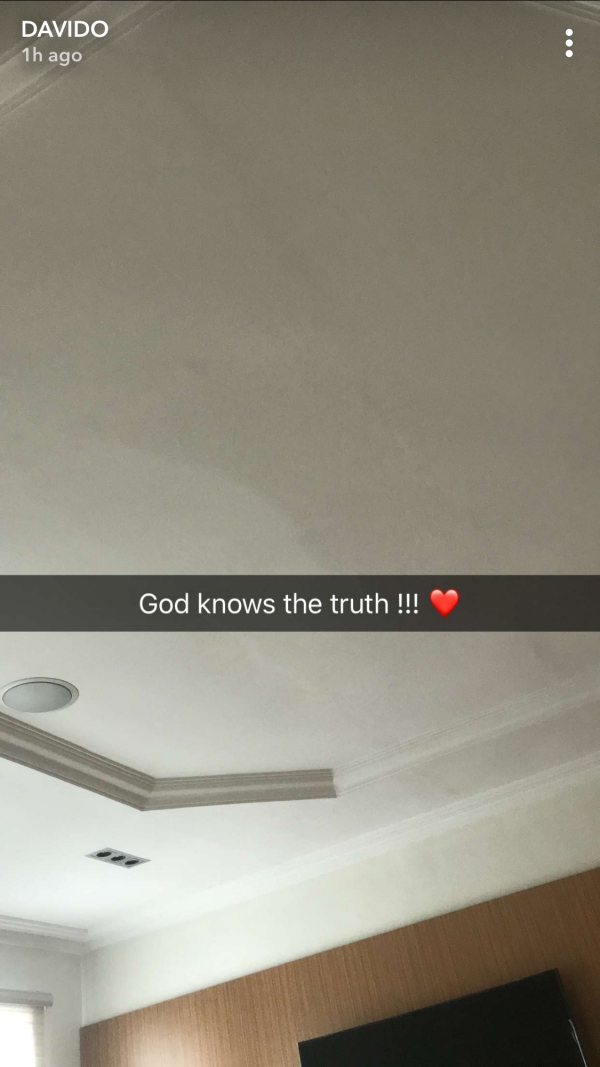 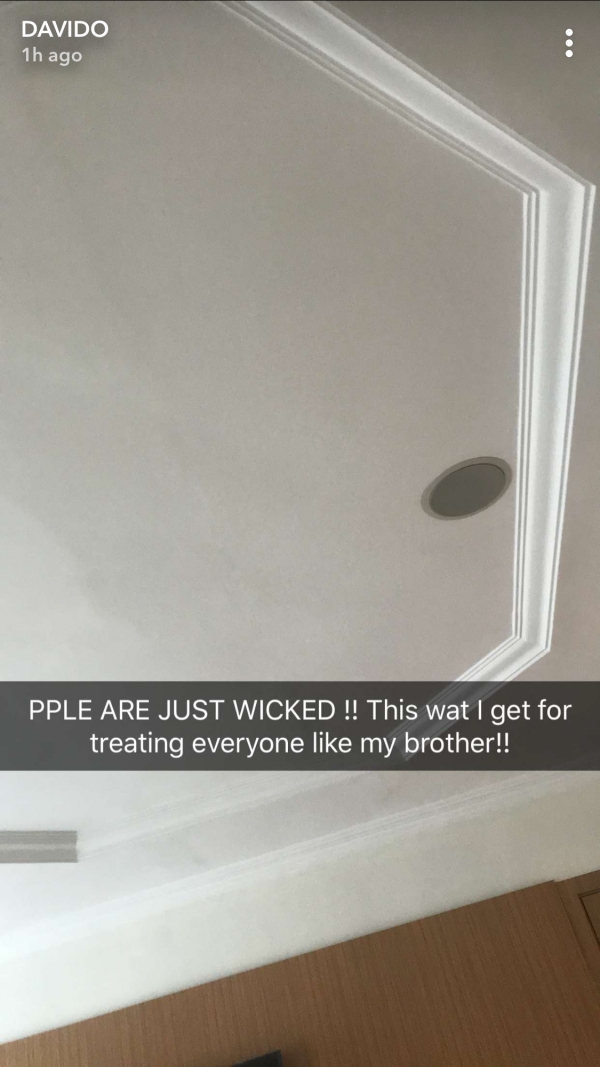 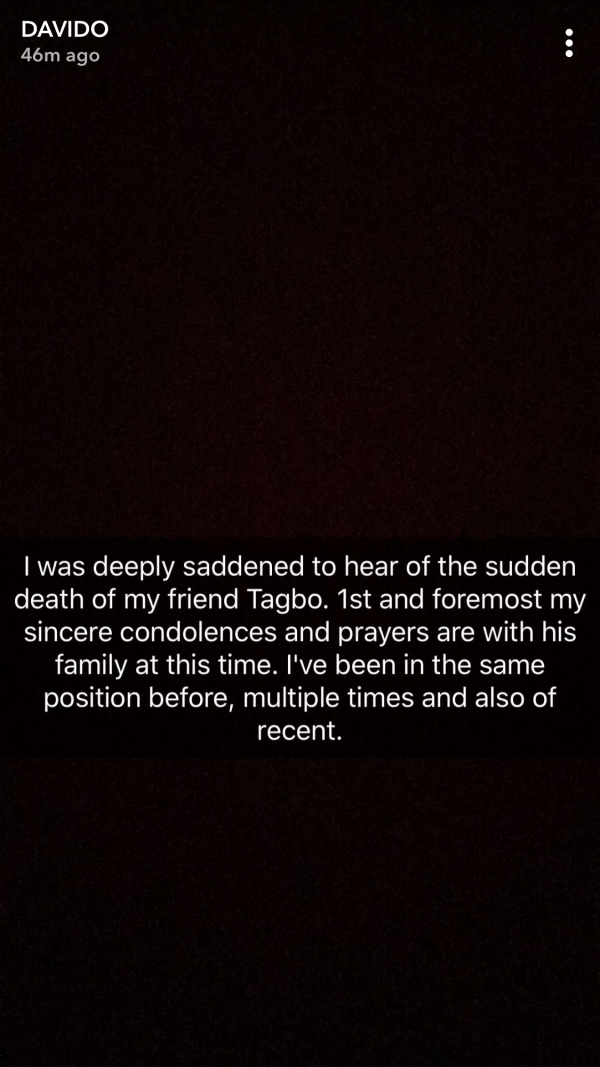 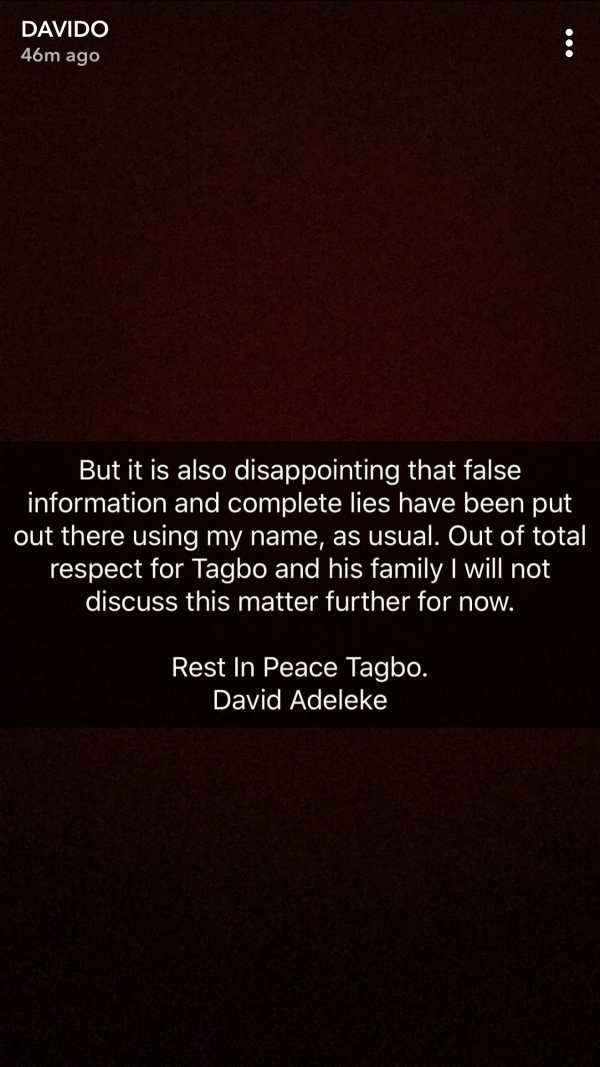 Davido on Tuesday crossed the five million followers mark on Instagram, becoming the most followed Nigerian celebrity on the platform.

The singer on the same day announced the African leg of his ’30 Billion Tour’.

Ushbebe: I was born to be an entertainer… it’s not just a job to me

Davido was meant to release an EP yesterday — but life happened