Traffik, Crazy People… 10 movies you should see this weekend

Synopsis: A couple off for a romantic weekend in the mountains are accosted by a biker gang. Alone in the mountains, Brea and John must defend themselves against the gang, who will stop at nothing to protect their secrets.

Synopsis: Crazy People’, a psychological comic thriller about a movie star who is on a quest to track down his impersonator, features Ramsey Nouah and Chioma ‘Chigul’ Omerua as lead characters.

Synopsis: During an adventure into a dark criminal underworld, Han Solo meets his future copilot Chewbacca and encounters Lando Calrissian years before joining the Rebellion.

Synopsis: The story of the bond between two best friends with different personalities; one who is the life of the party and the other conservative. Their friendship is tested when a playboy who knows his game gets involved with both of them without their knowledge. Would their friendship survive this?

Synopsis: The comic adventure movie depicts life in the police barracks and follows the antics of two notorious police officers, Austin and Vincent who take the viewers on an unending laughter ride. 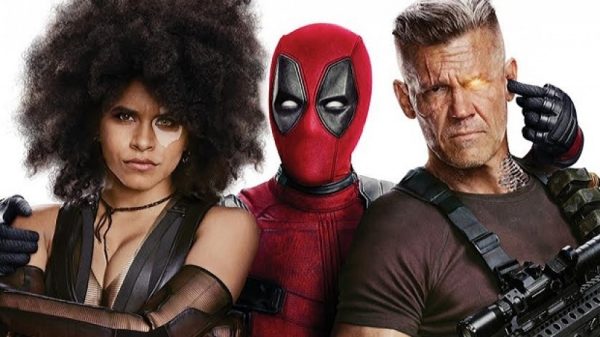 Synopsis: After a string of garden gnome disappearances in London, Gnomeo & Juliet look to legendary detective Sherlock Gnomes to solve the case of their missing friends and family.

Synopsis: The Ghost and The Tout follow the story of a young lady played by Toyin Abraham who grew up in a Ghetto and met with a ghost after an unfortunate incident that happened to her. Soon her life is thrown into series of dramas that only her can see and understand.

Synopsis: Primatologist Davis Okoye shares an unshakable bond with George, the extraordinarily intelligent gorilla who has been in his care since birth. But a rogue genetic experiment went awry.

Dakore Akande: I tried to run away from romantic roles but I was not growing

John Wick, Pathetic…10 movies you should see this weekend

‘Breaded Life’ screens in Lagos ahead of cinema debut