With over 15 years as an active player in Nollywood, Moses Inwang has earned his stripes.

Inwang, a director, editor, screenwriter and producer, is a basket of many offerings.

After making his name shooting social problem dramas like ‘Lost Maiden’ and ‘Damage’ early on in his career, in the past few years, Inwang has gravitated towards thrillers.

But his new movie, ‘Crazy People’, is a multi-genre flick about an actor on the trail of an imposter.

In this interview with TheCable Lifestyle, Inwang talks about why ‘Crazy People’ is a unique flick, his dreams of Hollywood, and what makes him tick as a filmmaker.

Tell us about Crazy People

Crazy People is about an actor who takes a break from the industry for a year and a half. And before he returns, he hears of some other guy, in the same industry, going around doing everything that he was doing before he decided to take a break; doing movies, doing interviews, getting endorsements, doing every single thing he used to do as a professional actor. So he had to return to the industry and go in search of this imposter. Then it goes on to a big twist after that.

How did you come up with the story?

It came from a crazy part of my mind. We try to come up with stories that are unique, that are different from what you would normally get.

Many say the plot of Body Language, your last film, was not relatable. Do you agree?

A film like Crazy People, when you get to the end you realise it’s all about mental health and other things. That’s the big twist. Then they will say it’s not relatable because it’s about mental health, someone that thinks he’s crazy. Now we have those too. Go to Yaba Left, you’ll see a lot of people that have inexplicable mental issues.

But because we don’t do movies that highlight these problems we just feel like they are not relatable. But I have been doing movies on mental health and I’ve had people come out to say ‘thank you for this film, this story is very particular to me because of X person that I know of or because of myself’. So we have all of these things and someone has to tell the story.

How long did it take to shoot Crazy People?

You have a thing for thrillers. Why?

I love thrillers because you’re able to draw out all of the genres in one. If it’s drama it’s drama, mostly dialogue based. If it’s comedy, it’s again dialogue based. If it’s action, there’s a lot of jumping around and shooting and blowing up stuff. I used to cover action before but action is very expensive to make. So I started falling in love with thriller in 2010 when I realised that is the only genre that can bring together all this except comedy. There’s no room for comedy in a thriller. Not even the one-liner ones. If you want to do a proper thriller, it’s not supposed to be funny. But they’re intense. They are deep, they are strong, they are thought-provoking. I have over 30 thriller scripts.

So you are determined to continue making thrillers?

Yes, but I also have other genres. I have comedy. I still have Hollywood dreams. So we can do it for that market. But for now, for this industry, I think a lot of people love comedy. Comedy is a very commercially viable genre that will sell. What we can now do is mix it. 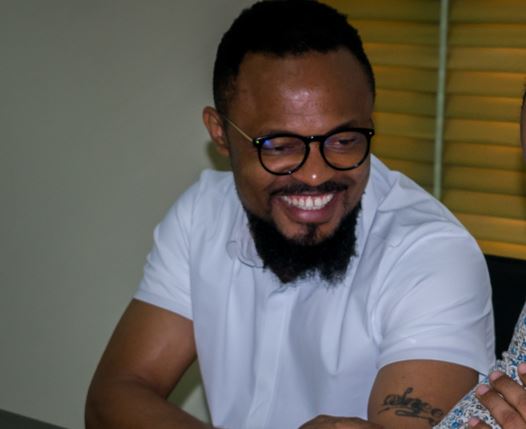 As a filmmaker, do you think it’s a fair criticism that we(Nollywood) don’t tell our stories as much as we should?

I think there are a lot of productions going on and they are all Nigerian based stories. So if anyone is telling us that we don’t tell our stories, what have we been telling since? Nigeria is the third largest film producing country in the world. What stories do you think we could tell them to get there while we were telling all of these stories?

Can you mention five top films that you think have been replicated? I think right now you may be right with the new Nollywood and the cinema culture. I don’t think they lift the entire story. They just lift plots.

When I put out ‘Stalker’ there was a film out at the time with Omar Epps. Mind you, I shot stalker before that film. I didn’t even know about it. Plus ‘Stalker’ story wasn’t even that same story. ‘Stalker’ story was even deeper, more intense than that story. That story was just one-dimensional. But mine, you’ll think the guy is a stalker until he stopped stalking the girl and the girl started missing his stalking and she started her own stalking and that was when things became very intense.

A lot of people came and said they copied this film. But it wasn’t even the same story. But because they were promoting the film and someone was stalking someone they just assumed we copied all of it. So it’s just that people don’t have an appreciation. They feel that we are so dumb as filmmakers because we are Nollywood.

You did something similar in Body Language

Body Language wasn’t even my script but I appreciated it because it felt like something I came up with and that’s why I love it.

What makes Crazy People different? Why should people go and see it?

It’s a unique kind of story. There’s nothing unique about an imposter but being told in Nollywood it’s the first. Being played by an actual actor. An actor actual actor. Basically, it’s the only film you’ll see that will look like you’re watching a documentary about the events and happenings around the Nollywood industry. Because everybody they encounter in their search for the impersonator is real. The directors, the filmmakers, the photographer Kelechi Amadi is Kelechi Amadi playing himself. So it’s just like letting you into the world of the entertainment industry.

Idris Elba among actors to be considered for next James Bond