SPOTLIGHT: Igbo rapper JeriQ is out to join hip-hop A-listers

Perhaps it’s the relatability of his hustle-themed storytelling that stood out; his nuanced infusion of Igbo rap in the background of kick drum beats, divided hi-hats, and other synthesized elements of trap sounded right. JeriQ‘s ‘Billion Dollar Dream’ has done over 12 million streams on Audiomack.

The 12-track album, which enlisted Flavour and Dremo, came through on May 26. And it wasn’t long before it shot up to number one on the Apple Music chart, outranking other equally solid projects to retain its spot. For 72 hours, a Nigerian trap-rap album embodying one non-Igbo track hovered over other major projects rendered in English.

On Audiomack Ghana, JeriQ’s elbowed its way to number four, right behind Sarkodie’s ‘No Pressure’. It snuck past Polo G, T Dollar, M Huncho, and ‘The Eminem show’ in the UK. On Audiomack Nigeria, JeriQ’s project would sit comfortably atop works like Asake’s ‘Ololade Asake’, Qdot’s ‘Orin Dafidi’, and TI Blaze’s ‘The Fresh Prince of Lagos’.

Its reception was so critical in certain climes that one could argue the mainstream genres held their breath. JeriQ’s album had already done several millions of streams on the first week of its release to join among Apple’s top ten. 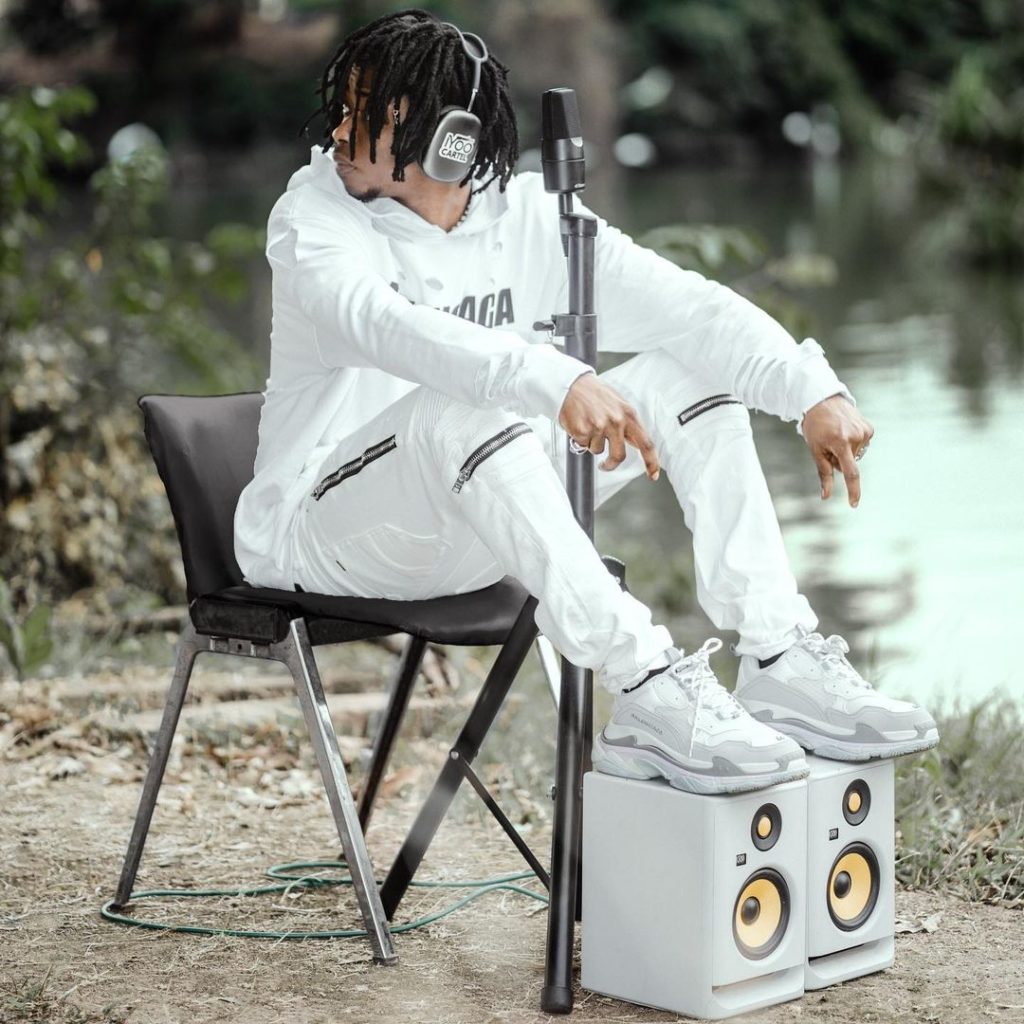 The album lived up to its title, dwelling on the singer’s long-time resolve to surmount class barriers, pursue wealth that had hitherto eluded him, and outrun the demons of his past. It places the singer within the hurly-burly context of Onitsha in Anambra where he was raised and exposed to the stark realities of ghetto life, thuggery, and drugs.

In ‘Billion Dolar Dream’, the rapper also opens up about how his father’s death caused him precocious maturity.

“The album unpacks my rollercoaster life; what I’ve achieved or will achieve,” he tells TheCable’s Stephen Kenechi.

What was once no more than a childhood obsession for JeriQ,  born Ani Jeremiah Chukwuebuka, had bequeathed a thriving career that held a glimmer of hope for the 23-year-old who became his family’s breadwinner. After years of being immersed in sounds from global rap sensations like Lil Baby and Phyno, JeriQ would independently find his voice, releasing his debut single ‘Iyoo’ in 2015. JeriQ rolled out the Zoro-assisted hit ‘No More Nleka’ in 2020 and followed this up with his street-tinged six-track EP ‘Hood Boy Dreams’ that further defined his fast-evolving style.

In ‘Billion Dollar Dream’, his latest yet, JeriQ would enlist Flavour, Dremo, Alpha P, PsychoYP, and Kofi Jamar in a move that placed him among the A-list music stars in Nigeria’s south-east following a previous work with Phyno.

The project was initially intended to be the second part of his 2020 EP but, as time elapsed, it became economically unappealing to do a follow-up project for a prequel that was released as far back two years prior, hence a new name.

“I’d loved music from childhood. I was part of the church Block Rosary choir, singing tenor then. Music for me soon became a medium of expression. I didn’t at any point go through tutelage under a mainstream artiste,” he recounts. “My big break came with ‘Hood Boy Dreams’. It changed my life. Everyone was about it in the streets at the time.”

JeriQ’s rap lines are all about keeping it real; his lyrics make visceral his experiences either as an agent or victim.

“Growing up in Onisha exposed me to unexpected things as a kid. We washed cars; sold bottled herbs. If it rains, we go into the express and wait for travellers to get stuck in the mud so we can help push the vehicle for a fee. And I don’t regret these things. They made me tough and prepared for the person I was to become,” the rapper narrates.

“I’d spent nights in jail as a primary school student, not due to my fault but being in the wrong places at odd times.”

Flavour, having spotted the genius, had his team propose a joint song, with JeriQ traveling to Lagos for a recording session that birthed the eighth track ‘Oluoma’. The success of his first work with Kofi Jamar on DJ Neptune’s track ‘Cash’ would earn JeriQ yet another song with the Ghanaian musician through the seventh track ‘Cartel Business’. 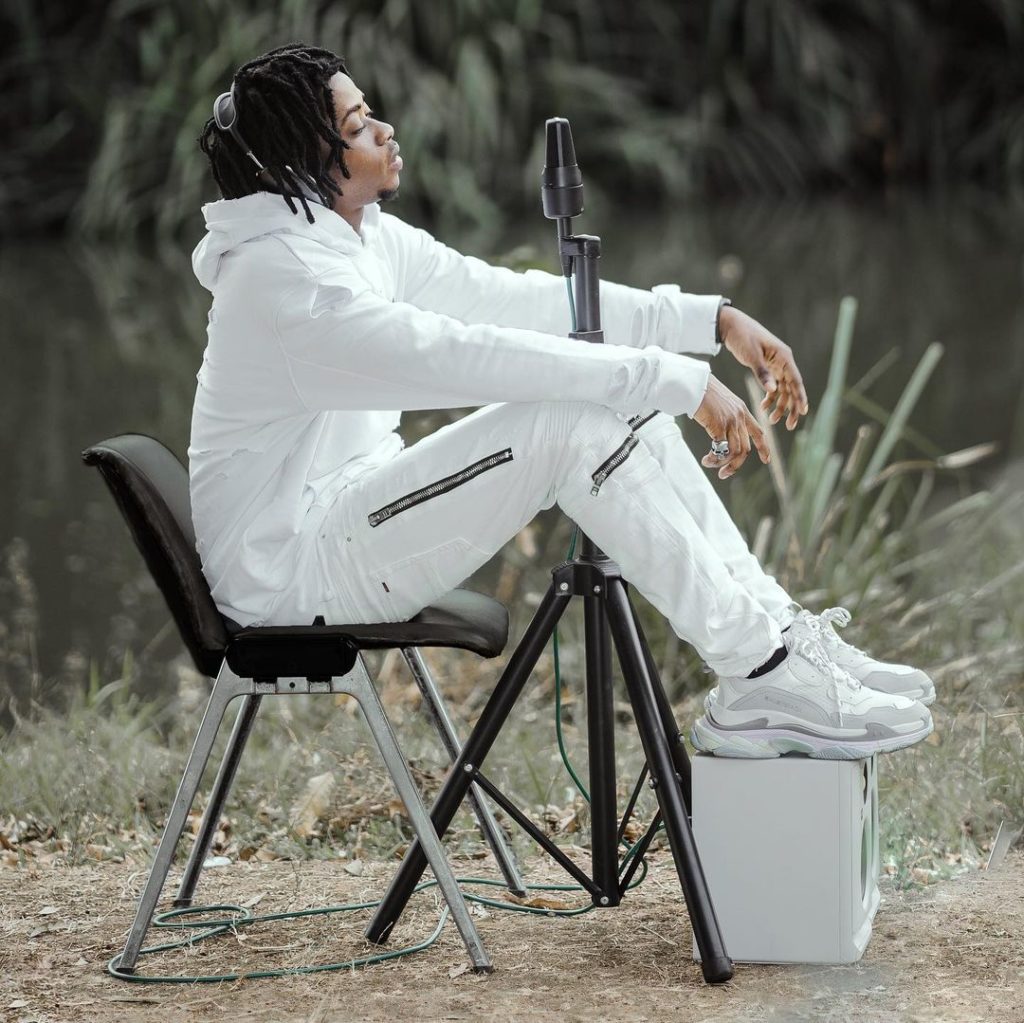 Nigeria’s hip-hop scene experienced a gradual shift accelerated by the meteoric rise and global explosion of Afropop that forced indigenous hitmakers to adjust their style. But, for JeriQ, rap-trap is getting bags into his money vault.

“I’m not pressured,” he points out. “The south-east hosts Nigeria’s biggest hip-hop scene. Rap is more appreciated here. I don’t even have to be in Lagos like everyone to make it big. I don’t at all consider my location as a barrier.”

When his father passed away in 2018, JeriQ had to cater to his mother and four younger siblings. Music, more than ever before, had become something of a serious business. As he drove a car he purchased from the proceeds of his craft into his family compound in Anambra, what he had now become would dawn on him, a fast-blossoming rap star.

Over 50 Nigerian languages ‘on the brink of extinction’