Shan George to Chiwetalu Agu: Be proud of your Biafra outfit… don’t deny it

Shan George, Nigerian actress, has tackled Chiwetalu Agu, the veteran actor, over his claim that he did not wear Biafra outfit.

The 65-year-old film star was arrested on Thursday by soldiers for wearing an outfit themed after the flag of Biafra during which he was also reportedly assaulted.

The army, however, denied assaulting the comic actor, adding that he was arrested after he publicly displayed his solidarity for the Indigenous People of Biafra (IPOB), a proscribed separatist group.

The movie star was eventually released on Friday, after spending nearly 24 hours in detention — a development that sparked widespread outrage on social media.

But shortly after news of his release broke, a footage taken of him while in detention at the 82 Division in Enugu, had surfaced online.

In the clip, Chiwetalu had argued that he only wore a civil dress even as he also debunked claims by the army that he supported the activities of secessionist groups in the southeast.

His stance on the outfit has continued to elicit several reactions on social media, with many Nigerians expressing their different opinions.

Joining the fray, George called out his colleague for denying that he wore an outfit supporting Biafra.

She said Chiwetalu should have stood his ground.

“My dear brother, you are clearly wearing a Biafra flag and you should own it with your full chest. I don’t get all the rising sun English you are speaking. I personally see nothing wrong in certain people fighting for their freedom,” she wrote in a now-deleted post. 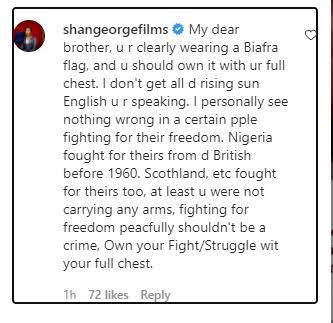 “Nigeria fought for theirs from the British before 1960. Scotland and the rest fought for theirs too, at least you were not carrying any arms, fighting for freedom peacefully shouldn’t be a crime, own your fight with your full chest.”

In a follow-up post, the actress slammed those criticising her earlier remark, adding that she was not attacking Chiwetalu as some claimed.

“Haters will understand your comment clearly, but chose to pretend not to understand, just because they are hungry to attack with their fake pages they created for senceless attacks,” she wrote via her Instagram Story. 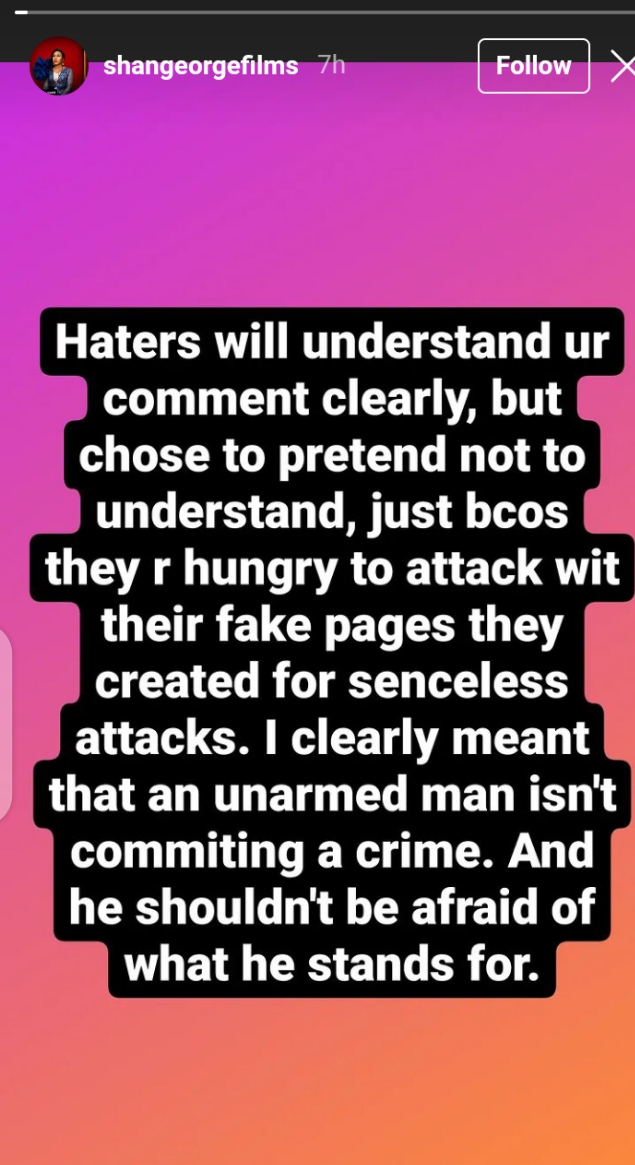 “I clearly meant that an unarmed man isn’t commiting a crime. And he shouldn’t be afraid of what he stands for.”