A video has shown Chiwetalu Agu, Nollywood actor, being confronted and allegedly assaulted by soldiers for wearing a Biafra-themed outfit.

In the footage, the movie star can be spotted in a long garment bearing the colours of the separatist state.

Chiwetalu is also seen on the street of a busy marketplace loitering around a vehicle on which his name was written. 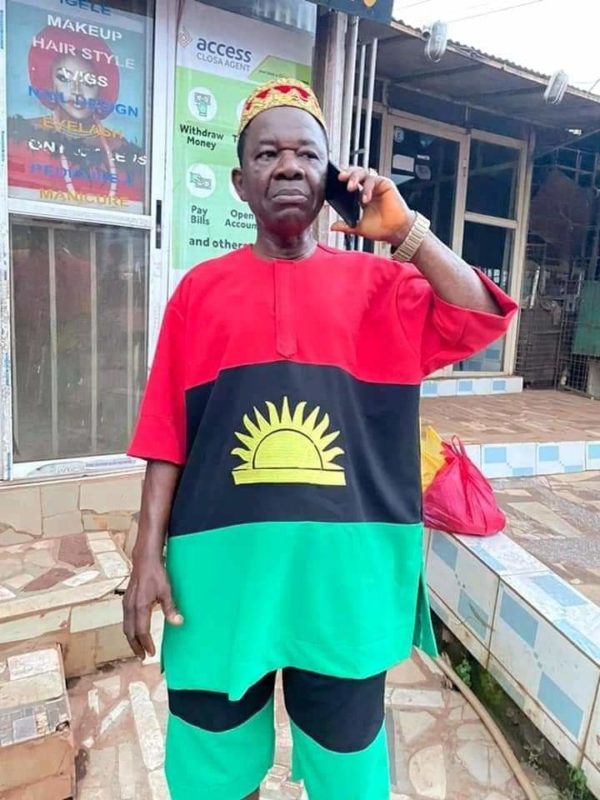 As the sight attracted attention, the army operatives could be seen brandishing guns while verbally engaging the actor.

It was gathered that Chiwetalu’s car was thereafter searched by the security operatives before he was allegedly manhandled by the soldiers who fired shots to scare off the crowd that gathered.

The incident was said to have occurred on Thursday at Upper Iweka in Onitsha, Anambra state.

This won’t be the first time Chiwetalu would showcase his solidarity for the Biafra agitation.

On September 16, the movie star, who is known for his hilarious roles, made the news after donning a similar outfit.