The ex-English football professional was in Nigeria on a three-day media tour and other series of events with Guinness, a beer brand that he represents.

On Friday, he had joined the likes of Davido, Kenya’s Sauti Sol, and Uganda’s Bebe Cool in the commercial city for the Pan-African Finale of the Guinness Night Football campaign.

However, what thrilled Lagos residents was when the 41-year-old ex-football star stormed Computer Village with his entourage, causing a stir among both shop owners and petty traders alike.

TheCable had earlier reported that Odion Ighalo, former Super Eagles striker, joined Manchester United on a six-month loan from Shanghai Shenhua, with an option to buy after the period.

Reacting to the development during his radio interview in Nigeria, Ferdinand said that what would be the difficulty for Ighalo is the challenge of transitioning in terms of football standard. 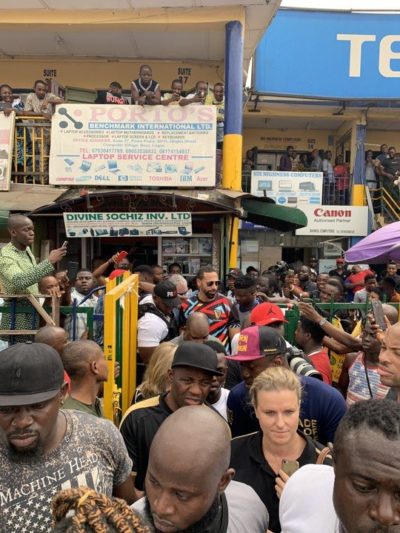 “I hope he does come good. Obviously, the difficulty is that he’s coming from a league that is trying to become a big-league and the quality is not the same as the premier league,” he said.

“He hasn’t played this type of football in the premier league for two years now.

“So, it’s going to be interesting to see if his coming in is positive. From his record in English football, I think he’s just over one in going in every two games. 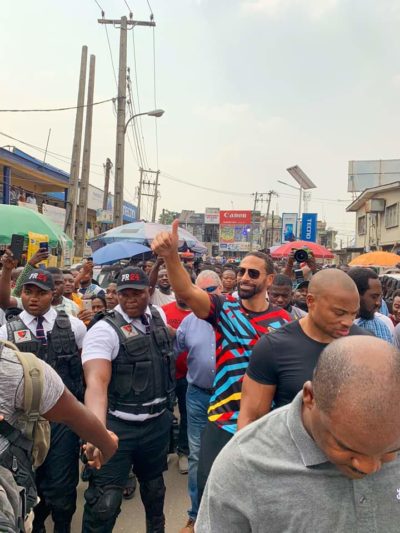 “What we needed in Man United is experience. You look upfront, we had Daniel James, played a handful of games and Mashall. There’s no experience there. You need some experience.

“He has that. He has a good pedigree in that sense. But there are still lots of question marks that remain. So, time will tell.”

Ferdinand is visiting the country for the third time. The football star had first visited in 2018 after Babatunde Fashola, the then-governor of Lagos, invited him to the commercial city.

‘They took it personal’ — T.I. speaks on being booed at comedy show

Oshoala, Iheanacho, Ndidi give N1m each as Davido rakes in N185m