Adeyeye Enitan, the Ooni of Ife, and Saheed Elegushi, the traditional ruler of Ikate-Elegushi were among the dignitaries who graced the solo art exhibition of Olubukola Bolarinde over the weekend.

Bolarinde, the artist and filmmaker, held her debut exhibition titled ‘106 Expressions’ at the Eko Atlantic in Lagos.

At the venue, the architect showcased her luminous artistic works to her audience.

Bolarinde, who is also the CEO of Yellow Dot Limited, a leading creative curation/production company, said she is using the exhibition to tell her story about “being African”.

She also said a lot of her artistic works are figments of her realistic experience as a Nigerian.

“To tell the story of being African, of being Nigerian. The story of unity in diversity the story that from the exhibits represent the north, south, east and west,” she said.

“I’m inspired by everything around me. A lot of what you see is actually born out of my experiences. The fact that I spent all my formative years in the northern part of Nigeria and I’m southern. I have heard loads of stories from my father, who is from Ekiti and my mother, who is from Oyo. 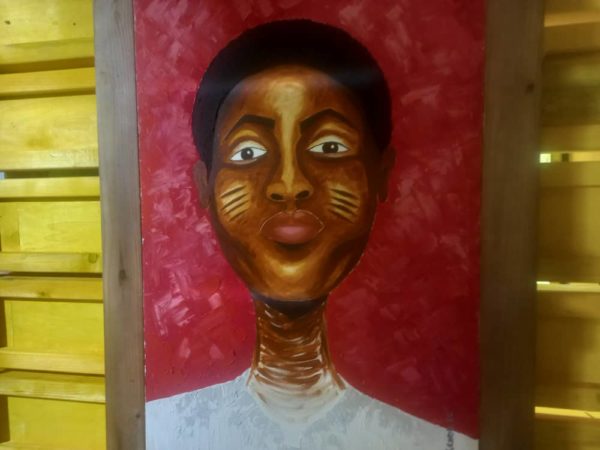 “I have heard a lot of stories from different people in Jos, to Kaduna, Zaria that have shaped my life. I’m a self-taught artiste, no formal training in arts itself.”

The artiste said the essence of the exhibition is to take the attendees through her combined world of architecture and art in a singular form.

“Being an architect, I would say is a plus and it has helped me,” she said.

“My art in itself filled my profession in architecture, because architecture is art. I got into architecture school in the UK solely on the strength of my portfolio in art.

“That showed me the two were one, and that’s what I’m showcasing. Bringing those two worlds together.”

Speaking at the event, Ooni commended the prowess of Bolarinde, saying she’s a formidable force to reckon with in the art industry.

“Bolarinde is formidable to give back to society. She brings a wealth of knowledge in the arts and uses that to connect every one of us. She has so much passion for many things,” he said.

Split into two sections, a part of the event involved the attendees sightseeing the over 80 paintings lined successively in a meandering space. 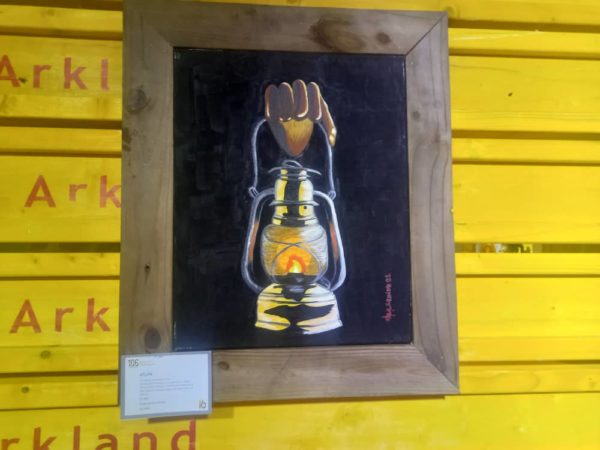 The drawings depicted different stories of traditions, history and humanities such as the Wusasa painting, an artistic tribute to the Christian community nestled in Zaria, Kaduna.

Another artwork was a painting of the Ooni while a portrait of the kerosene lantern titled ‘Atupa’ reflected Bolarinde’s childhood memories. Three other paintings intentionally lined up after another depicted different forms of the Yoruba’s tribal marks.

Another part of the show displayed 20 dresses that infused Bolarinde’s artistic insight through the help of two creatives Vonnemac Couture and Isi Atagamen.

The audience was also serenaded by Patoranking, Oritse Femi, and Goya Menor.

INTERVIEW: Why I enrolled my son in a mechanic workshop, by Kunle Afolayan