In 2010, Olumide Gbadebo gained national prominence for her oratory and insightful arguments on a now rested television show called The Debaters.

She was fiery, direct, articulate, took on unpopular topics, and consequently, won herself millions of fans. Although she didn’t emerge winner of the competition, the trained physiotherapy endeared herself to many Nigerians.

After The Debaters, she got into marketing and advertising “by accident” but along the line, she discovered soap making and after exploring the venture, Adunni Organics was born.

In this spotlight interview with TheCable Lifestyle, Gbadebo speaks on the business of soap making and organic products, challenges therein, and the cost of doing business as a budding entrepreneur.

TCL: How did it all start?

OG: In 2012, I decided to go back to my natural hair. I started mixing shea butter and coconut oil; I learned that from the internet. After a year, I started selling the shea butter mix to my friends.

While searching for things that I could add to make it better, I stumbled on a website for soapmakers and I found that the same ingredients could be used to make soap. I went to the market, bought sodium hydroxide.

I mixed it all together and it became soap even if it wasn’t good soap. I started getting recipes from the internet although they were foreign so I had to read more about what I could with locally available oils. I was working at the time so weekends were all I had.

I started making small pieces and giving it out, eventually, people started asking how much and they became more popular than the shea butter mixes. 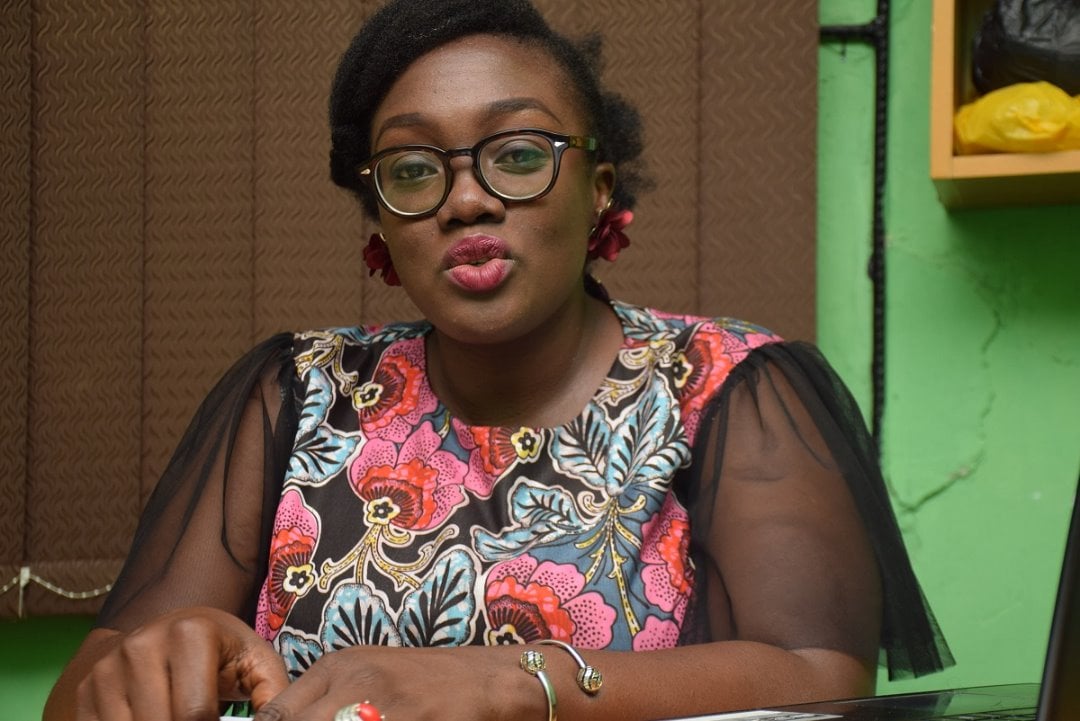 TCL: So you resigned?

OG: In 2016 I went on leave from my advertising job. By then, my monthly sales were almost the same as my salary so I resigned.

With my savings, I thought I had money so I rented a place. Almost all of the money was gone when I finished paying rent. I didn’t think it through that I would need other things like a fridge, desk and chairs. Three months later, I was broke.

Thankfully we had regular customers so we started living off sales I made every week. Then I had to learn to gather money because sales were in trickles. So what I learned is that in business, you have to prepare for expansion because it will shake you.

TCL: What loans or grants have you gotten so far?

OG: I have not been able to get loans. I went to a commercial bank and they asked for a house as collateral. I went to microfinance bank and they were going to give N2 million and I’ll repay N3.2 million so I had to withdraw. I had to learn how to reinvest the money made. 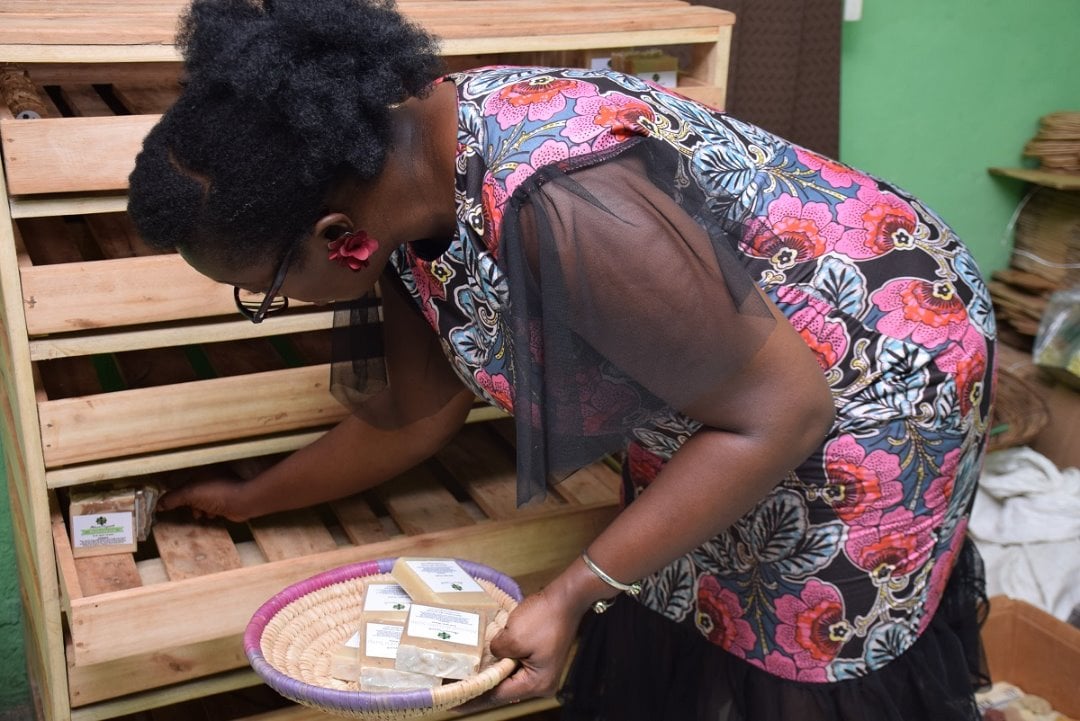 TCL: How do you get raw materials?

OG: It was hard to get raw materials. I checked online at first but our local people are not visible so I was importing some things when I started. Later on, I found my way around. I get cocoa butter from Ondo state, shea butter from Oyo and coconut oil from Badagry.

I have to be sure of their production process too and establish those relationships. Finding the selling good quality at a good price was difficult, getting it to Lagos is another thing so I pay them, trust them to put it on a bus and then link up with the driver to get it.

The consistency of supply is another challenge because they are also small businesses like us. The price is also not consistent because today shea butter is in season and tomorrow it is not. You cannot raise your prices all the time so I had to learn when to order to get the best prices. It’s not about having the money, it’s knowing the best time to order. 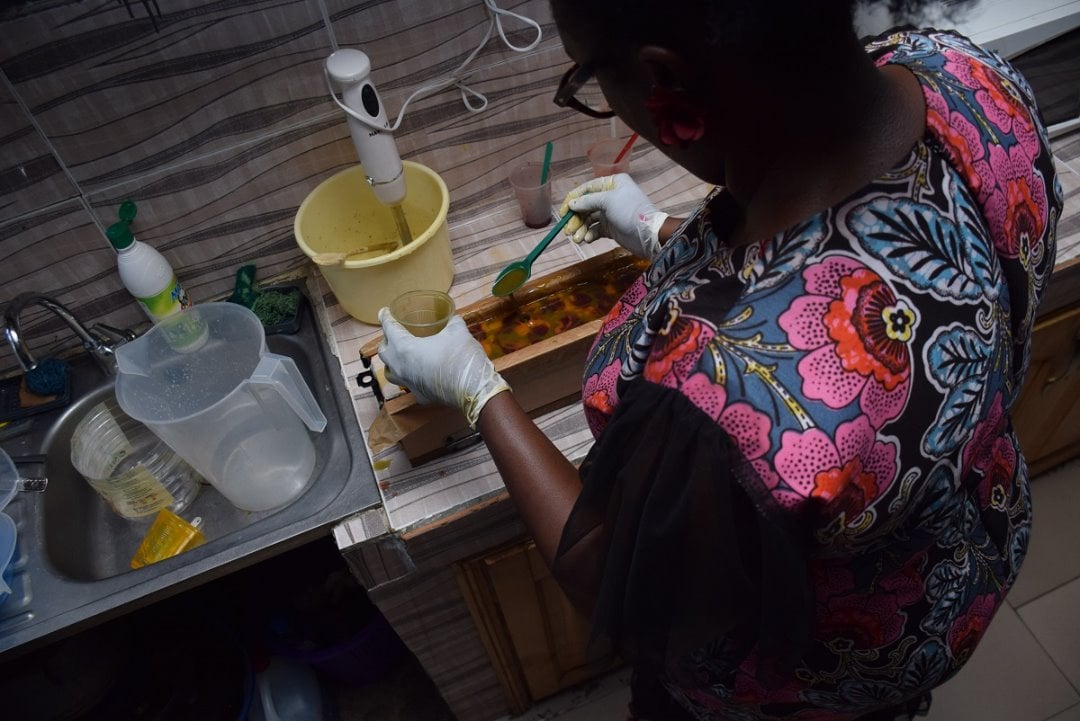 TCL: What about the cost of keeping the business going?

OG: Because I am producing, I have to spend more on the cost. Before now, I used to do direct calculations saying N20 coconut oil will give me 10 soaps. I didn’t factor in electricity, shipping cost and all.

Then I found an app that helps me calculate the cost to the last kobo for every product. Then we calculate our profit margin to set the price.

TCL: What grants have you tried applying for?

OG: I didn’t get in when I applied for Tony Elumelu. I’ve applied for a number of grants, there is one currently run by the federal government; it is a very long process but we are in the final stage. It’s the GEM Fund, they take you through training so we move from phase to phase and at the end, you apply for a grant.

We’ve gone to the Bank of Industry and we are in the middle of that. One thing that is clear from this application process is that your financial records have to be solid.

LSCTF, I applied online. I was told that they saw my application but they didn’t see any of the documents that I attached. So I was advised to start again. This was six months after applying. 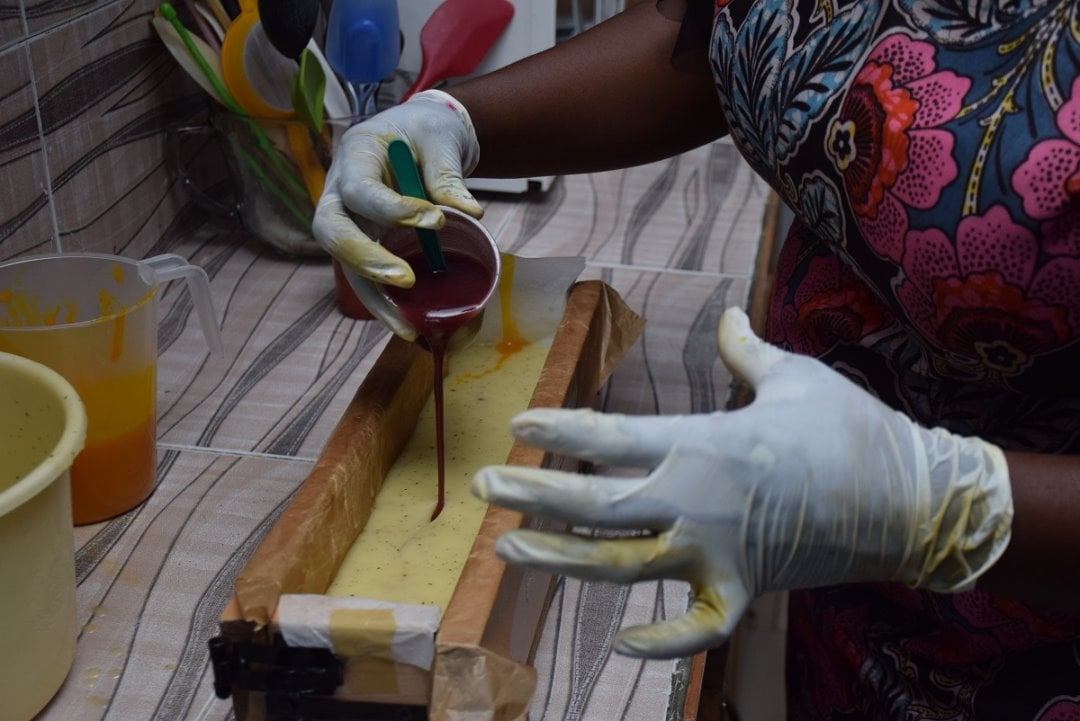 TCL: Have you been able to get your products registered?

OG: I went to NAFDAC, they said I should go and get an agent. I went and got some man who came to visit me in the house and said ‘ah, no, just be making your thing small small. You’re not ready at all’.

He gave me a long list of things that I needed. He said the first thing is you need a structure that you can divide into five rooms. The structure must have tiled floors, mosquito net, borehole. There’s a very specific list of rules the building must have. You have to be in control of the entrance, you have to be the only one in the compound. They are very specific.

You need to register each product, per size. So if you have a soap that comes in three sizes, each size will need its own registration and that costs N75,500 each. Apart from this, you need to do an independent lab analysis for each of those products. When I went round, I was given a bill of 24,000 per product. 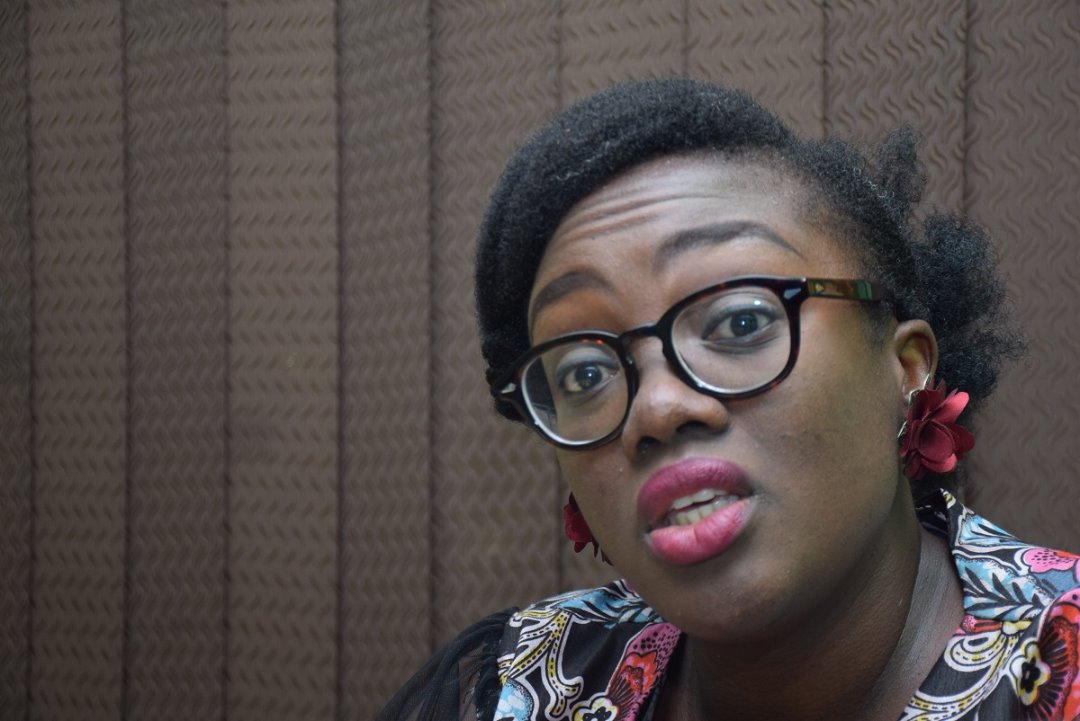 Your label must have the name of the product, batch number, manufacturing date, expiry date. You must be registered with CAC, you must have a trademark.

They want to see the letters of appointment and acceptance of key officers with their credentials. They want to see your standard operating procedures. Now, this SOP is a document that when I was looking for somebody to do it for me they said N250,000 per document. I had to sit down and write it myself because I don’t have that kind of money. And they want six SOPs.

Going through the list, one would spend not less than N95,000 per product. I have 30 products. Let’s even say I want to register just 5. That’s N500,000. So basically if I don’t have a million plus, NAFDAC is impossible. What am I selling? How much am I selling it? That is the stumbling block to NAFDAC for a lot of people. Because I think it is a little much to ask for these requirements from a small business that’s just trying to come up. 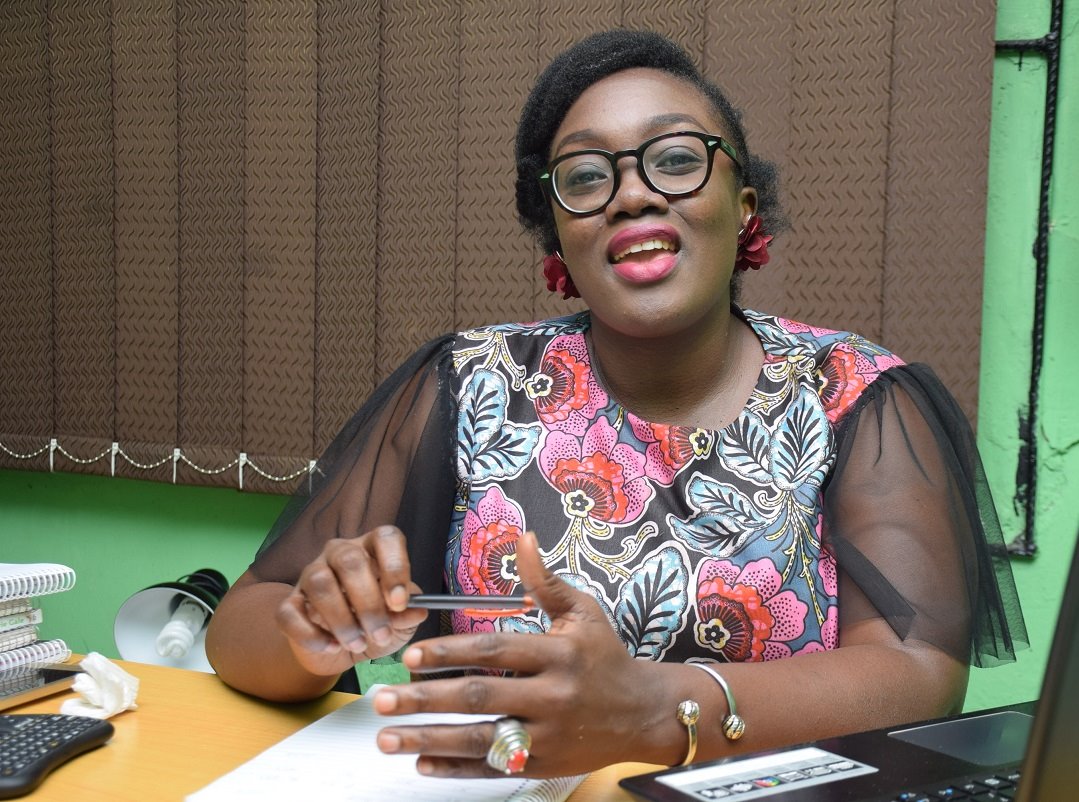 TCL: You rely on social media for customers, how do you get past the distrust?

OG: There’s a lot of distrust and I don’t blame people. Maybe 70 to 90 percent of our first timers ask if they can pay on delivery. Because we are able to collect cash on delivery, it has helped to build our image quite a bit and we were able to do that from the beginning because luckily for me I was able to get a delivery company that said they would be able to handle cash.

Most of the time, after they’ve done that first order, they can now pay into our account. Now it comes at a cost to us because the delivery company charges us for cash on delivery but we have to absorb it because that’s what makes our customers comfortable.

SEARCHLIGHT: Afrofunk and the rise-fall of Harry Mosco