INTERVIEW: Why I enrolled my son in a mechanic workshop, by Kunle Afolayan

Known for critically-acclaimed movie productions, Kunle Afolayan has won the hearts of many and grown to become a force in Nollywood since making his debut in Tunde Kelani’s ‘Saworoide’.

Regarded as one of Nigeria’s most successful filmmakers, Afolayan uses his movies such as Irapada and Figurine to tell historical tales.

In this interview with TheCable Lifestyle, Kunle talks about his new movie, ‘Mokalik’, which he says is targeted at winning an Oscar, the inspiration behind it and his reasons for enrolling his nine-year-old son at a mechanic workshop.

Would you say Mokalik is different from the type of movies released by Golden Effect Productions?

Yes, I must say this is a production that is very dear to my heart and the most realist production I have ever done and it’s targeted at the Oscar awards.

What informed the choice of the cast?

Casting for a movie is a lot of work in any production and for the choice of my present cast, looking back to some of my past productions from Irapada, I like to make use of the actors the world has rejected because acting does not have retirement age. So why should we relegate some to compulsory retirement? For me, I like to go for talent and not the popular big names.

What exactly should your fans expect from ‘Mokalik’?

What I am trying to do is tell the story of an average handy person, people who make use of their brain and not just the hands alone because these modern days, a lot of people believe that education ends in the classroom. In those days, a lot of people who are school dropouts are the ones that are forced to go and learn handy works but for me, I have done a bit of research and I have come to realise that a lot of these people always turn out to be geniuses because as technology upgrades, they also tend to upgrade too. 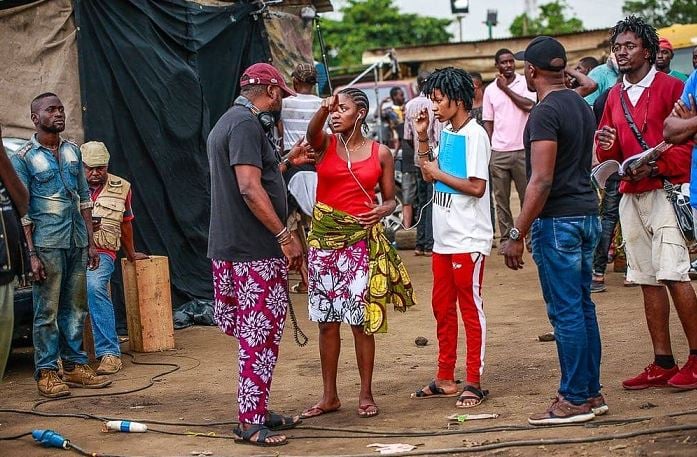 How did you get the inspiration for the movie?

Definitely from the mechanic workshop where the movie is being shot because I came to this particular workshop to repair my car and I found myself coming three times a period of two weeks and I experienced something that I have never felt for a very long time. I felt it was something the whole world needed to be aware of.

As a filmmaker, how do you feel when you see wrongly subtitled movies?

Sincerely, you can’t find that in my movies but even in Hollywood you see few of such. We have several filmmakers and don’t forget there are grades in movie productions. Is that not Odunlade Adekola, Femi Adebayo winning awards? They have their market and their market loves their movies irrespective of the blunders made during subtitling. They put it on Africa Magic. So why didn’t they vet it before showing it. The people watching it don’t have a problem; it is us the elite that has all the time to see this. Truth be told, I hardly watch them because I am keen on watching movies that will challenge me and change my orientation about certain things. My children watch them a lot and that does not make them speak bad English.

Are you saying you don’t feel embarrassed when you see such?

Not at all. I don’t feel embarrassed because this debate has been going on for a long time and most of them have built several houses, bought cars and are superstars in their own right. Those who are speaking big grammars, do they have such accolades?

So who do you think should monitor these lapses?

Well, I don’t know, maybe the audience because once they begin to reject such movies, producers will begin to work on it but the audience doesn’t care. It’s like the films we take to cinemas, people don’t like movies that are too serious; they want plastic comedy and tomorrow they won’t remember the story. 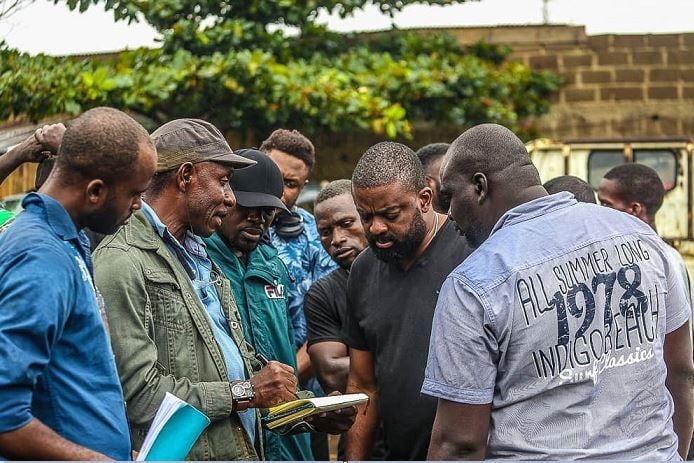 If not filmmaking, what other professions will you have gone for?

Maybe a musician because when I have the opportunity of holding the mic in public places, I sing and I also play a few musical instruments. I know a lot of people would want to see that aspect of me but my kind of person usually doesn’t force things to happen; they just happen naturally.

It is often said that sex for roles is the new thing in the industry, have you encountered such?

I have never encountered such.

Why do you think they never come to you?

I have been tagged as a proud person in the industry. Social media, for me, despite its numerous advantages has a whole lot of disadvantages. It’s only in those days that people will come out and say he asked me for sex to give me role but this access to social media; they will even be the one to send messages to you that I can do anything to pick a role in a film but hardly would they say such to me because I am too busy to read such messages. 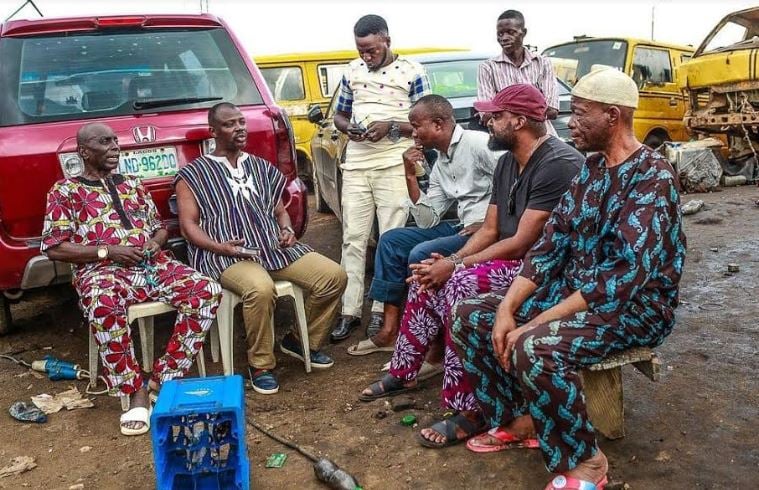 When your son’s picture at the mechanic workshop surfaced on the internet, many thought it was for publicity; why did you take him there?

Well, a lot of people know I don’t involve myself in anything that has to do with publicity stunt. I met a guy who is a mechanic consultant and when I brought my car, I saw a lot of things being done at the workshop coupled with seeing lots of kids there and coincidentally it was during the summer holiday where lots of kids will be at home watching movies and playing games; so I wanted to curb that. I brought my son to the workshop because as big as this workshop is, there are several departments ranging from rewiring, upholstery, painting, among others. So before I ran the idea by him, I had taken my daughter to the tailoring shop to learn too.

How did he take it when you informed him you were taking him to the mechanic workshop?

The truth is on the first day he cried in the morning and because my kids are very cultured, when I told him he was not really against it.

The picture I posted on my Instagram was exactly what I met him doing at the workshop when I went to pick him up and when I told him it was time to go home; his response was ‘can I wait for an hour’ because he was busy doing something. Every other day, he woke up early enough to get to the workshop, meaning that he had already developed an interest.

Also, I wanted to him to see life differently because he got to meet different people from different classes and it’s quite funny that they call him ‘engineer’ at the workshop and whenever he gets back home, I take out time to find out what was learned for the day.

I got N500 recharge card from my first artwork, says Nigerian artist who drew Trump’s portrait