Dubbing Alpha P an embodiment of versatility would only be pointing out the obvious. His sound presents itself as utterly refined and distinct as his style of Afrofusion nearly defies description. He is well attuned to the stylised rhythms of contemporary hip hop; knows his way around trap & rap.

The unique collision of his tender vocals with the upbeat instrumentation to his EP leaves one throwing nods and moves. The teenage crooner — real name Princewill Emmanuel — grew up immersed in the rap culture, having been exposed to the works of US rappers like Drake, Kendrick Lamar, and J Cole, as well as pop icons like Justin Bieber.

He lived a better part of his childhood in Benin City, Edo state, where he started building his fanbase as young as age 10. In high school, Alpha P was lauded by his circle as the Afrobeats star with the riveting flows. From his days of doing freestyle music, his attempt to hit the mainstream scene by first cracking into the Lagos music hub would land him a deal with the Universal Music Group (UMG) in 2019 — a win that set him on the path to his big break.

Alpha P put out his debut EP ‘King of Wolves‘ in 2019 and followed up with the compilation ‘Wolves & Mustang’. In this interview, the 18-year-old speaks about his outset in music and his latest stage performance with Trace TV.

It’s tough out there in the wild. The industry is no joke. If you were to think again, at what point did it occur to you that music was the thing for you? What inspired that sudden realisation? 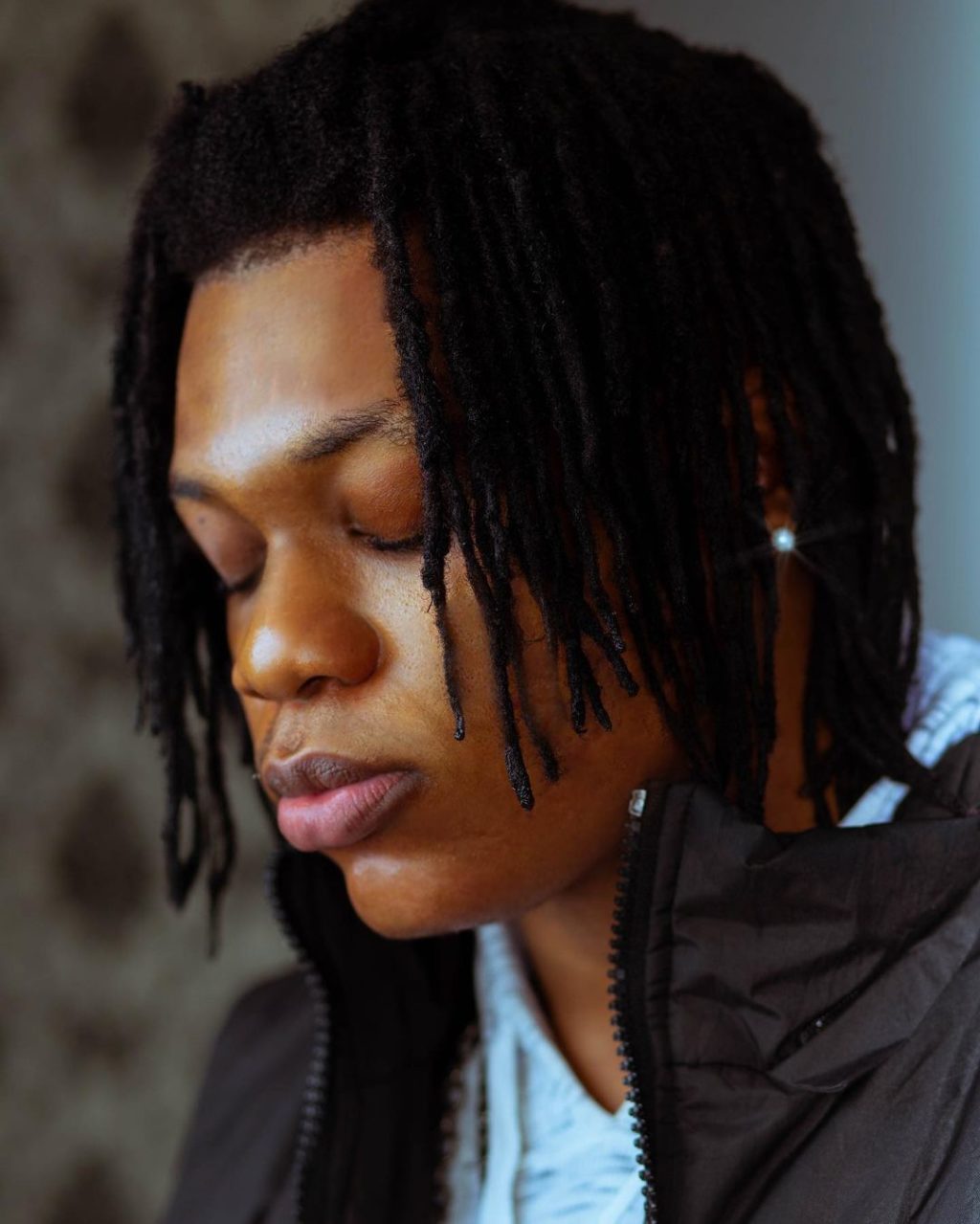 It’s the glitz and glam of stardom for one. It’s the quest to liberate their family from financial woes for others. Almost every artiste had a strong motivation starting out on this path. What was yours?

Apart from seeing Justin Bieber on TV, there was me just trying to do better. At the time, we weren’t exactly in the best of situations. I decided I wanted to work and grind. I had a vision for my family about moving to the next level. I felt chasing the music would help me achieve that. I also had personal goals about the type of message I wanted to convey in my music, enough to bring something new to the game. This way, I was motivated to stay at my game.

You seem to be a part of this grand league of singers who started out in the church community but deviated, so to speak, from gospel music. What do you have to say about this common pattern?

I wouldn’t say I deviated because I’m still spiritual and closer to God right now.  I’m still a church boy. That was like my biggest platform as a kid. The church was the only place that gave me a listening ear for my music and sound. As time went on, I was directed to this path. I make positive music, so it’s not like I deviated. It’s still the same line.

I understand you started out fresh, rapping in church. Tell us more about this period of your life.

I started out as a rapper because that was what was cool at the time. You were either rapping or dancing. I wasn’t too good with my [dance] moves so I stuck to rap. I got inspired by Drake, Bob, and some other icons who were rapping and making a difference with their music. That was like the phase I started out with. Today, I’m here.

As an Edo-born crooner, you started young too. Edo isn’t exactly a music hub, not like Lagos at least. How did you build your network from there enough to hit the mainstream music scene?

I had to do some groundwork building a fanbase in Benin. Until now, I still have a lot of people from Benin still in my comment section supporting and rooting for me. While I was there, I made a lot of noise and I was recognised.

I left Benin when I was aged 16. It was the following month I turned 17. That was in January 2019. I felt I was being too comfortable in Benin. I had pushed things to a certain level but I was yet to move in. I felt the only place to proceed would be in Lagos. I needed to grow; I had a sound people hadn’t really heard. There was something within that was just pushing me to leave Edo. I talked to my parents and they were supportive. That was in January 2019.

How about your journey towards getting signed to UMG? Don’t spare any detail, will you?

Getting signed to UMG was a big one for me at the time because I didn’t come to Lagos to get signed but to work and evolve with my sound basically. Luckily, I met my manager who introduced me to Bizzle Osikoya. He sent my song to the general manager of Universal. They loved it and the experience with the label has been great since.

What was it like making ‘King of The Wolves’ (EP)? Tell us everything: the long hours in the studio lasting six months, the songwriting, the partnerships, the eventual release, and the reception.

King of The Wolves was a special one for me because it was my debut EP. I wanted people, to listen and understand my sound because I’m not just an Afrobeats artiste. I have much more to offer. If you listen to my songs, you hear Afrobeats, trap R&B. You just get to hear so many sounds. That’s like a blueprint for the Alpha P sound. I felt like, with my creative process, I achieved what I wanted to. The reception was great too. I’d felt anxious as anyone would when they’re bringing something totally new because a lot of those sounds have never been here before. I didn’t know how people were going to react. But to my advantage, people gravitated towards it. It’s been great since then.

Wolves & Mustangs was like a freestyle project. I had fans who pressured me to drop them. During the covid period when I couldn’t put out music, I decided to complete the freestyle. Surprisingly, people loved it when I dropped.

I listened to your EP but I’m curious to hear it from you. How would you describe your sound?

You can call me an Afrobeats or Afrofusion artiste because I mix a lot with my music. But I’m not just that. I know it might sound cliche but I’m just trying not to box myself in Afrobeats or trap. It’s just facts. As creatives, we’re here to create a whole lot of stuff. I don’t have a name for it just yet but we’ll call it the Alpha Sound for now.

What’s your creative process like? What inspires those things you sing or write about?

It’s pretty different sometimes. Unless you’re in the studio with me, I can’t really explain. My personal experiences, some imagined stories, and people around me can inspire my songwriting though. I can be taking a walk, see this pretty girl, and decide to make a song about her. There’s just a lot that can inspire me to make music the way I do.

We see the comparison of artistes by fans every now and then in this tussle for dominance. Speak on it. What’s your take on stan culture, social media, and fandom in the Nigerian music scene?

Comparisons and stan culture? I feel that’s only a way fans get to entertain themselves. I don’t let these things get to me because I know who I am. Without it, the industry won’t be where it is right now. So I just let them have fun.

You said something about the hip-hop culture in Nigeria not letting rappers thrive. Speak on it.

I only said we haven’t gotten to that level yet, like, hip hop isn’t respected as much as Afrobeat is in Nigeria. There are so many talented rappers who deserve credit but are being looked down on because they rap, not sing. They’re not getting the accolades they deserve and, when they do, it’s not enough. To be a rapper isn’t easy and I speak from the pain I had to go through as a rapper myself. The culture is growing; getting better but we still have work to do.

How did this reality influence your decisions about the rap-to-singing ratio in your music?

Nothing really influenced it apart from me. I don’t let too many things determine the direction I go as an artiste. It was just my decision to move from a certain level to the next one. It just happened the way it happened. I evolved. 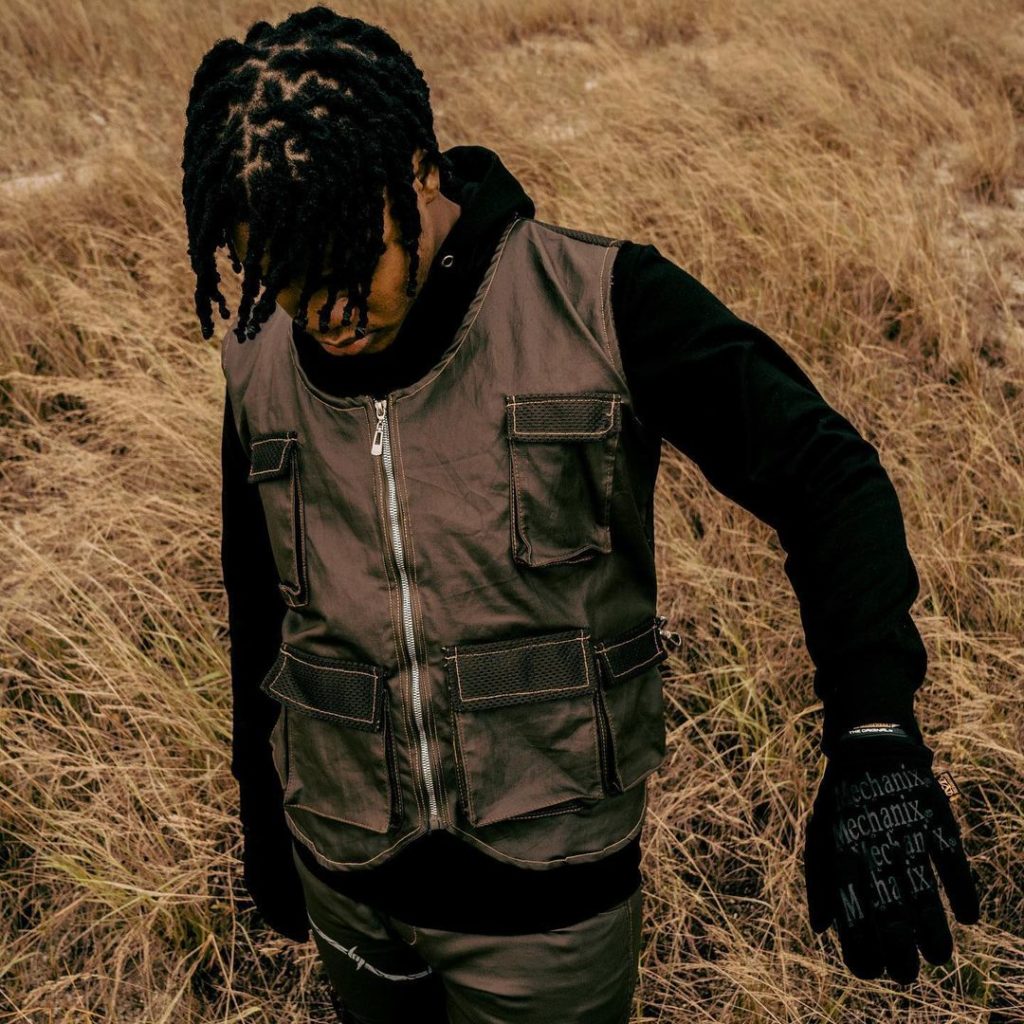 The Afrobeats movement is doing things and going places. But it remains the only way the global audience defines the pop music that comes from Africa. Does this bother you, as a young artiste?

I wouldn’t say it bothers me but I feel people need to open their minds to more sounds coming from here. Africa doesn’t just present Afrobeats. There’s a whole lot of genres. So it’s very wrong when music comes from Africa and you just leave it at “Afrobeats”. I get the point but more people need to be educated to see that a lot is coming from here and the respect should be there for those who are working so hard, only to be classified as “Afrobeats” artistes.

What has been your experience with Trace Naija and how has the brand propelled you?

My experience has been great. The band was amazing too. I didn’t have days of rehearsals with them. I just did like a quick one. It was quick and short. I had a great time with the band. Definitely, I will love to work with them. The Goosebumps, big shoutout to them. Stage freight can be a thing for people but I don’t experience that. Before I can be anxious, which is normal with people. But as soon as I get on stage, it’s all gone. I just do my thing, you know.

Where do you see yourself in the coming years?

Becoming the best version of myself. I have a lot of projects I can’t really disclose right now. I have a collaboration with DJ Tunez. I have international collaborations coming this year too. Shout out to the fans much for all the love.