Abiodun is a close friend of Afropop singer Davido and son of businessman Dapo Abiodun.

The DJ and his friend Chime were said to have been found unconscious in his car.

Davido reacted to the death via his social media accounts, where he mourned the passing of two “brothers”.

On his Snapchat page, he wrote: “2 brothers gone in 4 days.”

The singer also took to Instagram to pay tribute to the DJ, saying, “We killed shows back to back together for four years straight. A part of me is broken”. 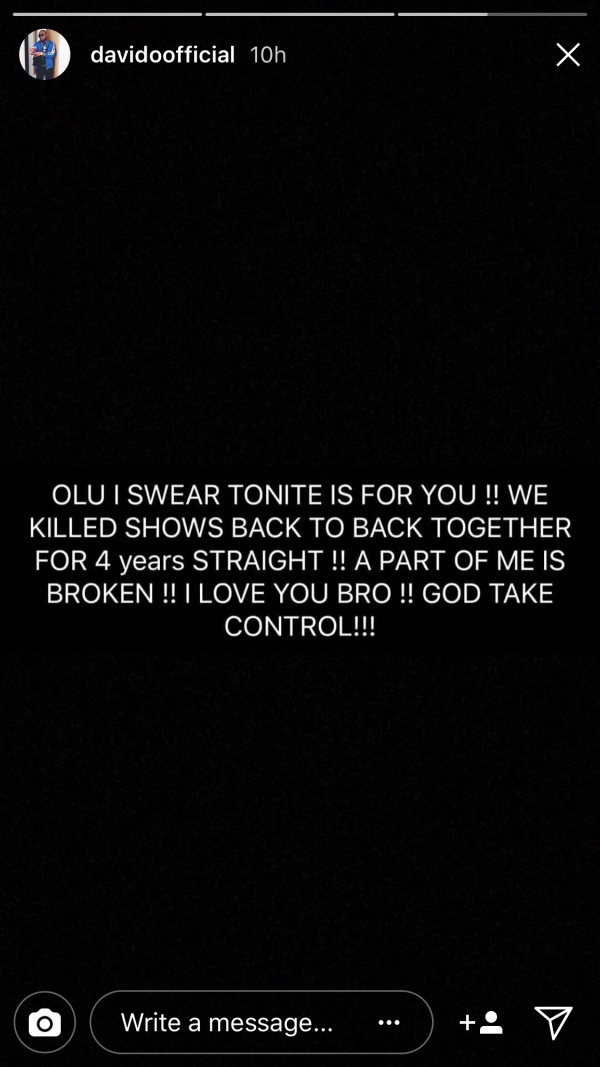 In another Snapchat post, the ‘Pere’ singer wrote, “RIP DJ Olu. I love you more than you can imagine. Till we meet again”.

In a subsequent post, the singer expressed a desire to be with his children. “I just want my two daughters in my arms right now”, he wrote. 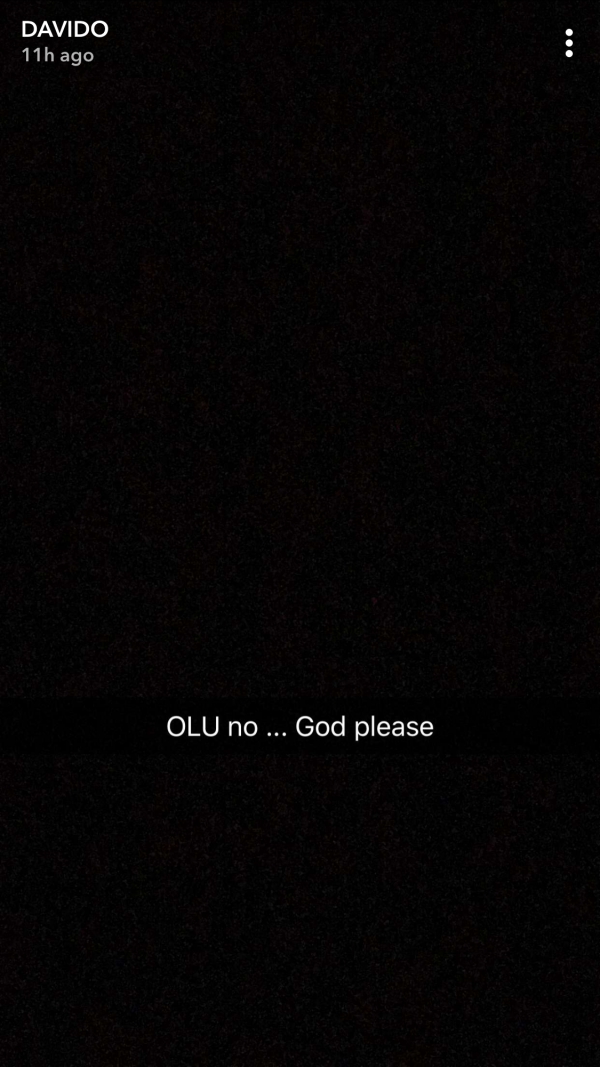 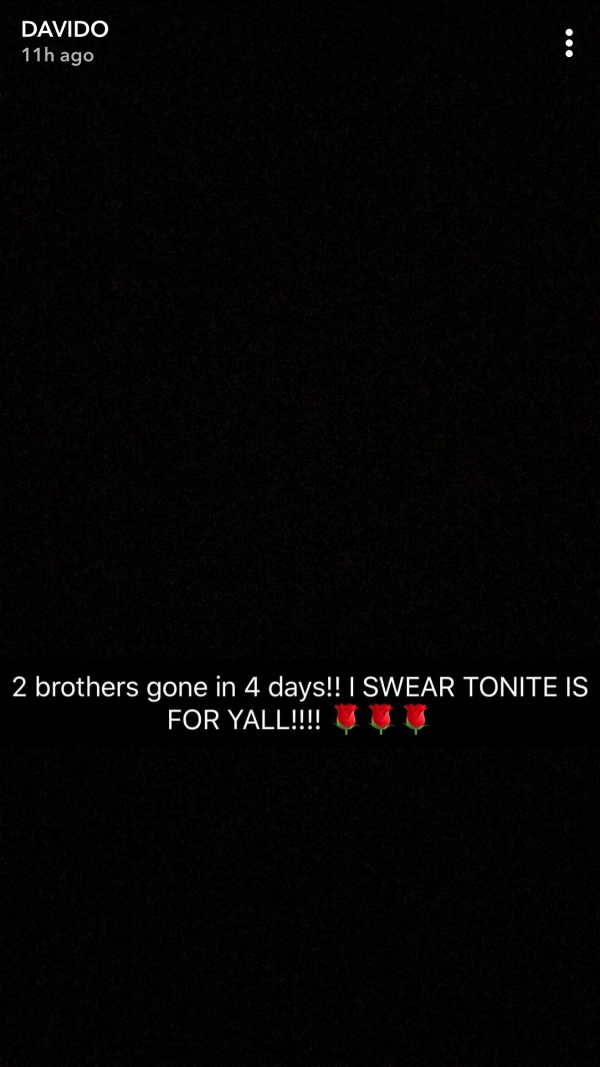 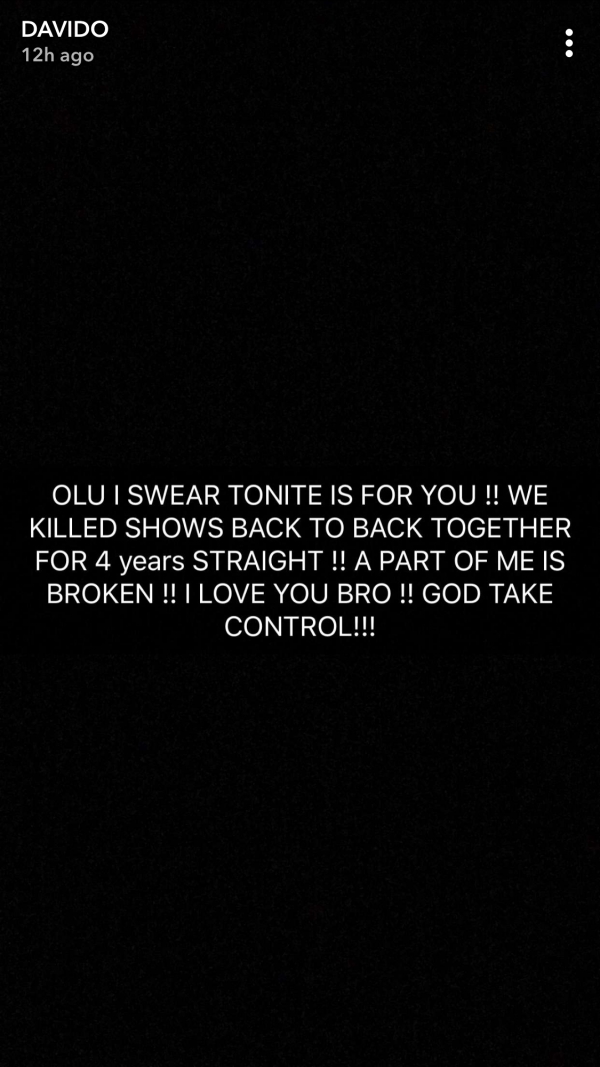 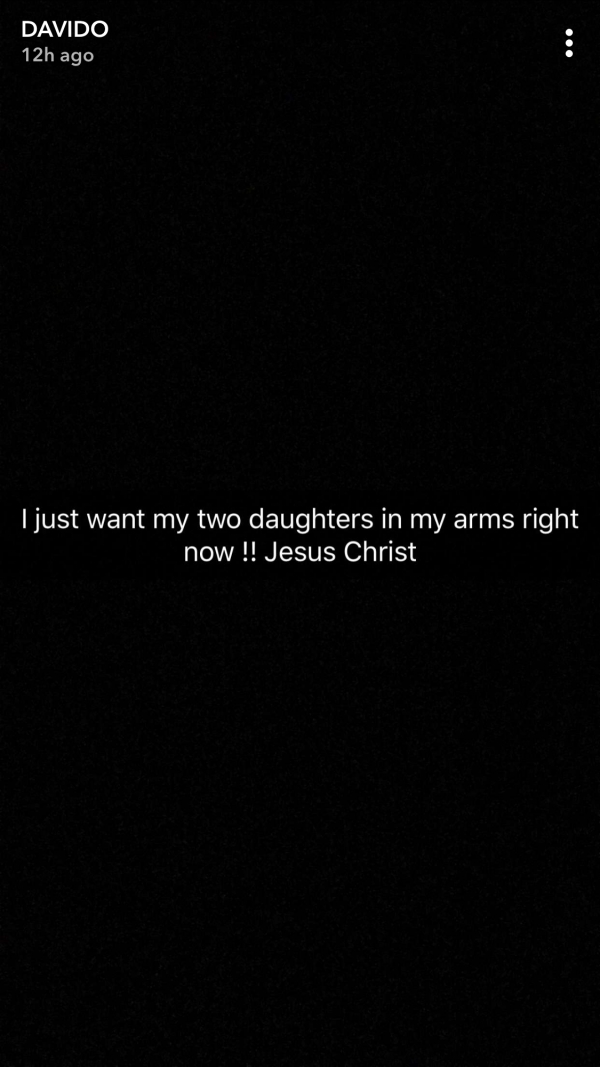 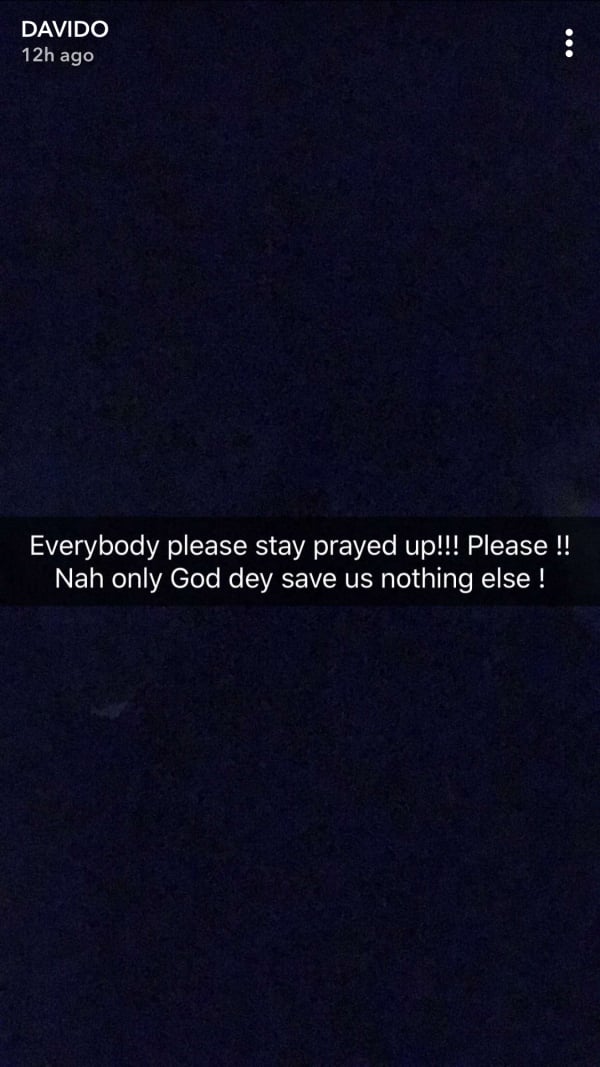 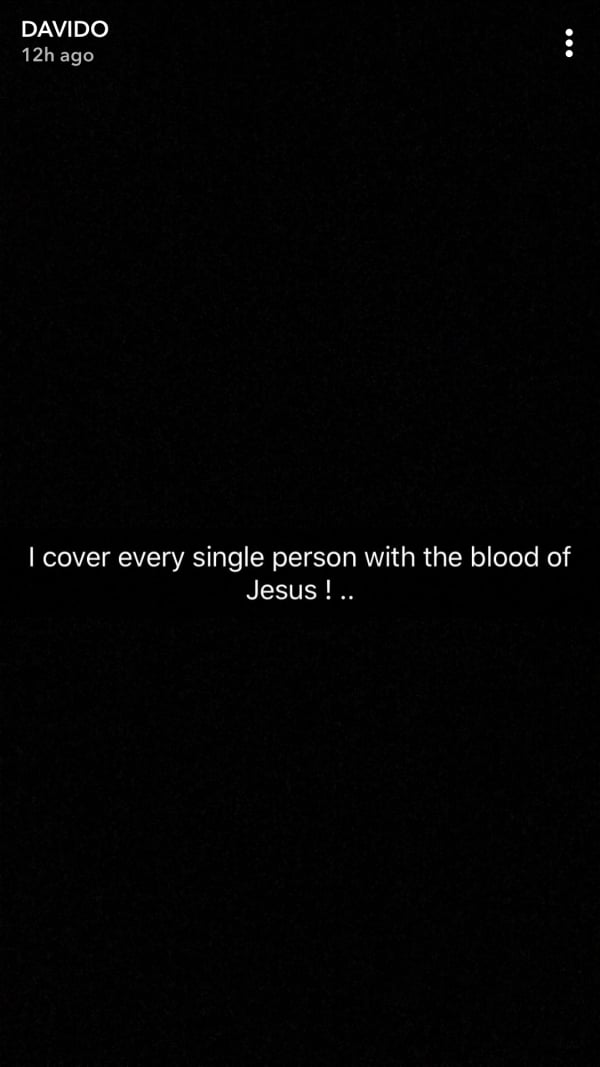 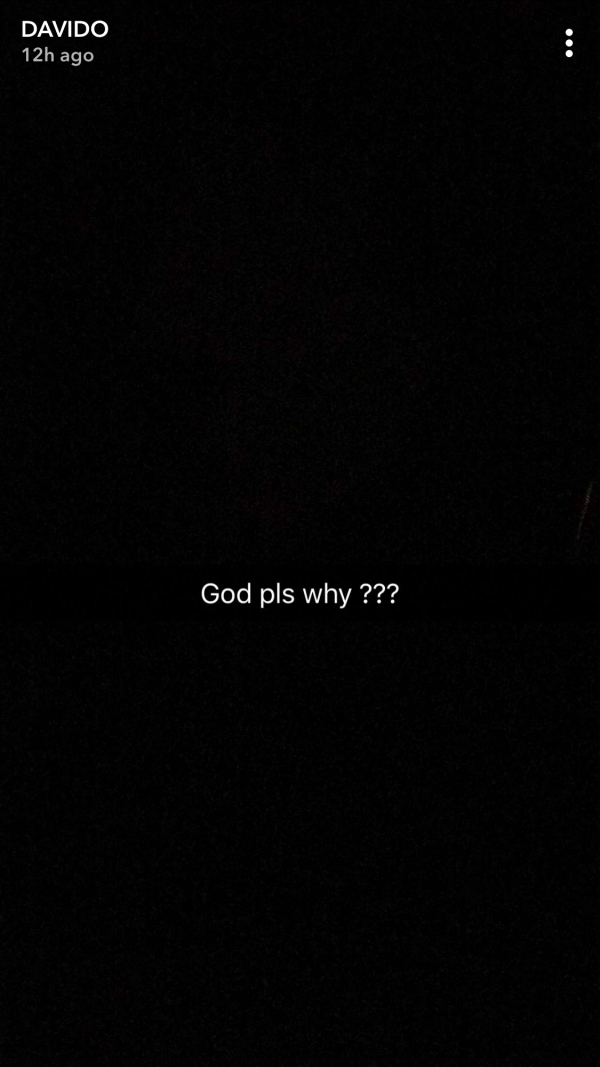 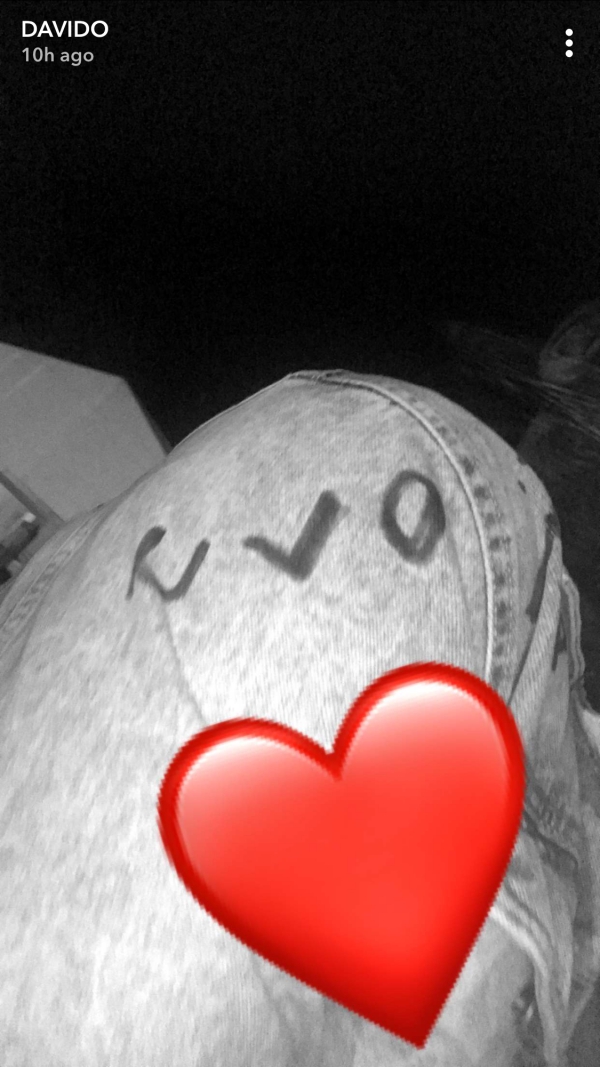 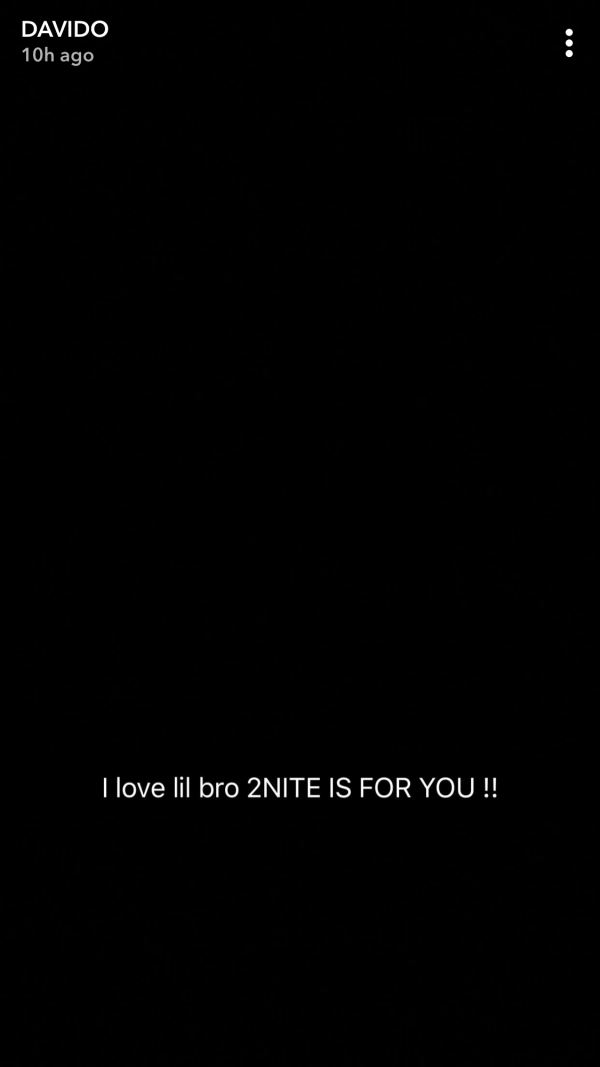 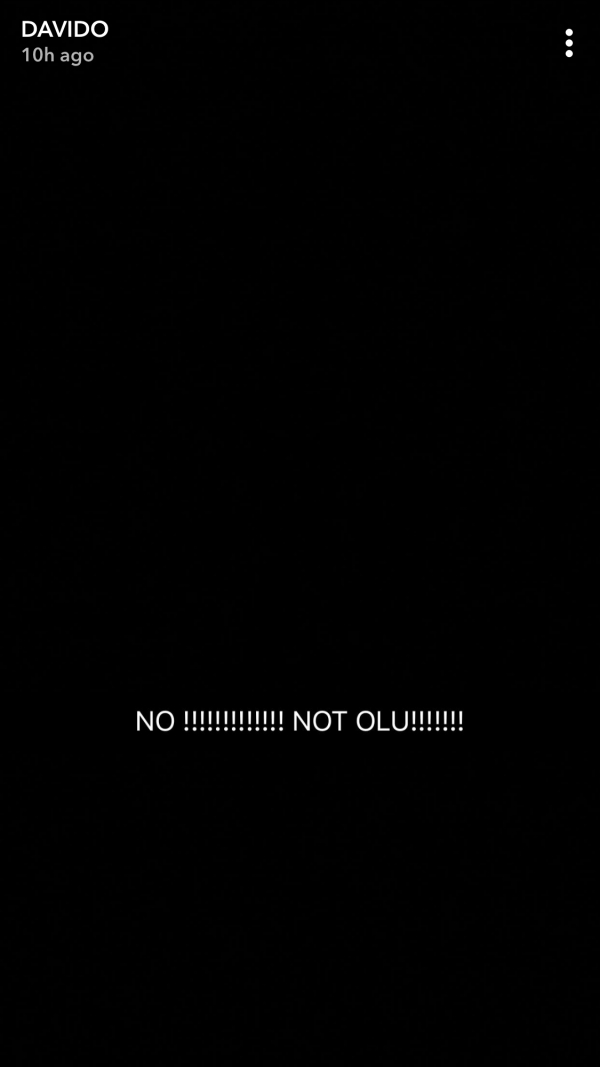 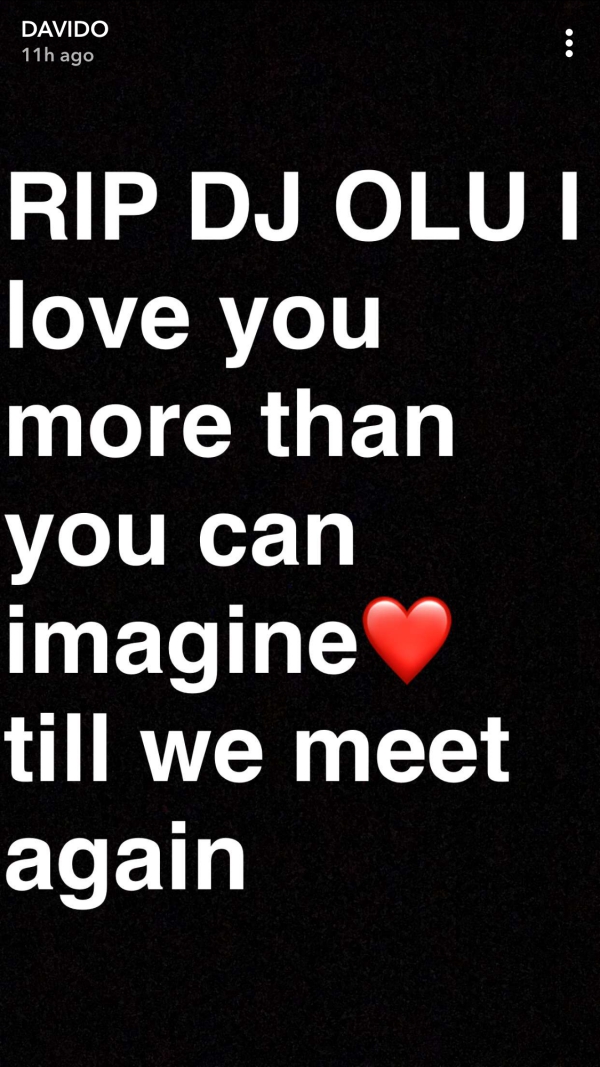 Four days ago, actress Caroline Danjuma accused Davido of being complicit in the death of their mutual friend Tagbo Umeike.

The OBO singer would later deny any involvement in the incident, saying only “God knows the truth“.

Danjuma and Davido were on Friday invited by the police for questioning on the incident.

The Afropop star recently released the video for his collaboration with British singer Jay Sean.

The singer, and Wizkid, were nominated for Best African Act at the 2017 MTV Europe Music Awards.