From pricking Nigerians with “new-grown” cleavages to flaunting the curves and buttocks, the 27-year-old, often referred to as “male Barbie doll,” has continued to pull unprecedented stunts in his quest to be a woman — or a transgender.

As if previous social media stunts didn’t suffice, the controversial public figure also bewildered his fans and internet users after he claimed to have severed his genitals in pursuit of a more feminine appearance.

“Okay, let me help you all. Those of you asking where is my [manhood], I don cut am since. What will a fine girl like me be doing with Gbola (manhood)? I hope I’ve answered your question,” he said while replying admirers in an Instagram post.

In May 2019, Bobrisky took a critical shot at detractors who refused to acknowledge her feminine status, having continued to refer to him as “bro”.

In an expletive-laden video rant, he said:

“I post pictures and some people will tell me ‘You look good, bro.’ Who is your bro? I’m a beautiful girl. When I post and you want to comment, you can say ‘You look beautiful, baby girl or pretty woman’. Don’t come to my post and tell me ‘bro’. Let’s learn to respect ourselves.”

He went on to ask fans to “accept” his new look while speaking to Broadway Africa TV.

This was after the flurry of criticisms that trailed his cleavage stunt. Critics had claimed that he either underwent surgery or wore plastic boobs in a photo that appeared on social media.

“You know when you’re doing something and you’re not really good at it, I’m trying to be very perfect at what I’m doing. You guys should just accept it that way, Bobrisky is growing boobs,” he said.

“I didn’t really do anything serious to grow boobs. Just eating and some pills to give us, not really boobs, but to that cleavage look.”

Recently, he bragged about having experienced a business boom in recent times, adding that he amassed a whopping N8.5 million through his makeover venture within the space of two weeks. 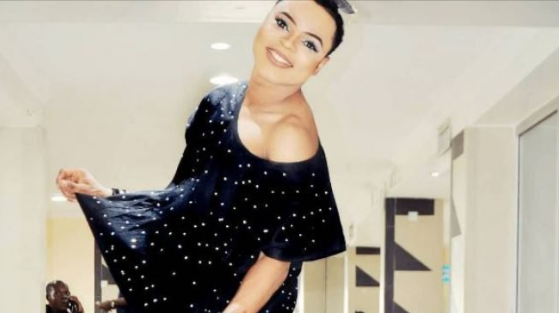 He also boasted of a hoard of fortune in both Nigerian and foreign accounts.

“You guys should be proud of me. Guys, in just two weeks of my lashes sales, I made 8.5 million naira! Imagine how much will be in my other accounts. I have five accounts in Nigeria, one account in UK and one in USA. I can still boast of 75 million naira in only my Ecobank account,” he said.

After starring in ‘Bobrisky in Love‘, the National Film and Video Censors Board (NFVCB) had initiated three panels to critique the movie over fears that it might have used Nollywood as a platform to preach homosexuality.

“When classifying movies, we check its message, whether it promotes things that we find repugnant in our nation; we check the level of violence portrayed in the movie as well as sexual content and other things,” a spokesperson of the board said. 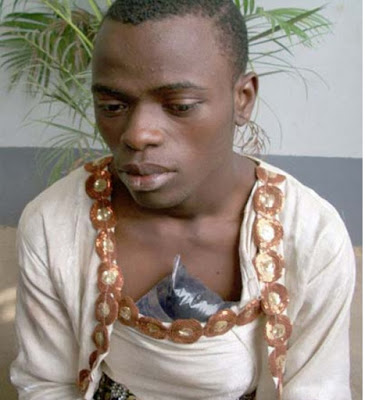 The internet personality and cross dresser, who is well known on Snapchat, became popular when he gave the impression he had a male lover, despite the Nigerian constitution that made same-sex relationships punishable by 14 years jail sentence.

Although he was initially reported to have lived off selling N100,000 skin-whitening creams, he is now regarded as one of Nigeria’s most controversial celebrities – especially following his lead role in the movie under investigation.