Justin Timberlake had a near miss with the law after he posted a picture on Instagram of himself voting which caught the attention of Tennessee authorities.

The ‘Can’t stop the feeling’ singer flew back to his hometown, Memphis, to cast an early vote ahead of the November 8 elections.

It became illegal to take photos inside polling locations in Tennessee in 2015.

Earlier, the District Attorney’s office said it had been “made aware of a possible violation of state election law” and the matter was “under review”.

In a follow-up statement, Shelby County District Attorney Amy Weirich said the initial response was “incorrect” and “released without my knowledge,”according to Local Memphis. 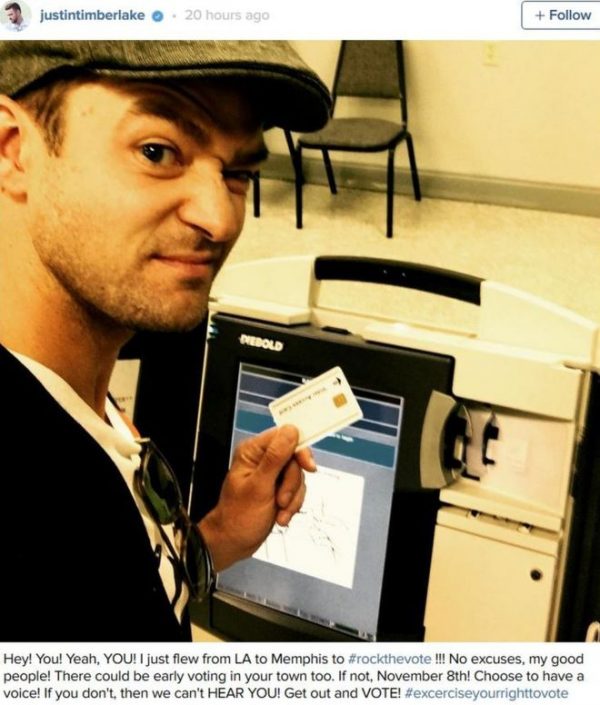 “I am out of town at a conference. No one in our office is currently investigating this matter nor will we be using our limited resources to do so,” she said.

The singer and actor who has about 37 million Instagram followers captioned the photo saying: “No excuses, my good people!

“There could be early voting in your town too. If not, November 8th! Choose to have a voice! If you don’t, then we can’t HEAR YOU! Get out and VOTE!”

According to BBC, any charge would have been considered a misdemeanor punishable by up to 30 days in jail or a fine of $50 (£41), or both.