Some Nigerian women were spotted at the funeral of Queen Elizabeth in matching caftans with the portrait of the late monarch inscribed on them.

On Monday, the coffin of Queen Elizabeth was lowered into the royal vault in St. George’s Chapel at Windsor Castle, England.

Around 500 foreign dignitaries — including world leaders — were said to have attended the funeral.

It was not just leaders that were present at the monarch’s final rites as citizens and well-wishers graced the venue in tribute to the deceased.

Among them were cronies of middle-aged Nigerian women in batik-patterned caftans with the queen’s image printed on the front of the outfits popular among Nigerians as “asoebi”.

“Asoebi” is a uniform dress or dressing code or style that is traditionally worn by Yorubas and then some other African cultures as an indicator of cooperation, camaraderie, and solidarity during ceremonies, events, and festive periods.

According to Owanbe UK, a Britain-based pan-African lifestyle page, the attires were done and sent to London in “four days.”

“It started as a joke and one of us took it seriously. The outfits were turned around in four days and delivered from Lagos to London the day before the event,” it added. 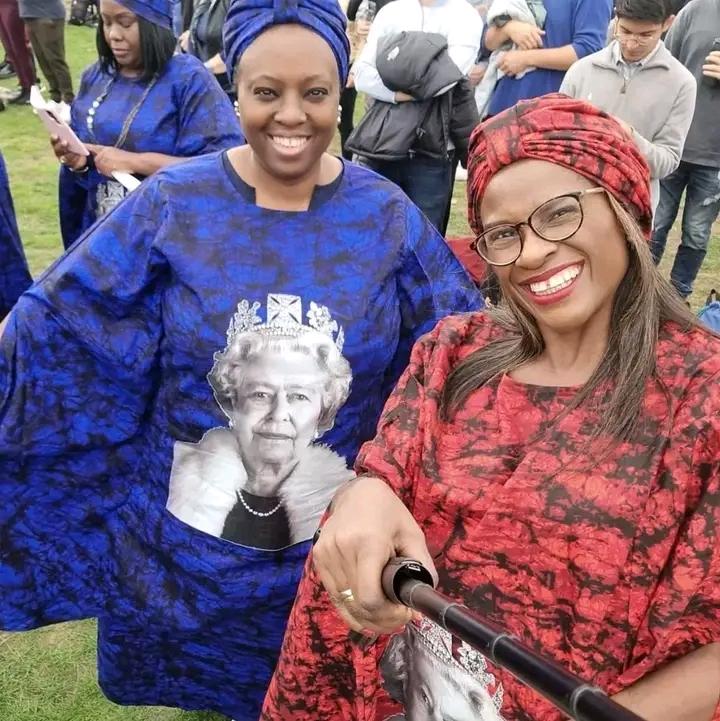 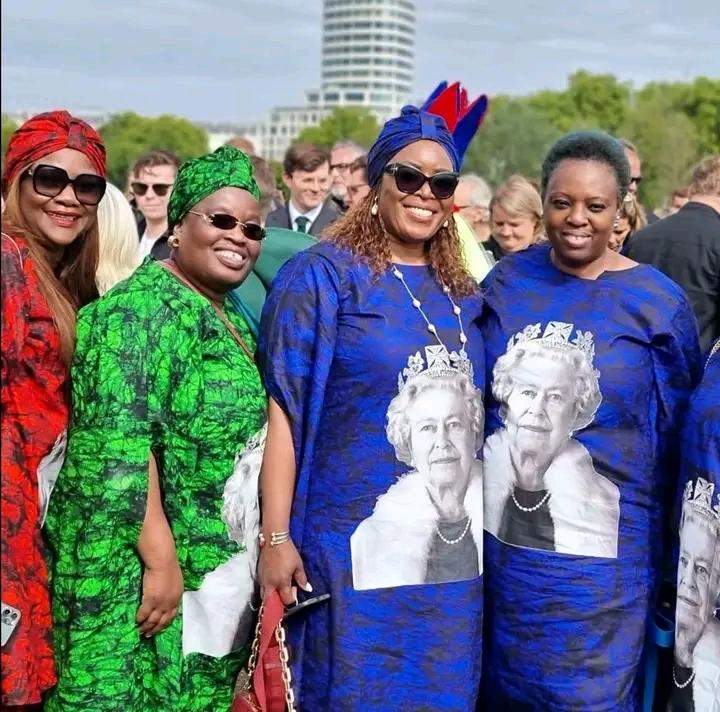 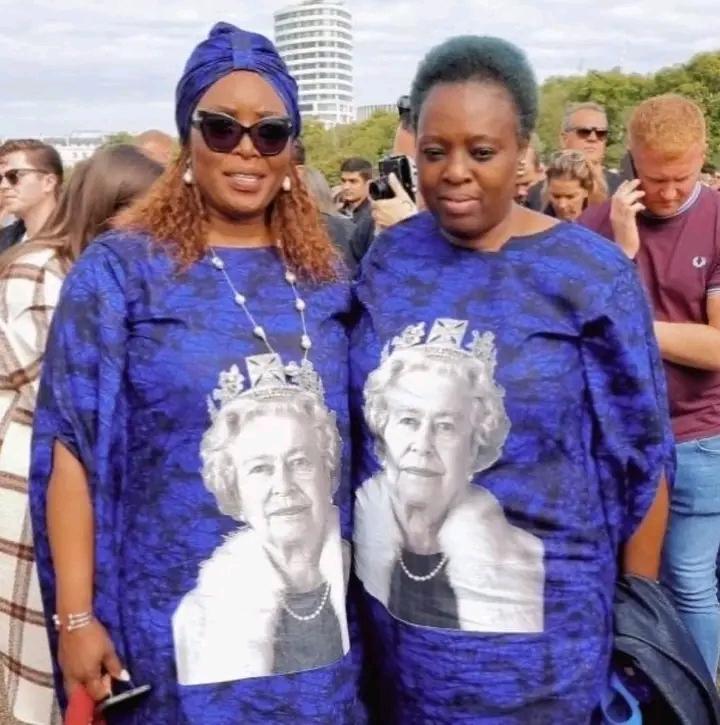 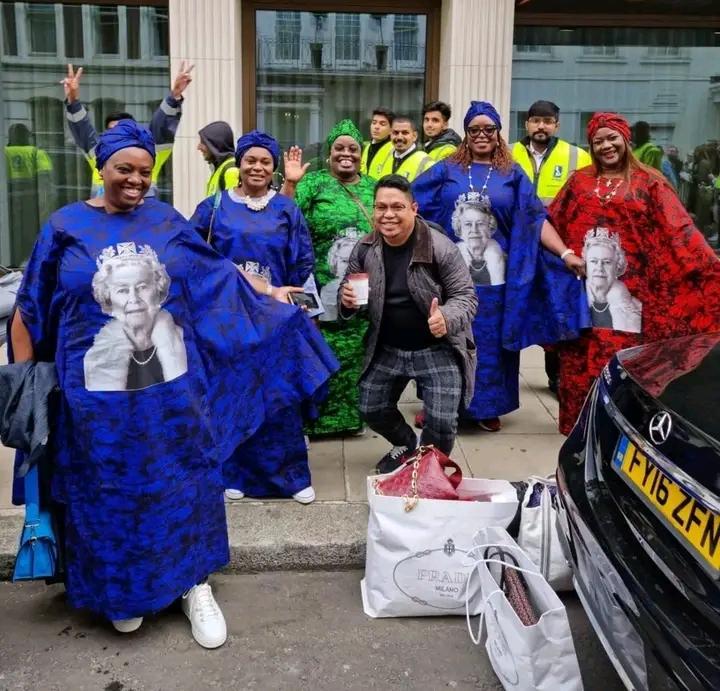 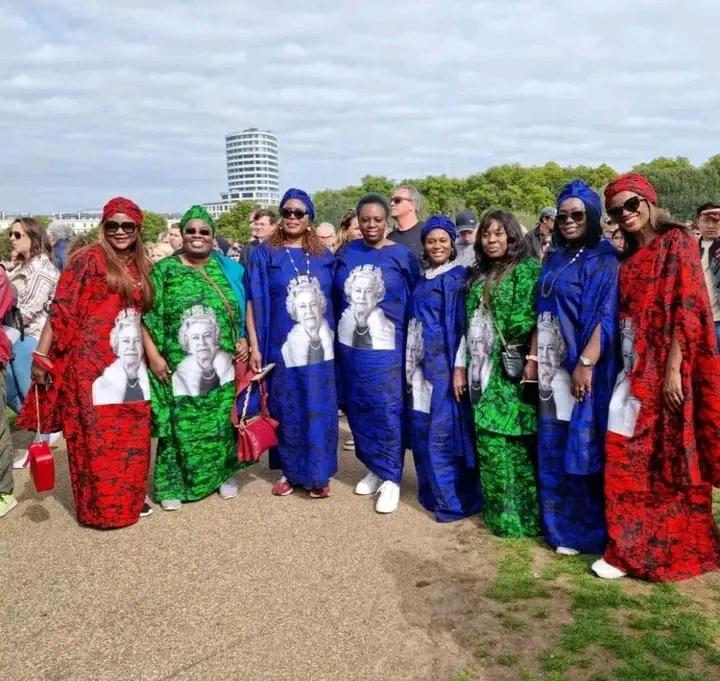