SPOTLIGHT: MC Freedom, the unusual skit maker who risks his life for comedy

Last month, Adeniyi Abiodun Oluwakuusibe, the Nigerian skit maker better known as MC Freedom, made the news after he was mobbed in Ibadan while pulling a prank mistaken for a real dispute.

As shown in the now-viral video, Abiodun had visited Gege Market in Ibadan clad in a red shirt beaded with cowry shells. He then accosted a co-actor, a lady pretending to buy food items from the stall of an elderly Yoruba woman.

As his script dictated, Abiodun made it known openly to the vendor that he needed a virgin for ritual at the request of his spiritualist. He then argued that the vendor’s customer was fit for use and challenged the trader for opposing him.

The young lady sought safety in the vendor’s stall while the old woman raised alarm, prompting locals to intervene. But the skit maker pulled a fetish item, uttered words mistaken for incantations, and dared them to approach him.

He pointed the item at the supposed victim and summoned her. But as she feigned hypnosis to move towards the skit maker, locals watered her in a resuscitation bid. They then pounced on Abiodun, leaving him with a bleeding head.

Despite confessing that it was only a skit, the observers stoned the skit maker while others wielded machetes and sticks. This gave way to a shot where a humbled Abiodun is seen with bruises, a half-shaven head, and a plastered skull.

In a chat with TheCable Lifestyle, Freedom said he had to rush to a hospital where a doctor had his cut stitched. 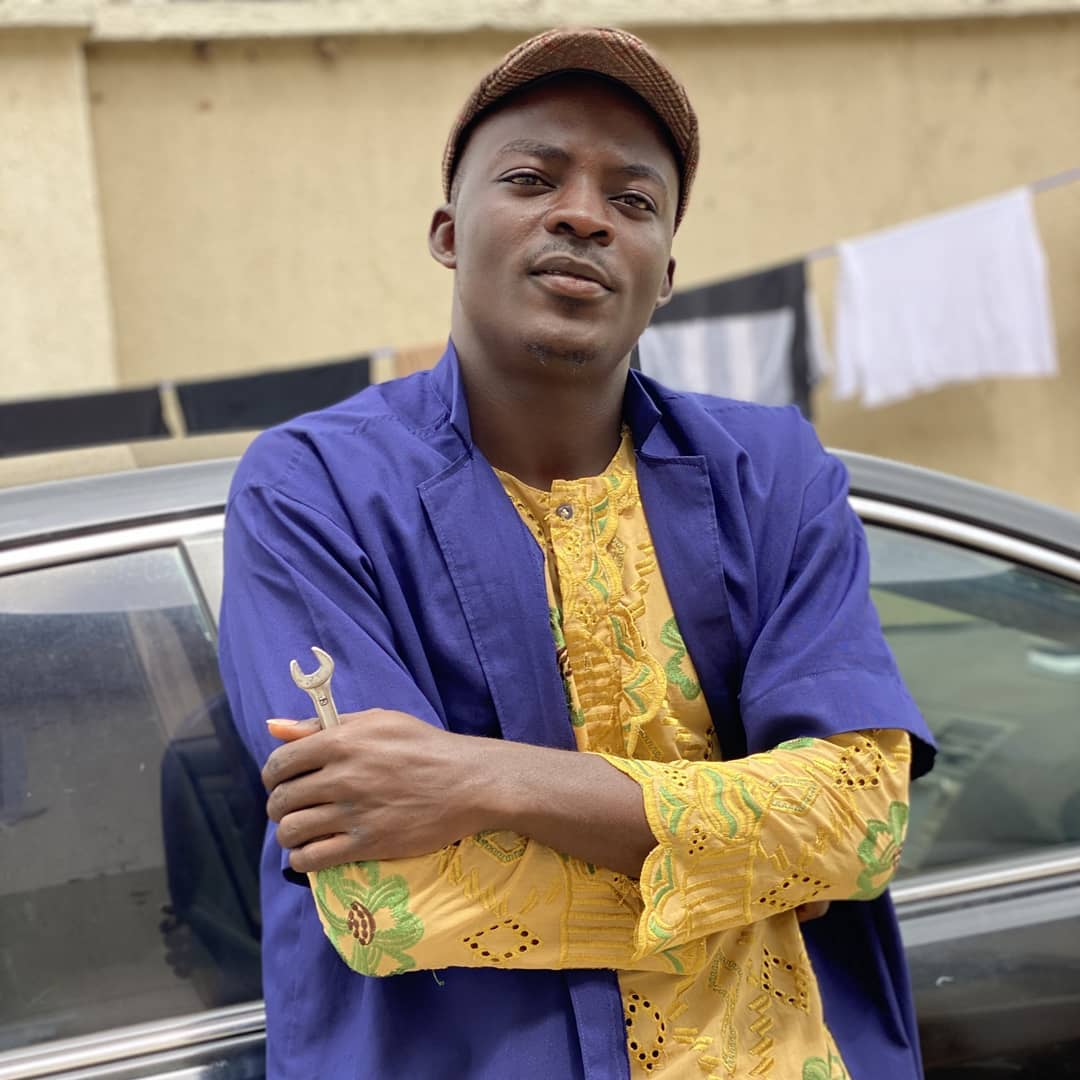 ‘A guy in the crowd picked a plank… before I knew it, I could only see blood’

“It was a prank actually. We had decided to stop whenever we noticed people were taking it too seriously. We were a team of eight, including me and that other lady. We had like two cameras on standby and another three to four people standing at the back. As we were doing it, it got to a stage where I was meant to cut the shoot,” he told TheCable Lifestyle.

“But people took it so seriously that I liked the reaction. I knew it was good for the video. It was until it went out of hand — where people started beating me with sticks as others took planks — that I tried to escape the scene.

“I thought the girl who played my victim would have told the woman that it was only a skit and that she’s part of the team. Unfortunately, she was not saying anything. I tried to run to where the girl was but I was sent back.

“There was this guy in the crowd that took up a plank. Before I knew it, I could only see blood [on my face]. I tried to leave and later went to a nearby hospital where I got myself treated after which I went back to the market.

“I told them again that it was just a prank. They felt sorry and prayed for us. That’s how it ended. The injury on me was a lot. When I got to the hospital, the doctor had to sew up where I sustained a cut. But I’m now feeling fine.”

In a previous skit, Abiodun pretended to have used voodoo on a pedestrian who was secretly his colleague actor after he was accused of thievery. His pranks evoke natural reactions by pulling stunts without prior notice to locals.

On why the Gege Market shoot went south, Abiodun said he had switched patterns at the last minute to play villain due to a shortage of cast members unlike in previous videos where he plays the innocent party in public disputes.

“I never knew it would turn out that way. It wasn’t the intention, I must say. We shot it the way we do regular skits. But I’m really glad the situation wasn’t worse. I think it’s due to the sudden switch from the initial idea,” he said.

“Most of what I used to do is play the role of superheroes in an African context [such as Sango, the deity in Yoruba mythology/genealogy]. In the video you speak of, the guy accosted me and accused me of taking his phone.

“I never did. People cautioned him, saying Sango doesn’t exactly like being falsely accused of theft. The moral I was trying to pass across was that one shouldn’t accuse random people [stereotypically without strong evidence]. I had done another skit where I played a boyfriend who caught his girlfriend raming around with another man.

“I was like telling him, ‘this is my girl o’. But the guy wanted to beat me up. I often play this role where people eventually realise I wasn’t at fault, after which they would have no choice but to beg me. But with this Gege Market skit, there was a change where I was at fault by playing the role where I was trying to use a young lady for ritual.

“That day, we ran out of cast members so we decided to try something new. We never knew it would look the way it did. I’m not a traditionalist. The idea was to play up the virtue of mutual respect, beyond the fear of security forces.”

Beyond fronting a character seemingly rooted in spiritualism while also wearing a hairdo typical of a traditionalist, Abiodun has a quite convincing command of Yoruba which is evident in the ease with which he utters incantations.

“The costume I wear is not spiritual; nothing is connected to it o! In fact, I went to the market, got those things, and fixed them myself. I’m Yoruba. I just wanted to run something that aligns with Yoruba culture without spreading a  narrative that portrays Yoruba negatively. More like a Yoruba superhero that always comes to the rescue,” he noted.

“Had I played the hero, I’m very sure people would have responded positively and not mob me because they would readily know I’m not at fault. Nobody likes the villain. That is just the mistake I made and I now realise it. 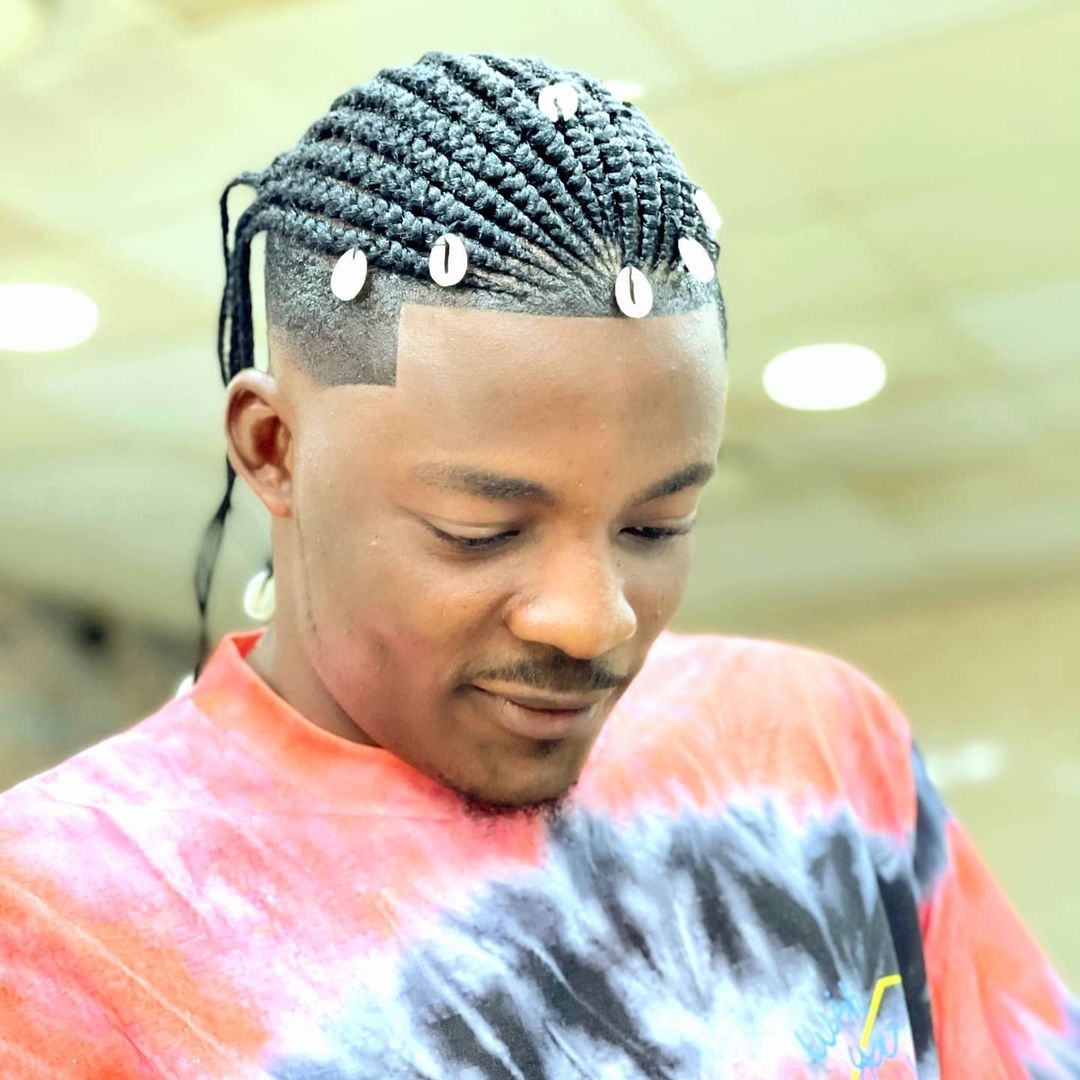 “I think it’s a function of the way we act and the passion we put into the video. No one would see it and think we’re joking. The very first video we did in Ojo, Ibadan. Then, I went to a saloon and plait my hair like that of Sango.

“It’s how we act and things we say. Also, we’re in Yoruba land where people believe these things, especially Ibadan. In the other ones we do, someone would slap me with so much seriousness that others take it seriously as well.

“At the end of the video when they observed we were joking, they are often so shocked. Some even give us gifts.”

Speaking of why he went into skit making, Abiodun touched on his quest to break into the Nigerian movie industry, which he noted required that he builds a platform for himself as an already thriving actor ahead of his big break.

The skit maker, who is also into event decoration, said he left the Federal Polytechnic in Offa, Kwara, where he is studying Accountancy, to do a few videos due to the strike by the Academic Staff Union of Polytechnics (ASUP), which was suspended in June.

“Unfortunately, I returned to Kwara with a scar on my head. I look to go into filmmaking. I’ve made inquiries about joining some theatre institutions. But with current trends, one needs to create a strong platform. That way, you can grow fast. All I’m doing is showcasing talent and trying to get better daily. I watch Yoruba movies a lot,” he said.

“I’ve learned incantations. I just want a perfect work, that why I go to the market, to evoke realism. Ever since the mobbing, we’ve been trying to make use of security. I already have about ten skits after the Gege Market shoot.

“I’m a Christian but I don’t do what I do for religion or in support of voodoo. I do it to show ethnic solidarity. The Gege skit is the most challenging we’ve made so far. I never thought of using security because it was simple to me.

“I’m an Accountancy student. I wish to go for ICAN, to become a chartered accountant. I sing Yoruba gospel music and Juju as well. I play all kinds of percussion drums. The need to be relevant got me involved in many things.”

Why ‘mind education’ is key to unlocking Africa’s development