Twerking vigorously; sliding down and twisting her slender body around a pole on her seven-inch platform heels for as long as four, five, or six hours a night was a routine that raked in the hard cash with which she catered to the bills weighing down on her family. There’s also the lap dance that readily morphed tight-fisted men into overnight strip club philanthropists doling out notes.

For Deborah, a Lagos-based stripper also known as Debbchina, the night of January 10, 2021, had started out as another shot at hustling until operatives of the state police raided a strip club where she was to work the night for violating COVID-19 protocol. This followed the temporary ban on bars that sought to curtail a second wave of the virus. In no time, clients and club workers scurried to their hiding places while the quick ones made for the exit.

A bevy of racily dressed strippers including Deborah left the room where they were pleasuring their clients to get an idea of what had gone wrong in the outer section of the nightclub. It was when they were walked into a police van in what turned out to be a mass arrest — while still dressed in their costumes — that the mood of the night switched. As they violated state directives, Deborah would later claim that they were billed “over N3 million”.

‘We were made to pay over N3m, charged to court’

“Half-naked, we the strippers came out thinking it was a small issue. But we were ordered to enter the van. They threatened to teach us a lesson. We were taken to Maroko Police Station in Victoria Island, brought out at 8 am, and put in a Task Force vehicle after they took pictures and videos. They made fun of us. We were 19 to 21 strippers with coordinators, shisha men, customers, and waitresses making 45,” the stripper narrated to TheCable Lifestyle.

“At around 12 pm, they took us to Oshodi, saying they were going to charge us to court. We thought we were only going to pay a fine and go home after then. We were told to plead guilty to make the procedure easy. They gave us two options; said it’s either we spend a week in detention or we pay N20,000 for bail and N5,000 for something that had to do with environmental costs. They said we had to test for COVID-19, even when the judge didn’t say so.

“I had already done it thrice before then and never had to pay for it myself. After everything, at which time we were expecting to be bailed, we were remanded to custody. It was the next day (12th) we were asked to pay N50,400 each for the COVID-19 test. They themselves had us exposed to the virus by forcing 32 sweaty girls into a stuffy cell that had a urinary bucket in it. We had to break the bucket and threw it out. We spent three to four days in detention.

“We paid bail but we were still forced to test for COVID-19. We started looking for ways to put resources together.” 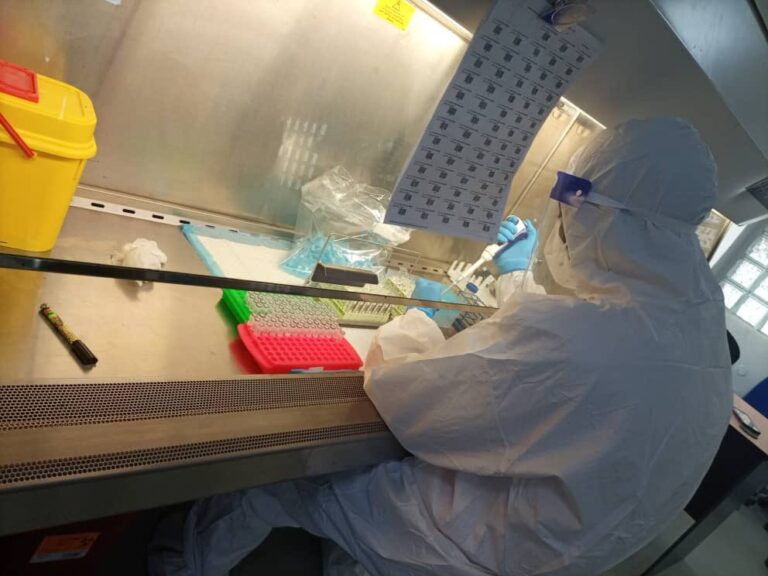 Deborah went ahead to recount how she and her detained colleagues were made to undergo what she alleged was a compromised COVID-19 test, which was said to have marked eight of her stripper colleagues positive, at the cost of N50,400 each. She also claimed that when the police officers arrived at the isolation centre, Yaba, they begged the medical practitioners at the facility to enter the detainees’ names into the Lagos state’s COVID-19 database.

“They brought a form and we filled it. When they were to send the results, they emailed it and asked us to go look it up. This was while we were still in detention. When we were arrested, we were not allowed to take our cell phones. Some of us didn’t even remember our email passwords. Among some of us that thought to quickly get some clothes to put on, one of the policemen tore their outfit, asking who gave her the clothes. I was surprised,” Deborah said.

“Did he want her to stay naked? All we paid amounted to over N3 million. I suspect they ended up forging positive results for eight of us. None of us had shown symptoms. As of the time I was released, only two had tested positive. Eight were later taken to the isolation centre in Yaba in a Danfo Bus. There was no physical distancing. It was only when they paraded for the media that they made a show of obeying the same safety measures they arrested us for.

“At the isolation centre, I was told the doctors had initially rejected the patients, saying they were tired of treating malaria and asthmatic people. It was the policemen that were begging the doctors to enter their names in the Lagos state COVID-19 list. That was how the remaining detainees were freed. It was annoying. We were maltreated! The mother of one of us came to visit them they pushed her away. When she came a second time, they beat her up.

“The girl, out of anger, used her stripper shoe to hit one of the policemen on the head. Four of them beat her up too. Each of us ended paying N75,400 out of our noses. We were told the result would be set in 24 hours. So we had to sleep in the cell waiting for it. The last to exit the cell was the lady who fought the police. She was released the next Saturday. At a point, I became convinced that these people were diagnosing malaria as COVID-19. It’s not fair.” 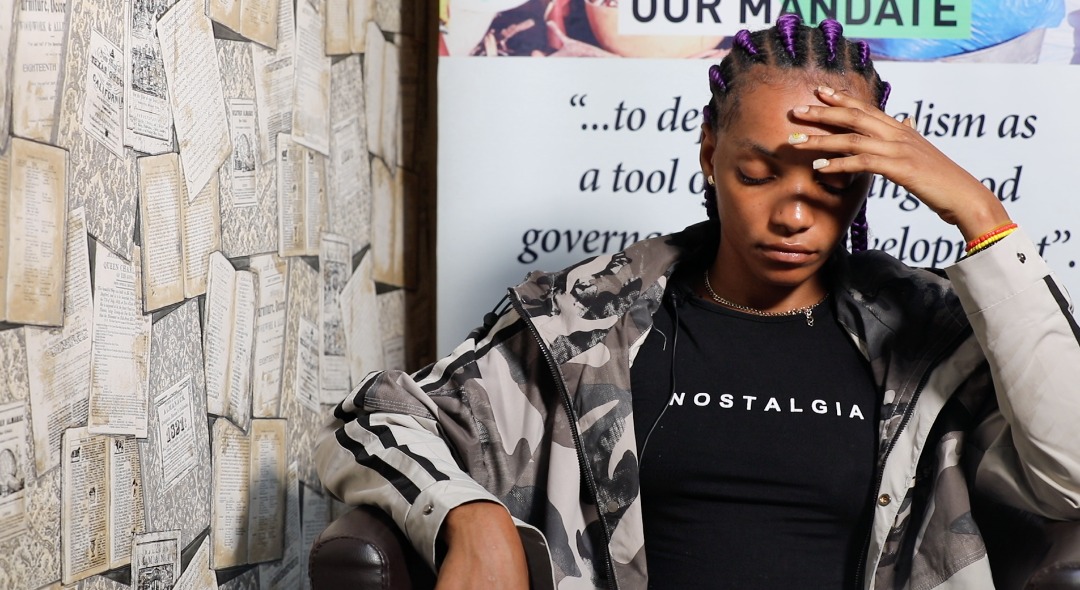 When queried on why she defied the restriction on nightclubs and bars to work on that day, Deborah gave lurid details of her family and how she and her immediate younger sister had to work to pay the hospital bills of her mother, who she said is undergoing treatment for partial stroke resulting from high blood pressure. She said her mother had assumed she had abandoned her when she had to remain in detention for days after the arrest.

“I had decided to become a stripper because life had beat me black and blue. I’m the first daughter of a family with seven girls. We have no one to help out, just myself and my immediate younger sister helping my mum and the rest of my siblings. Stripping is the only thing that gives me money. I don’t steal; I don’t know how to beg. I don’t know how to sell sex every day. The best I could do is dance. It’s not like I find it fun,” she told TheCable Lifestyle.

“It’s not even easy to wear those shoes for five to seven hours every day. It was early this January that my mum fell ill. My sister had called me saying she didn’t know what was wrong. She couldn’t stand and one part of her body wasn’t okay. We had her driven to the hospital. After three days, the doctor diagnosed her and found that her blood pressure was high and was leading to stroke. She spent five days and that hospital and was transferred to another.

“I had to work at the club that night because I needed the money. My mum was hospitalised; the only thing I do is dance. I needed money to sort out my mother’s hospital bills. When I came out of the cell, I found that my mum had sent me a text on Monday. She had thought I deliberately refused to answer my phone because she was still in the hospital. In her message she had assumed I abandoned her, saying we’ll all the better of with her dead. I wept.”

The stigma of stripping & plans for further education 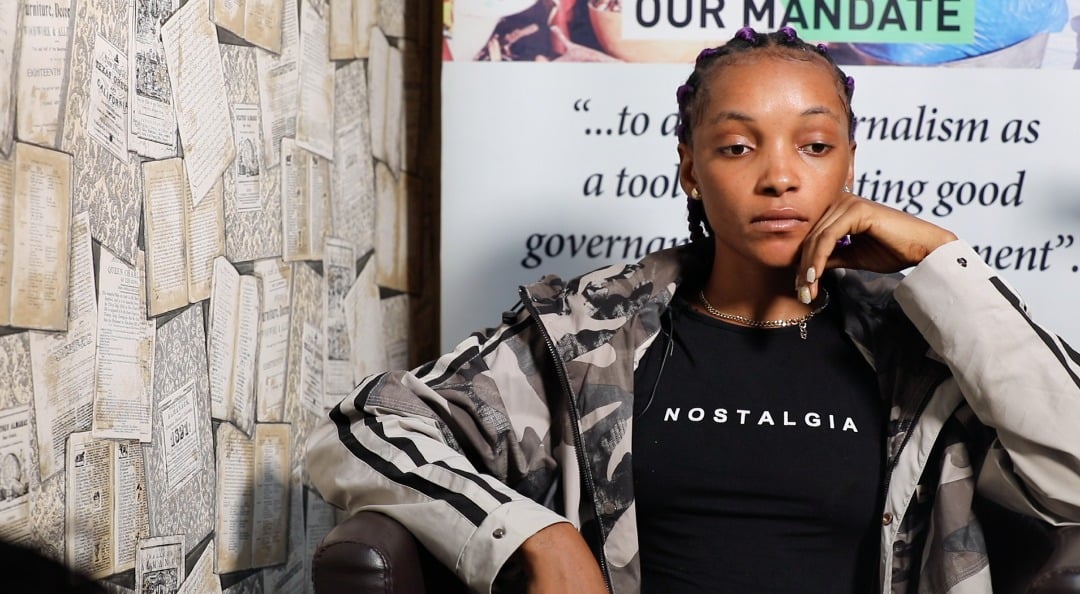 “When the shisha guys gave half-naked girls some clothes to cover up, a policeman took it off. I was half-naked with my buttocks showing. It was my boyfriend that had to smuggle clothes to me. He had to pay the policemen before they let it through. When they were to bring us out, the only thing they did was to put the half-naked girls behind. Our costumes were dirty. Some of us had to have someone buy us second-hand clothing from outside,” she added.

“They brought us out and asked us to sit on the floor. Journalists were there with the cameras. The policemen were there too, videoing and snapping without letting us wear good clothes as though they’d never seen strippers before. I found that they couldn’t use those footages because most of us were hurling expletive words and giving them the middle finger. Some of the observers were even saying insulting words to us, asking why we chose to be strippers.

“I used to be a vixen for music videos. Since our club was shut down, I had to reconsider it again alongside private stripping and house parties to make ends meet. Before the COVID-19 situation, business was good but now it’s tough. Most of us even had plans of setting up our businesses. I finished my OND at the Lagos State Polytechnic but I didn’t go for HND. I was schooling and they were not teaching what I needed to know. I had to stop; make money.

“When I graduated, I was offered a job with N50,000 salary but I couldn’t do it as a day stripping earned more. I look to enroll in another school. I did Science Laboratory Tech but now I want to go for Business Administration.”

14 things you should stop doing to be a happy parent