He’s always in some trouble. The long-bearded lanky hustler of Yawa skits often caught haggling over no more than his next meal is hardly a character any lover of short comedy films would miss. Even more stereotypical is how his undersized shirt is hilariously matched with his hardly-long-enough pants augmented with worn-out pointed shoes that paint the picture of a hunger-struck fellow.

Yet Sifon Okoi, the comic actor behind that ‘Kalistus’ character, is strikingly different in person, although he admits to sometimes finding it tough to draw a fine line between both personalities in terms of mannerism while carrying out his day-to-day acting business. Once, he had mustered up the courage to eat out only for a fan to exclaim, out of excitement, that he was munching each scoop the way he eats in each episode of his ‘Yawa’ skits. 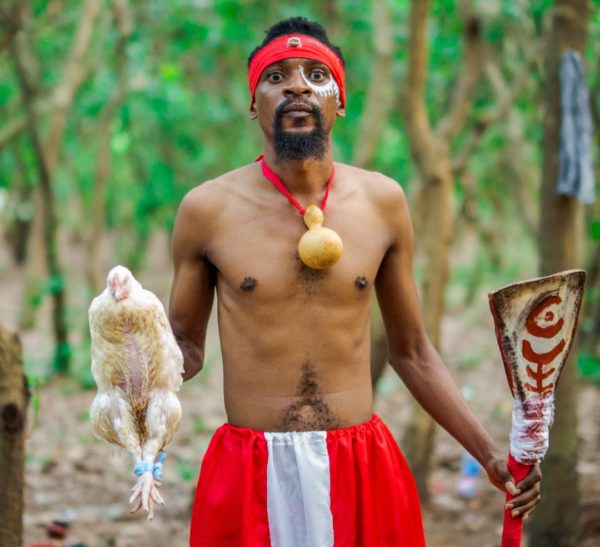 “Well, the dressing is Kalistus,” Okoi tells TheCable Lifestyle. “That’s his dressing. And it has affected my lifestyle that sometimes I even forget there’s this guy called Sifon Okoi. There’s a certain time I was eating with someone. I just put a spoon on the plate and took rice to my mouth. And the person was like, ‘Woah! You just ate the same way you eat in your skit’. I was like, ‘This is me’. Sometimes I live ‘Kalistus’ instead of Sifon Okoi. But I like it, though.”

His foray into comedy had started in 2014 after Kassim Braimah, a content creator, bounced the idea of creating ‘Yawa’ off him after the former freshly exited TV college in Jos. “I’ll make you famous,” Braimah told Okoi who had, long before then, been his childhood friend. But despite Okoi’s primordial doubts about that possibility, he’d given his friend’s creative idea a shot. Now, they’re under a compulsion to satisfy a rapidly growing online audience.

“Kassim Braimah founded Yawa but he called me to partner him. He has played a lot of roles. He keeps the brand going. I’m just the actor while he manages everything and tries to make sure the brand got to where we have it now. I’m just a simple normal guy from Akwa Ibom state. I grew up in a family of seven, including my dad and my mum. We’re five boys. I was born in Port Harcourt but grew up in Abuja,” Okoi said while reminiscing on his early days.

“Life experiences readied me for this career path. But I guess acting is also in-built for me, you know. 2014 was my first time. I never thought I was going to stand in front of a camera to do a film, talk more about comedy. So Kassim Braimah called me saying he had this short skit he was doing and wanted me to play a certain role. I was thinking it would be a lover boy role but he said it was a comedy. I was like, ‘I like swag. How do I go about playing comedy?’

“He said we should do it and we did. I’ve known Kassim Braimah for a long time. We’d known each other for many years before the Yawa Skit stuff. He studied film and felt like I could do it. He put me through and I delivered. That was how Yawa started. What kept us going was the response from the fans. People really liked what we were doing because we captured everyday life; what people go through to get their daily bread. Comments really had us going.”

Riding on the brand’s hard-earned influence, Okoi would go ahead to star in several other episodes of the skits after ‘Man Must Chop‘, their first video, where ‘Kalistus’ feigned madness to snatch food from vendors for daily meals. He also starred in ‘4th Republic‘, a mainstream Nollywood film wherein he acted as a recent graduate who played into the hands of corrupt politicians for wanting to trade crime scene evidence in his usual quest to get rich quick.

Okoi’s team — fondly dubbed the ‘Yawa’ Gang — went ahead to recruit other characters including ‘Boma’ and ‘Filo’, who became in-house players, and Anita James, an actress who starred in one of Yawa’s series titled ‘Trapped’ as the imposed lover named Queen. Yet, morphing the Yawa brand into a platform with well over 400, 000 YouTube subscribers from its humble outset didn’t come on a platter of gold. There have been hard times as much as the good.

“The early days were really tough. We didn’t have enough money to push things. I remember Yawa episode 1 was done without any dialogue because we didn’t even have a mic to record. So Kassim Braimah wrote that script ‘cause he had just a camera. It was really tough for us because the means of promoting it was even harder. We didn’t have the money every blogger wanted. So we started by doing BC’s on WhatsApp, calling people to repost,” Okoi said.

“He was seeing the future; I wasn’t. I was just doing it because I felt like it was interesting. It got to a point when I said, ‘Yo, I want to quit. I need to make money.’ I was having fame and not money. But he kept urging me to stay. I was tired but I followed his advice and stayed. Now, here we are. I remember we didn’t use to have people to help us out during the filming. Braimah would often have the camera in his hands with reflector, boom, all these things.

“He did these while I would be there doing the acting. So basically it was just the two of us on set shooting. Now, it’s not just the two of us. We now have the Yawa Gang, which includes a scriptwriter. First, we brainstorm; push the story to the writer. He writes. The actors come to set, read their lines. We deliver the lines, shoot, edit. It’s like a full movie production. We have a full movie house. So we follow every normal filming process to drop a new movie.”

With nearly 1.4 million followers on Facebook, Yawa does the massive numbers in terms of social media views that many content creators yearn for. The comedy brand’s periodic releases have also gone ahead to feature a number of prominent comedians as well as Mark of ‘Mark Angel Comedy‘ and Sirbalo, whose own comedy platform is named after him. Yet, the comedian-actor admits the team has only just scratched the surface with its strides.

“The script came out late at night and we were supposed to shoot the next day. At 9 pm, I just sent Sirbalo a quick message, like, ‘Yo bro, there’s this script I think you can fit in. But it’s tomorrow so I don’t know if you can make it’. And he was like, ‘I’ll see you in Abuja first thing in the morning’. This man was here before I even woke up. He was in Abuja well before 7 am. We just met, we shot, and he left. That shows you how hardworking these people are.” 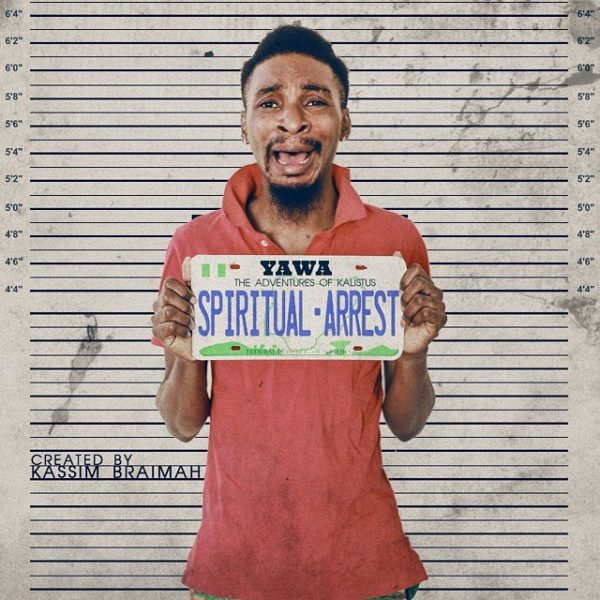 On how fame has affected his personal life, Okoi said: “I can no more go to places I used to go freely. Whenever they see me, they expect me to be funny all the time, even when I’m having a bad day. Some of them even throw words that hit me a lot. Some even insult me, call me ‘this hungry boy’; lots of stuff like that. Sometimes, I go to the supermarket to pick stuff and you’d see the cashier just say, ‘This one that you’re here, I hope you have money to pay. This place is not your level o.’ I was like, ‘Seriously?’ Over time, I’ve grown to be able to absorb these things.

“People that meet me in person mostly tell me how they love what I do. Most of them appreciate me a lot because of the type of message we’re passing out to the people. They just keep begging us not to stop putting out these videos.”

Okoi starred in African Magic’s ‘Halita’ series. But even as comedy had once been just about fun for him, the actor looks to gain influence in mainstream acting enough to do more movies, TV series, and anything motion picture.

SPOTLIGHT: Jinmi Abduls is creating the sound of Lagos