For an industry player rarely in the news on account of matters beyond his works and creative output, it came as a rude shock to see Clarence Peters slug it out with the police over the death of Picture Kodak, a video vixen who electrocuted while at his Lagos home.

But, despite the vile mixture of rage and dejection that marked social media commentaries at the time, Peters didn’t bare his thoughts about the tragic event beyond condolence and following up with investigative procedures that had sought to unravel the “real cause” of her death.

In a lengthy talk on the latest issue of Joey Akan’s ‘Afrobeats Intelligence’, the director opened up on his ideals with managing fame; the downsides that accompany it regarding lifestyle; and what he conceived as a dangerous music trend which seeks to model creative outputs after famed standards.

“I haven’t enjoyed whatever financial success that I have gotten because I have put everything back into the work. I think I bought a car once and gave it to my mom. Hence why I don’t even go out. I don’t have a car. Would I like a car? Yes. I can’t afford a car,” the music-video expert told Akan.

“My work would suffer. The way I’m working now would suffer. I need to be available 24/7. Is that healthy? No. I didn’t think it wasn’t healthy when I was younger. The older I’ve gotten, I’ve just realised it wasn’t. And if I was going to break it, I would have broken it earlier but I was so into this.

“So financially, maybe some other directors have been able to find a way. I can’t tell you that it’s been a blessing. I’ve been able to pay my bills, I’m able to streamline my bills. Now you have kids who… have chosen a different path and I’m happy for them. But see, that comes with a price.” 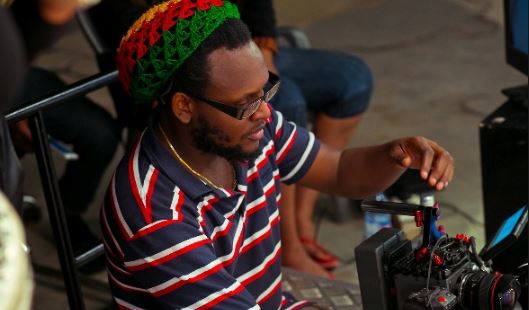 Clarence Peters and the aversion for creative standards

“I hate the word standard. I think standard brought us to where we are as people. I’m really scared for the future of my country because of the young people that we have. From 16 to 48, which includes me. I’m scared of just how much we think we know, and how much we don’t,” he said.

“We have a lot of information but we lack the knowledge of the core. Hypothetically speaking, I’ve worked with a lot of staffers in my company. Do I feel like there are people who as editors that I’ve worked with that are better than me?  I’ve created my own shortcuts for myself that work for me.

“So in terms of the knowledge, of how to do that. But the ‘why.’ The ‘why’ is key. There’s the ‘why-short term smaller picture.’ and there’s the ‘why-bigger picture.’ It now depends on where you are. And I hate using ‘standard’ because that’s what I believe the West used to hold us for a long time.

‘I never wanted to be known… fame gets to the head’

“The price of success is people knowing your name. I never wanted anyone to know my name. One of my guys, Banjo, he’s the one who edited a video with my name tag. I think it was 2007 or 2006. I just saw the video on TV, when he was making the copies, he just put the Capital there,” he noted.

“It was just ‘we need to put something there’. And it was a PR move. It was a business move at the time. So I understood it but I didn’t want to be known. Once people start to know you, you start to get the perks. So you’re like ‘okay, maybe it’s not that bad. I need to be careful though.’

“Then you start getting used to being known, so your ego—there’s no way your ego is not going to be stroked at some point. Then artists and your colleagues are starting to say that you’re the best. And I did a lot to make sure that never got to my head because I don’t see myself as the best.

“When I was in film school, I had a friend called Nina. She’s in Tanzania and she used to tell me to never let it get to my head. She used to say it and I always hold on to that. Because if it gets to your head, that’s when you fail.  That’s when they’ve got you. It’s not what it is. But I took it a bit too far.

“I never even acknowledged that I was good. I always used to tell myself that it was luck. It’s this year I started to realise that the years of experience have given a couple of skills that are not readily accessible to everyone else. I didn’t think that I had anything. Till now, I’m just starting to notice it.”

“As you’re making money, even if you try to dumb down your lifestyle, there are bills that you have to pay that become like a standard. The requirement of what we need to be able to survive in this world with the technological age keeps increasing. You want to facetime, you need an iPhone,” said the filmmaker.

” It’s not a luxury anymore, it’s a requirement. And you start going around all these different things, and that now becomes necessary to sustain that. Not just for yourself but everyone around you. Your livelihood in a sense is now tied to the money. It’s a curse. I had to accept this to myself.

“I’m a service provider as long as I’m shooting music videos. Music video directors keep forgetting that. They tell you that it’s your video, it’s not. Are you getting any money for it outside the initial payment? Do you have any royalties from it? So how is it yours? It’s there for your PR but that’s it. 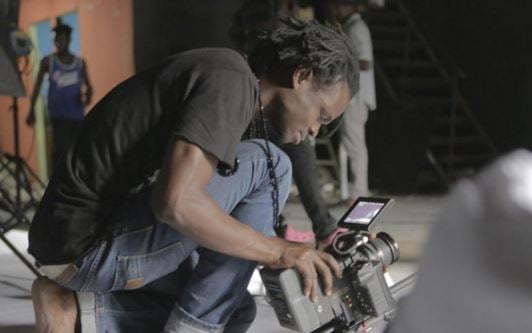 “I have kicked every single door because I’m a filmmaker. But they still tag you as a music video director. Anything past three minutes, they don’t think you can do anything better. The only way we can flip is to move the success that we have from music videos and move it into the episodic space.”

On Nigeria’s music audience and the dearth of creative criticism

“And the Nigerian audience can be very forgiving. Not the industry o, the audience. And when I say the industry, I’m joining everybody on social media (laughs). But just the people that are like I go to a bar with my friend and I’m just watching the TV or someone played me a video,” he said.

“Everybody wants their voice to be heard. People have become increasingly powerful in swaying perception. And that, I advocated for a very long time. But be careful what you wish for. Because I advocated for critiques. For there to be real critics. But the thing is that there are no real critics.”

“When I was younger, I wanted to be an engineer and she started getting me things, for me to be an engineer, and then I changed my mind. I was 7, 8, 9 at the time and I said I wanted to play soccer. Then she(mother) took me to meet Segun Odegbami and I joined the Pepsi Football Academy,” Peters said.

“But within all this, I was still in creative work. Because I’m around it, my mum’s there, we read scripts together.  I was also on set, but this is just on a part-time basis. But if you woke me up at any given point in time, I could literally start breaking up characterizations to you and all that.

“I remember I was in school and I said I wanted to become a cinematographer and my teacher said ‘what the fuck am I talking about?’ It just didn’t make any sense to them. I wasn’t even sure I wanted to be that. I just thought it’s one big grammar that made me sound like an engineer.

“One day I was playing on the field and Suspect was on the field. We were on two opposing sides even in the hood. He was in the hood, I was halfway in the hood and the rich side in Allen. So we were playing and anybody that knows Suspect knows that Suspect’s shot used to injure people.

“Suspect’s shot was demonic. Nigga fired shot on my balls, I was out man. Lights out. When I opened my eyes like this, he said ‘don’t move.’ I couldn’t feel my balls. I think the balls ran up under or something. I said ‘oh shit what is the meaning of all this nonsense?

“If I can count more than five people on this pitch who are better than me, I will leave this pitch. I counted eight. I stopped counting at eight. I went home and told my mom I want to do film and music. She said ‘thank God you’ve finally come to your senses. You can only do one, to be focused.”