Precious Iginla started abusing me a week into our marriage, wife claims

Blessing Joseph, the estranged wife of Precious Iginla, the Nigerian pastor, says he allegedly started abusing her barely a week into their marriage.

Blessing and the cleric, who is a senior pastor at the Prophetic Fire Embassy International Church Port Harcourt, tied the knot in 2014.

The pair have two children — a boy and a girl — together before their marriage hit the rocks over allegations of domestic violence.

Precious is the brother of Joshua Iginla, founder and senior pastor of the Champions Royal Assembly.

In a recent interview with Chude Jideonwo, the media personality, Blessing said trouble started after her husband forced her to sit among the congregation during a service for an undisclosed reason.

The mother of two claimed the clergy started attacking her physically ever since then at “every slight provocation” until he eventually sent her packing. 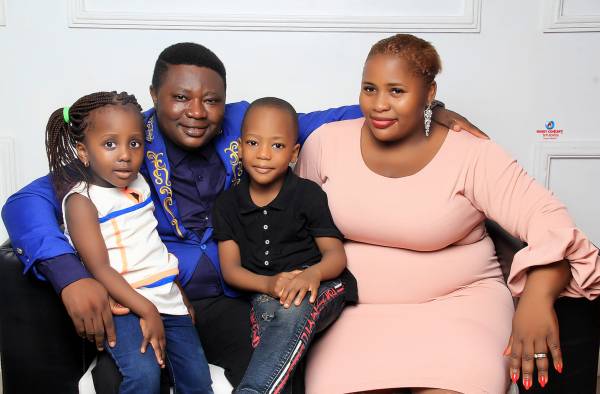 “The abuse started one week into the wedding when the brother asked me to sit down in the congregation, from then that abuse started,” she said.

“Most times after he attacks me I run out or atimes he pushes me out of the house, I go out and stay for sometime until neighbors will come and beg so it’s been like that.”

Blessing said she had endured the marriage at the time because she was young and the fact that church members kept persuading her not to quit the union.

“The physical abuse started one week into the wedding but I stayed because neighbors and church members kept convincing me. I got married at 25. I didn’t know much about life like I do now,” she added.

Blessing, who is currently seeking divorce from the clergy, also accused her husband of denying her access to their children for almost a year.

She claimed Joshua Iginla initially opposed her marriage to his brother because he saw her “as a sign of bad luck.”

“Initially, he (Joshua Iginla) never gave his support for the marriage because the brother (my husband) fell sick. He was seriously sick. I was the one taking him from one hospital to another before I got married,” she added.

“We were at a hospital close to central area in Abuja, Dr. Musa was the one attending to Precious Iginla that time. He couldn’t even walk, I was pushing him on wheel chair then so his mother asked me to take care of him that there was no one to take care of him.

“So because of that the brother asked him not to get married to me; that it’s a sign of bad luck.”

You can now file for divorce online — in the UK

5 reasons you shouldn’t get into a secret relationship