Okon Lagos, the Nollywood actor, and Frank Ufomadu, the filmmaker, have clashed over the arrest of John ‘Lyon’ Ewa, the alleged kidnapper who operates in Bayelsa.

Lyon was said to have been arrested on Saturday in the federal capital territory (FCT) by officers of the Bayelsa police command.

Until his arrest, the socialite was popular for flaunting luxurious items and posting motivational quotes about success.

The dispute over his arrest started when Paul Okoye lamented the obsession some ladies have towards wealth even without knowing its source.

In an Instagram post, Okoye wondered if any of the ladies seen with Lyon in viral videos ever questioned his occupation or source of money.

The comedian said women who hang around people with questionable wealth are “enablers and should be given equal treatment with the actual culprit”.

But reacting to the post, Ufomadu argued that the actor and singer have “no moral justification” for calling out any lady dating “criminals” for not questioning their source of income.

The filmmaker asked the pair if they ever made any attempt to probe the wealthy individuals who pay N5 million or more just to attend their shows.

Ufomadu added that some shows by comedians and singers are usually graced by “corrupt politicians and drug pushers”.

He also tackled the actor for deleting his comment.

But Okon Lagos fired back, saying Ufomadu is not “worth the trouble”.

He also berated him for “giving lame justifications for aiding, abetting and enabling crime”.

Below are screenshots of their verbal exchanges: 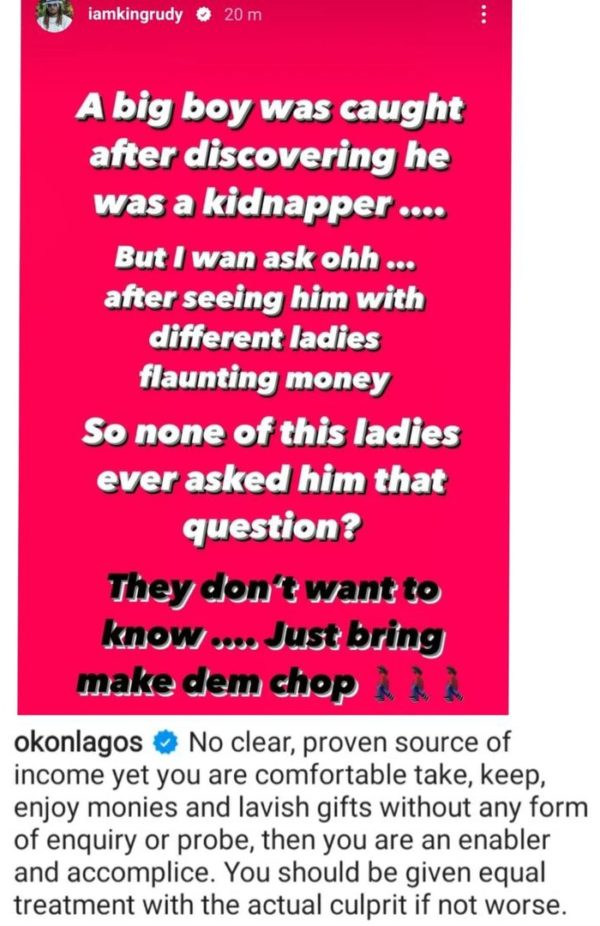 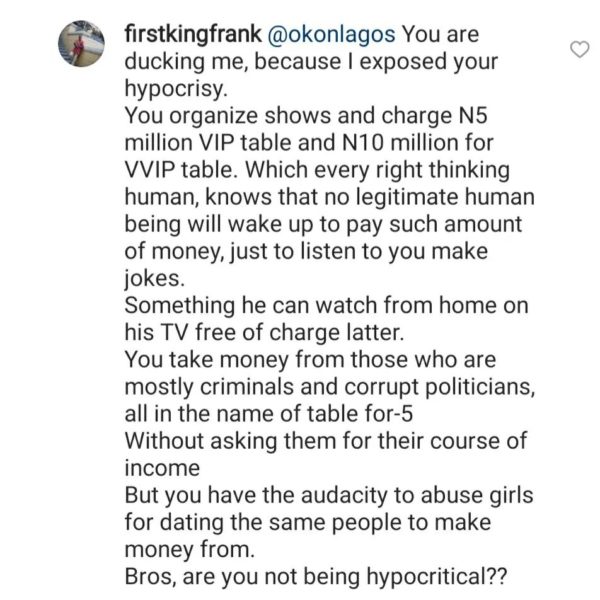 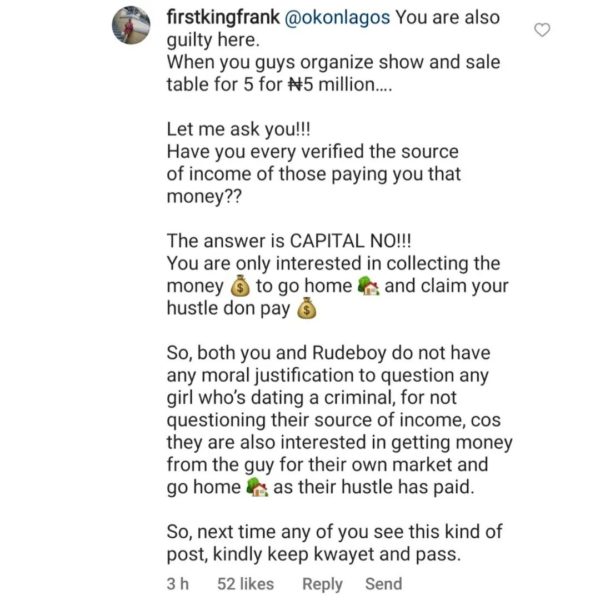