MI Abaga, AQ, Loose Kaynon, and Blaqbonez have teamed up for an upcoming joint studio album titled ‘Behold the Lamb’.

The Nigerian heavyweight rappers announced the collaboration via their separate Instagram pages on Tuesday.

According to MI, the album will be released on Boomplay on July 4. It will thereafter be available on other streaming platforms on July 6.

“The LAMB Album with @loosekaynon @thisisaq myself and @blaqbonez. BEHOLD THE LAMB… Album out on @boomplaymusicng Monday, 4th July 10am and every-other Platform on Weds 6th July,” he wrote.

L.A.M.B is an acronym for the quartet of Loose Kaynon, A-Q, M.I Abaga, and Blaqbonez.

The new album will have a total of ten tracks.

Tracks in the body of work include ‘Badman Size’, ‘Groupies’, ‘Fame Sh*t’, ‘Chasing Designers’, and ‘Snapchat vs Facebook’. 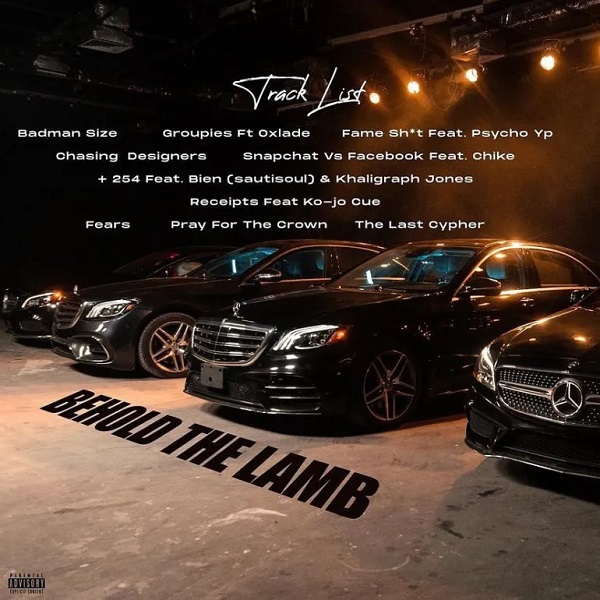 In 2019, Blaqbonez, Loose Kaynon, and AQ had teamed up for ‘The Last Cypher’ alongside MI Abaga.

Femi Kuti’s 10th studio album is a ‘message of hope’

Wizkid at 31: Here are seven songs to vibe with on his birthday