Like every other thing in life, the Nigerian entertainment scene has steadily evolved over the years.

In spite of this evolution, some individuals who entertained the young and old of yesteryears have managed to remain relevant in the present-day entertainment industry.

These entertainers have refused to fade away with time and rather than compete with their younger colleagues, they have simply been elevated to legendary status. 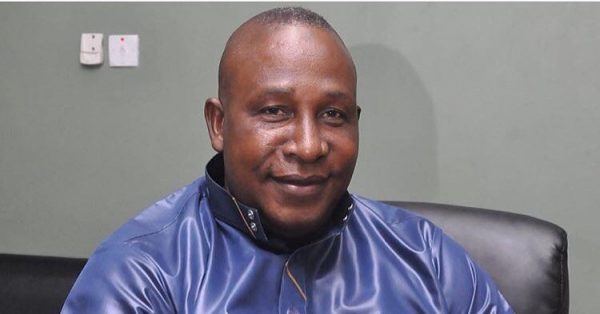 Adebayo Salami is a veteran Nollywood actor who’s popularly known as Oga Bello. At 63, Salami is actively producing, directing and playing roles in movies in the Nigerian movie industry.

He began his acting career in 1964 and first featured in a film in 1975 with now deceased actor, Adeyemi Afolayan, father of Kunle Afolayan, a popular movie director.

The Kwara indigene got the Oga Bello moniker when he featured in Comedy Half Hour, a comedy show that aired in the 90s.

Three of his 18 children are toeing the same path he tread and one of them, Femi Adebayo, was recently appointed as the special adviser to the Kwara state governor on culture and tourism. 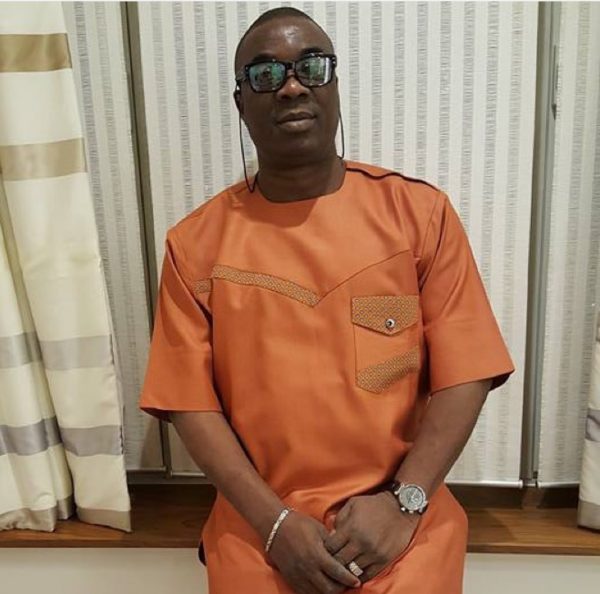 Wasiu Ayinde Marshall, popularly referred to as Kwam 1, is a veteran Fuji musician whose light has remained bright for decades.

He was a member of the late Ayinde Barrister’s band in 1978 and released his first solo album in 1980.

With hit singles like Awade and Ro ra se, Kwam 1 rose to become a crowd favourite.

He garnered fans’ appeal owing to the celebratory theme of his songs, which are predominantly praises of rich and influential people in the society.

He constantly tours international countries and still performs at events. 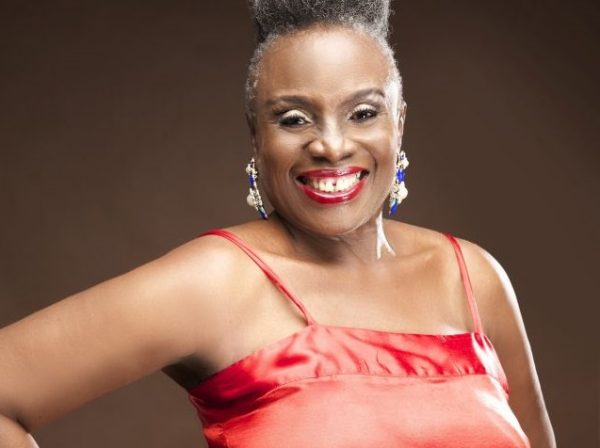 Taiwo Ajai-Lycett is a veteran Nollywood actress popular for an astute command of the English language and near-flawless diction.

She first appeared in Wole Soyinka’s The Lion and the Jewel, a stage play in 1996 and has various works to her credit.

At 75, she still features in stage plays and movies. Her recent works include Dazzling Mirage, a 2014 movie by Tunde Kelani, and Hear Word, a Nigerian stage play group that tours popular cities around the world.

She was presented with the national award of Officer of the Order of the Niger (OON) by former president Olusegun Obasanjo. 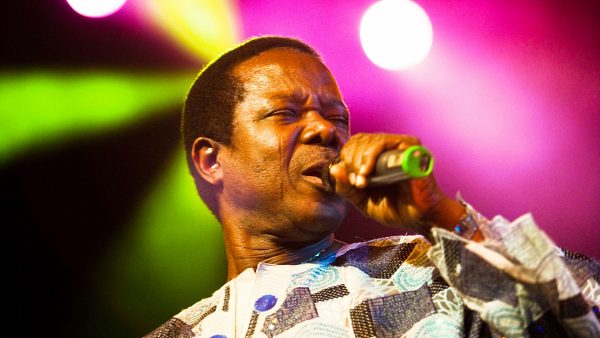 Sunday Adeniyi, popularly known as King Sunny Ade or KSA to fans, is renowned for his beats and dance steps.

At 69, KSA can boast of an extremely successful career.

Asides his successes at home, he has collaborated with international acts like Stevie Wonder and his music was used as soundtrack for some Hollywood movies in the 80s.

Sunny Ade began his musical career with a highlife band headed by Moses Olaiya before forming his band in 1967.

He is the first African musician to be nominated for a Grammy award twice although he didn’t win any. 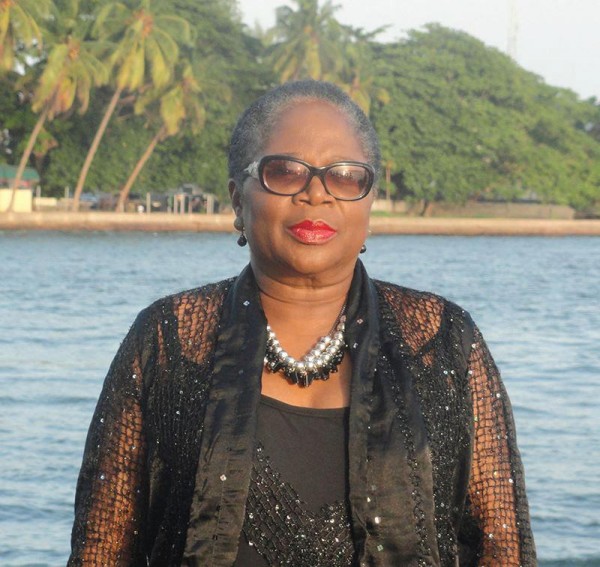 At 64, Onyeka Onwenu’s voice remains dynamic and she still moves with grace.

The Iyogogo singer is one of the few veterans who has branched out to do other things, yet still maintained her primary occupation. She started as a singer and then ventured into acting and politics.

Onwenu was one of the judges of the Nigerian version of X-Factor, a reality TV show and still performs occasionally. 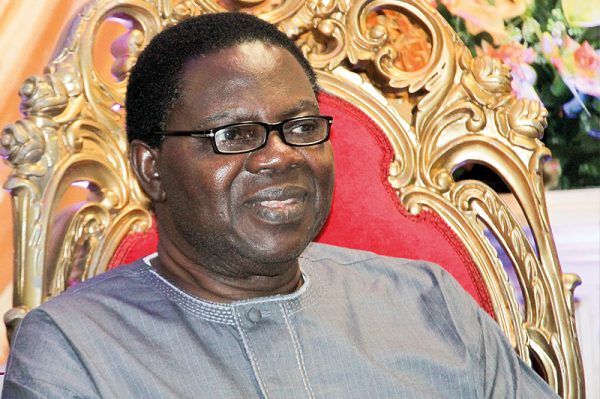 This 74-year-old Juju musician popularly known as Chief Commander has been performing for decades.

Obey began his music career in the mid-50s when he joined Fatai Rolling Dollar’s band and later went on to form his own band in 1964. 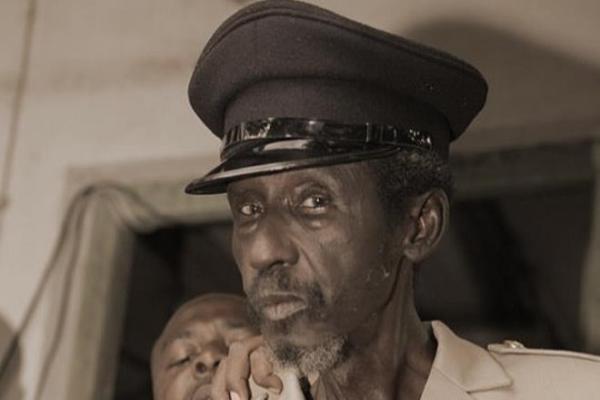 Sadiq Daba is a veteran actor and retired broadcaster. He is well over 60 years although the actual figure is unknown.

He began his acting career in the 70s when he appeared in Cockcrow at Dawn, a soap opera.

In 2015, he won the best actor award at the Africa Movie Academy Award(AMAA) and the industry merit award at the 2016 edition of Africa Magic Viewer’s Choice Award (AMVCA).

His last appearance in a movie was in 2015, when he played the role of Inspector Waziri in Kunle Afolayan’s October 1. 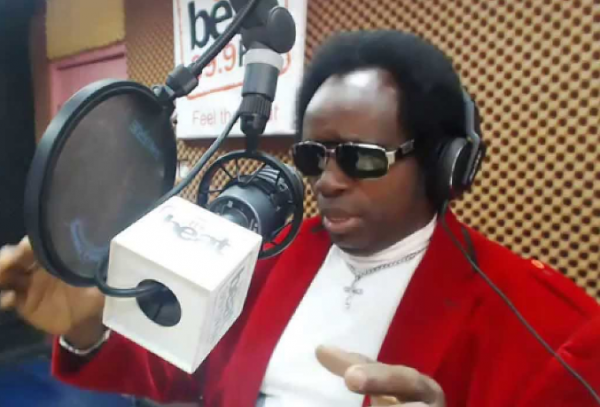 Sir Victor Uwaifo, 75, is one of the “greatest” of his generation.

His deep rooted creativity has seen him try his hand at writing, sculpting, and invention of musical instrument.

Uwaifo is best-known for “Guitar Boy” and “Mami Water”, the latter which was inspired by a personal encounter with a mermaid in Bar Beach, Lagos.

In spite of his success and accompanying fame, Uwaifo went back to school to pursue his dream of sculpting. “I thought if I didn’t do sculpture, I wouldn’t be fulfilled, because sculpture is the mother of Art”, he said.

Among the richly talented artistes of his generation, Uwaifo believes he’s the greatest. “No doubt about it. Sorry about that, since I don’t sound like any other person it is still me”, he said in a recent interview. 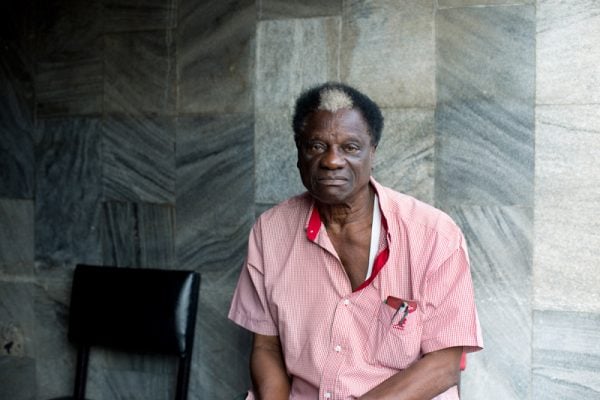 86-year-old Victor Olaiya is a Nigerian trumpeter and singer who embodies the highlife genre.

Olaiya atained fame in Nigeria during the ’50s and early ’60s. His mastery of the genre led to him being dubbed “The Evil Genius of Highlife” by Alade Odunewu of Daily Times.

Olaiya’s music cuts across Ghanaian highlife and Afrobeat although his musical style was influenced by James Brown.

As it appears, his legend is as old as Nigeria, if not older. In 1960, he played at the state ball held on independence day and also performed in 1966, when Nigeria became a republic.

Nodash’s ‘The Delivery Boy’ to represent Nigeria at PAFF 2020