Davido, the Afropop singer, has declared his earnings for 2021.

The DMW boss claimed he made $22.3 million in 2021 alone, despite not putting out an album.

Davido revealed his earnings for the year in a now-deleted post shared via his Instagram story on Friday. 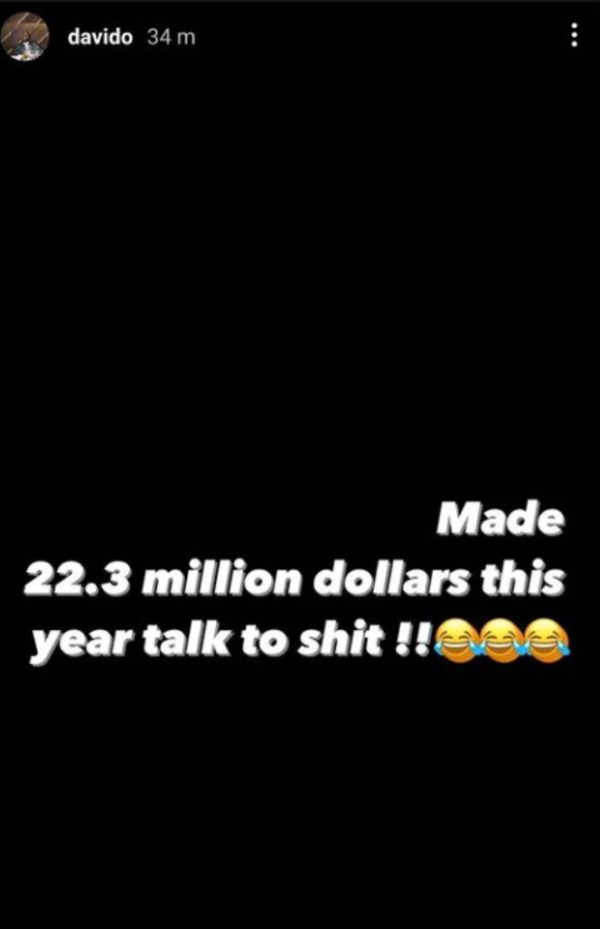 Last month, the ‘Risky’ crooner had started a fundraiser on Twitter, which he initially said was for the clearance of his Rolls Royce vehicle at the ports.

But after raking N200 million from the initiative, he added N50 million and declared that the funds would be used to support orphans.

The fundraiser was initiated using Wema Bank, which later offered him an endorsement deal.

Davido had also vowed to ensure that the donated fund is not misappropriated.

Banky W hints on dropping an album in 2020