Less than 24 hours after the birth of David Adedeji Ifeanyin Adeleke, Davido’s first son with Chioma Rowland, his wife-to-be, over 200 fake accounts have reportedly been created for the child celebrity on Instagram.

Davido had announced the birth of his long-awaited child with Chioma in the early hours of Sunday, in a move that attracted a flurry of congratulatory remarks from both his colleagues within and outside the country.

Dremo, a recording artiste signed under DMW, Davido’s record label, however, took to his Twitter page later that day to exclaim about the number of handles that sprung up with the name of the infant.

David pikin never even start to dey talk or crawl

Checks by TheCable Lifestyle show differing blends of the baby and his father’s name in a list that spun into several handles, most of which were either accompanied by a picture of Davido’s bearing the newborn child in his arms or the logo of Davido’s DMW label. 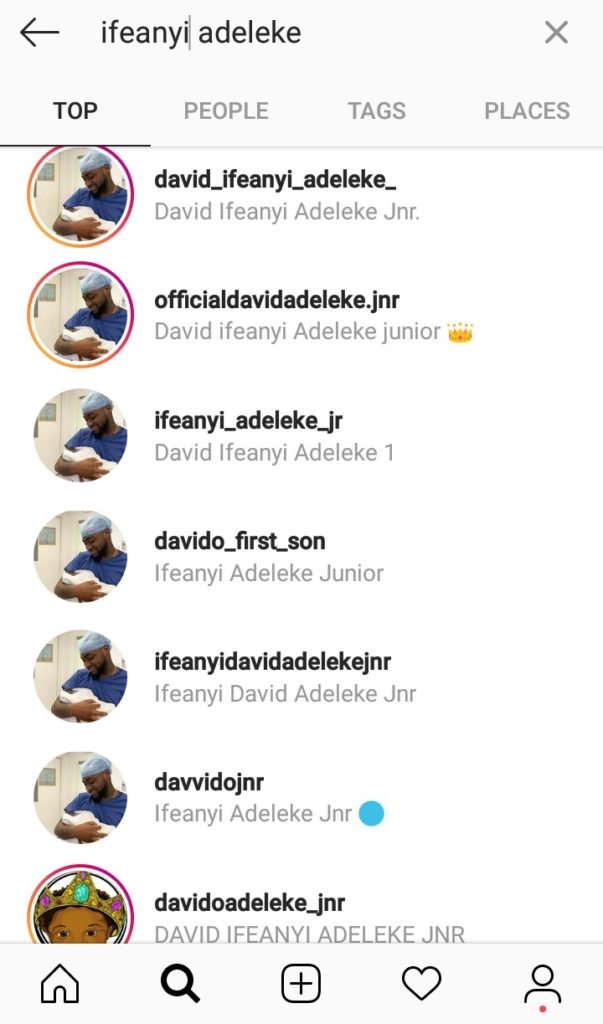 In October, Davido’s child had made a name for himself as one of the most anticipated celebrity infants after his father had announced the receipt of an endorsement deal for him as the brand icon of a diaper-producing brand in Nigeria.

In September, Davido had asked Chioma to spend the rest of her life with him, after which the duo’s families celebrated the union in a blissful introduction ceremony.

The lovebirds would be taking their relationship to the altar in 2020.