Jason Alexander, a former husband to Britney Spears, a prominent singer, has been spotted among protesters present during the scenes on Capitol Hill on Wednesday that ended with the invasion of the building.

TheCable had reported how thousands of protesters loyal to President Donald Trump had invaded the building during the process of certifying the November 3 presidential election.

As the development — which prompted the hasty evacuation of lawmakers — generated outrage across the globe, pictures surfaced on social media showing Alexander was present before the legislative complex was breached.

According to TMZ, it is, however, unclear if he was among the riotous mob that breached the Capitol building.

In the now-viral picture (above) which he shared from DC on his Facebook, Anderson can be seen taking selfies as the protesters held billboards to the air. 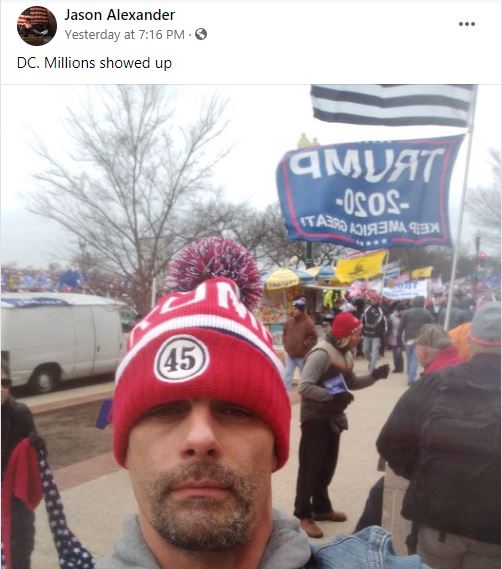 Alexander had infamously wedded Spears in January 2004. But just 55 hours after their Las Vegas ceremony, the songstress filed for an annulment of the union.

Mr P: Yahoo boys are no different from the police