Top government officials have tested positive for the coronavirus. Both the rich and the poor have died. The calibre of individuals whose lives have been lost to the COVID-19 pandemic has shown that the zoonotic disease respects neither race nor social class.

From what had seemed nothing more than an infection affecting a handful of traders in a Chinese seafood market, the outbreak has spiraled up to become a global health emergency ravaging people from more than 200 countries. Over 1 million are infected globally with the death toll currently at 59,245.

Global leaders have continued scrounging for ventilators to keep hospitalized patients alive; medical experts and virologists are trying several vaccines and drugs, which have been evasive. Citizens in major cities have, in turn, remained indoors as economic activities are at a standstill.

Although the World Health Organization (WHO) confirmed that older people are most at risk of dying from the disease, the prominent celebrities who have lost their lives while battling COVID-19 has further fueled the fears of many, causing some to get tested over any slight suspicion or symptom.

Aurlus Mabele… from stroke to COVID-19

Mabele is among the prominent African celebrities who lost their lives to the COVID-19 pandemic. For the Congolese singer, who was fondly called the king of soukous, he had battled an undisclosed illness before contracting the novel virus which eventually claimed his life in a Paris hospital.

Jimmy Ouetenou, the singer’s manager, had explained that talks were being initiated with the Congolese government to have him buried in his country. But it remains a thing of shock that not even the wealth Mabele amassed over his 30-year career spared his life from the claws of death.

Yet,  as many have continued to mourn the loss, Mabele has his legacy to outlive him. He had founded the band ‘Les Ndimbola Lokole’ with Jean Baron, Pedro Wapechkado, and Mav Cacharel. He also recorded some of the hottest hits that moved the African continent back in the 1970s.

With more than 10 million albums sold, Mabélé took his genre beyond Africa and is renowned for hits like ‘Embargo’, ‘Zebola’ and ‘Waka Waka’. He died at 67, long after he had similarly suffered a stroke.

Slightly similar to what played out with Mabele, Ken Shimura, a Japanese comedian also breathed his last on March 30, at the National Center for Global Health and Medicine in Tokyo. He battled COVID-19 and passed away days after he had reported symptoms of fatigue and severe pneumonia. 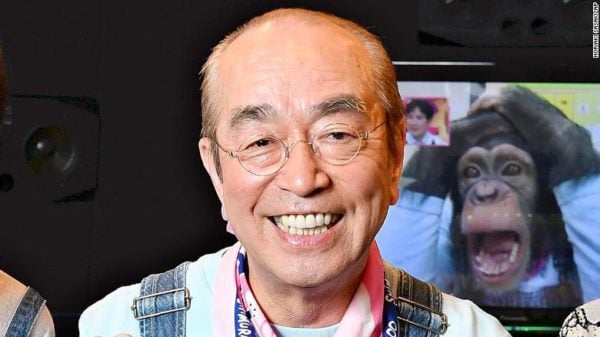 The comedian had risen to prominence back in 1969 after starring on prime-time television slapstick comedy show ‘Hachijidayo Zeninshugo!’ He was also a member of the comic group ‘Drifters’ which dominated the television comedy scene throughout the 70s.

Despite his early successes, Shimura stayed active in comedy until his death. After testing positive for the virus on March 23, his afore-planned participation in the film ‘Kinema no Kamisama’ was canceled three days after. He had also planned running the 2020 Tokyo Olympic torch relay.

Speaking on his death, a representative from Shimura’s agency said: “I am sure he was working hard with a sense of mission to deliver laughter to people. I don’t think he imagined he would die a death like this.” The funnyman was 70 and was fondly called Japan’s Robin Williams.

For, Marsalis, an American pianist and jazz singer who fathered two renowned musicians of the same genre, it was pneumonia accompanying the COVID-19 disease that claimed his life. Having made a name for himself in the art, he recorded nearly twenty albums and featured on many others.

Marsalis, who has been active in music since the late 40s, spent decades as a working musician and teacher before his eldest sons came into the limelight in the early 1980s. As a leading educator at the University of New Orleans, Marsalis is said to have influenced countless musicians. 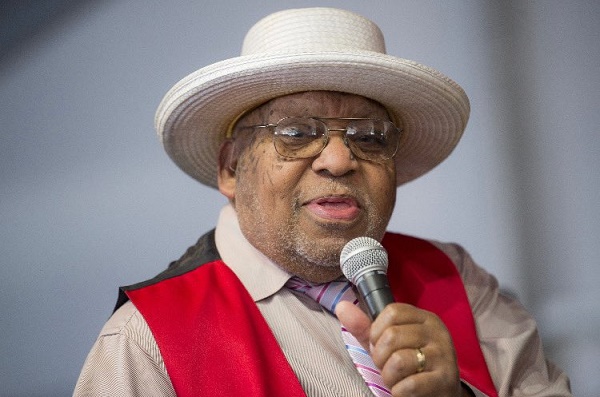 He once worked with the likes of Ed Blackwell, Cannonball Adderley, Nat Adderley and Al Hirt while tutoring Terence Blanchard, Harry Connick Jr., Donald Harrison, Kent Jordan, Marlon Jordan, and Nicholas Payton. In 2018, he got inducted into the Louisiana Music Hall of Fame.

“Ellis Marsalis was a legend, the prototype of what we mean when we talk about New Orleans jazz. He was an icon — and words aren’t sufficient to describe the art, the joy & the wonder he showed the world,” LaToya Cantrell, the mayor of his home town New Orleans, said while paying tributes.

Andrew Jack, a British actor who played roles in a number of ‘Star Wars’ movies, was 76 when he died after battling complications from the novel virus. The film star, who played General Emat in ‘The Last Jedi’ and ‘The Force Awakens’, breathed his last at a hospital in Surrey, England.

Jack was a vocal coach on blockbuster movie franchises like ‘Guardians of the Galaxy’, ‘The Lord of the Rings’ and ‘The Avengers’. Gabrielle Rogers, his wife, who was quarantined in Australia as of the time he died, said his passing came two days after he was diagnosed with COVID-19.

“We lost a man today. Andrew Jack was diagnosed with Coronavirus 2 days ago. He was in no pain, and he slipped away peacefully knowing that his family were all ‘with’ him. Take care out there, lovers,” she wrote.

According to Jill McCullough, Jack’s agent, he was “still working full pelt, coaching on the new Batman” ahead of the movie’s 2021 release. “Dialect coaching isn’t just about being good at accents. You need to make your actors feel safe and confident and Jack’s actors adored him,” he added.

Manu Dibango.. the legend of Makossa

It came as a rude shock to music lovers news circulated that the saxophone legend, who treated Africans to his blend of jazz, funk, and traditional Cameroonian music had become a dead man. Like a number of other celebrities, Dibango died from COVID-19 complications. He was 86.

Dibango had ridden to the limelight with his unique musical style — kickstarting his career as a member of African Jazz, a seminal Congolese rumba group. He would later go on to collaborate with several other music legends including Fela Kuti, engraving his name on the fabric of history. 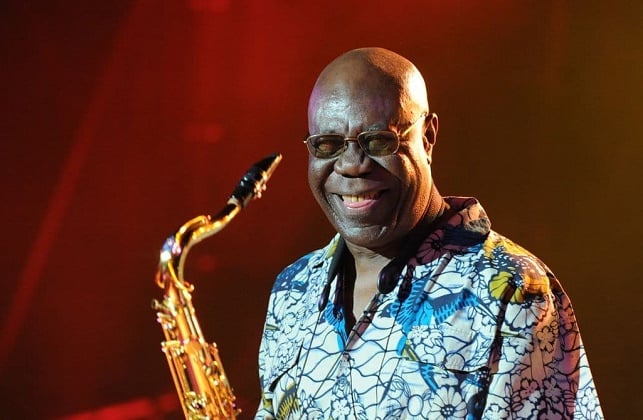 Nicknamed ‘Pappy Grove’, Dibango was a musical innovator whose work over six decades inspired a league of great artists. He is best known for his 1972 hit ‘Soul Makossa‘. With a high profile in disputes about artists’ royalties, Dibango was appointed a UNESCO Artist for Peace in 2004.

He, however, stirred some dust in 2009 after claiming that Rihanna’s ‘Don’t Stop the Music’ and Michael Jackson’s ‘Wanna Be Startin’ Something’ used the “Mama-say, mama-sa, ma-ma-ko-ssa” hook in ‘Soul Makossa’ without his permission. It was later reported that Jackson admitted.

While the duo was said to have later settled out of court, sources had it that Rihanna had asked Jackson for permission to sample the line back in 2007 and he allegedly approved the request without contacting Dibango beforehand.

As a result, Dibango’s attorneys had brought the case before a Paris court, demanding £500,000 in damages and asking for Sony BMG, EMI, and Warner Music to be barred from receiving income related to the sampling until the matter was resolved. But his rights to damages had been waved.

Wallace Roney was 59 and vibrant when he died from COVID-19 complications. Adam Shlesinger was even younger, 52. A number of other celebrities have similarly died from the pandemic, some of which weren’t included in this listicle. Yet, there’s neither a vaccine nor a cure for it just yet. 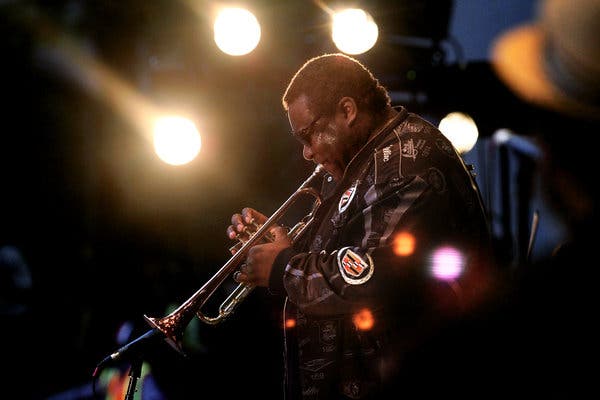 This has caused prominent individuals to join the “common man” in scrambling for available bed spaces when they’re down with the virus such that Madonna, an American vocalist, described the pandemic as “the great equalizer.” In her words, COVID-19 neither respects wealth nor talent.

“That’s the thing about COVID-19,” the 61-year-old vocalist had warned from inside her bathtub. “It doesn’t care about how rich you are, how famous you are, how funny you are, how smart you are, where you live, how old you are, what amazing stories you can tell. It’s the great equalizer.”

Minutes before his death, Alan Merill had ensured Laura, his daughter, was brought to see him for one last time. The US singer, who co-wrote the hit song ‘I loved Rock N Roll’, died at 69 from COVID-19. 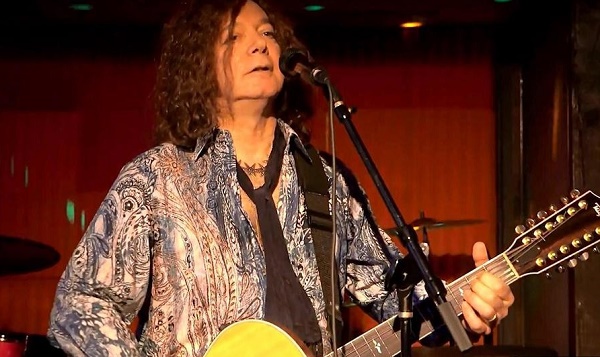 “I was given 2 minutes to say my goodbyes before I was rushed out. He seemed peaceful and as I left there was still a glimmer of hope that he wouldn’t be a ticker on the right hand side of the CNN/Fox news screen,” his daughter had narrated while confirming his death on Facebook.

“I walked 50 blocks home still with hope in my heart. By the time I got in the doors to my apartment, I received the news that he was gone. How could this be? I was just at his show a couple of weeks ago. I had just photographed his portrait for his new album. Texted with him earlier.”

It was the same respiratory disease that claimed the life of Julie Bennett, an American actress, who is known to be the voice of Cindy Bear in ‘The Yogi Bear Show’. She died on March 31, at the Cedars-Sinai Medical Center in Los Angeles. She had received her COVID-19 diagnosis a week earlier. She was 88.

Joe Diffie, US country singer, who had a slew of hits like ‘Home’ and ‘Pickup Man’ in the 1990s, died on March 29, in Nashville due to complications from COVID-19. Two days before his death, he had announced that he contracted the COVID-19. He was 61 and already had 12 albums to his name. 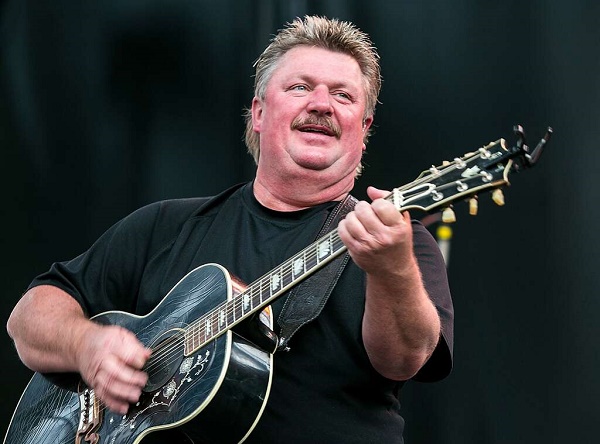 US’ Mark Blum was best known for playing opposite Madonna in the iconic 1985 film ‘Desperately Seeking Susan’. He passed away on March 26, at the age of 69 after suffering COVID-19. He breathed his last at the NewYork–Presbyterian Hospital.

Terrence McNally, a prolific US playwright whose love of opera and compassion for human frailties radiated through many of his works, died on March 24, from COVID-19 complications in a Florida hospital. He was 81 and had lived with the chronic obstructive pulmonary disease for some time.

Six things to know before becoming a stay-at-home parent