SPOTLIGHT: Impossible is nothing to Adenike Oyetunde, the amputee OAP who climbed Olumo Rock

“If only you can understand what it means to me. I did it! This year, I break everything in my mind. I’m here feeling good,” said Adenike Oyetunde, an on-air-personality, after getting to the peak of Olumo Rock with a leg and half.

At 20, she was diagnosed with Osteogenic Sarcoma, a cancerous condition that culminated in the amputation of her leg.

It sent her world crashing but with strength from within, she faced each day with great fervour and increased zeal to do all things seemingly impossible for one in her condition.

Today, Adenike, serves as a source of inspiration: that impossible is not possible, that anything can be done if, first, the mind believes it possible.

On Saturday, the Nigeria Info OAP and lawyer joined Social Prefect Tours to travel to Abeokuta, Ogun state, with one goal in mind – to successfully climb the historic Olumo Rock, a feat many with two perfect legs cannot complete. But she achieved her objective – at the same time giving many the hope to embark on herculean ventures, just as she did when she beat cancer many years ago.

THE JOURNEY TO AMPUTATION

The Queens College alumni, in an interview with BellaNaija in 2012, described the events that led up to her amputation.

“While I was at Uni, I came home for weekends and on one of those weekends, a tanker came to supply water. So I brought out water barrels for the water and when I was almost done, I slipped and landed on my right knee. The pain that shot up my body was so excruciating I screamed for help. My dad ran to help me up. The pain subsided after a little while because I took a couple of painkillers and then I went back to school. When I got back to school, the pain came back and I had to come back home. The doctors said I had a blood clot due to the fall and they had to drain out the limb. I went back to school but my condition kept deteriorating. Another x-ray revealed that the clot was still there and at this point I was referred to the National Orthopedic Hospital, Igbobi.”

While at Igbobi, she was informed of the malignant bone tumor and was told that she’d have to lose her right leg in order to save her life.

At the time, she was in her second year at Olabisi Onabanjo University, Ago-Iwoye, Ogun state.

According to Adenike, a doctor broke the news to her without an iota of empathy or sympathy.

The doctor, she said, wanted to carry out the surgery as soon as possible.

“He had broken the news to me on a weekday and was planning to book me for a surgery a few days later. I was confused and in my mind the doctor didn’t know what he was saying because if he did he wouldn’t have said it in such a harsh manner,” she said.

That she was to lose her leg shattered Adenike’s father, whom she said, “wept uncontrollably”.

“It took me over about six months of excruciating pains, agony and other medical opinion before I finally agreed to the initial diagnosis. I couldn’t accept the diagnosis. I even tried the trado-medical route. I guess I was in the denial phase at this point. Nothing worked.” 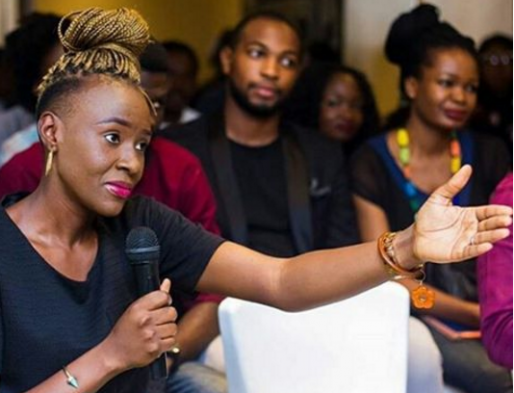 Eleven years since she lost her right limb to cancer, Adenike has made more than the best of her situation.

Along the line, she has inspired thousands, raised many and given some the lift they desperately needed – through Amputees United, which she founded to raise funds and provide support to amputees.

Like Kyle Maynard, who climbed Mount Kilimanjaro with no arms and legs, and Arunima Sinha, an amputee who reached the summit of Mount Everest, Adenike is a treasure chest of inspiration to all and sundry.

Why ‘mind education’ is key to unlocking Africa’s development