Binta Diallo, one of Wizkid’s baby mamas, has accused him of reneging on an agreement for custody, visitation and child support.

Diallo had last week complained on Instagram that she caters to her son’s needs alone, including school fees, nanny and bills.

She wrote: “I am a single mom, I work my ass off and I pay for everything, imagine if someone was paying for my son’s school fees, nanny, and paying the bills.”

Taking it a step further on Monday, she shared documents of an agreement between Wizkid’s representatives and her lawyer.

The agreement, she said, was to resolve their child support/custody issues out of court.

Diallo said the singer is owing $18,000 in child support despite agreeing to make the payment.

She wrote: “This is some of the agreements/settlements that was provided by both of our lawyers which was supposed to be resolved outside court by February 2018.

“I didn’t sue him or take the case to court because some of his family members begged not to and said that wiz himself want to settle everything with the lawyers without involving the courts because he didn’t want to get in trouble with immigration.

“So I listened and accepted that deal and gave him a chance to do the right thing. That was 7mths ago and since then his lawyers keep telling my lawyers that they have not been able to reach their client or his management team. #more receipts on the way.”

On her Instagram Live, she also accused Wizkid of paying the bills of other people’s children, again describing him as a “deadbeat dad”. 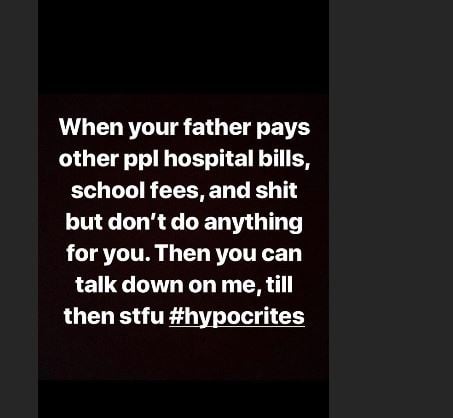 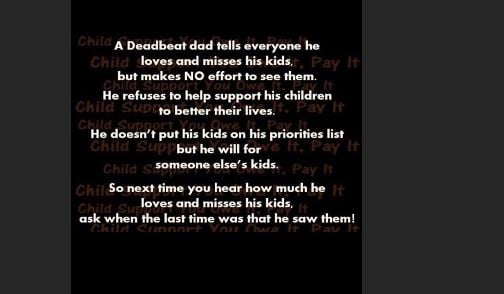 Here are the screenshots of the supposed agreement which she shared on Instagram. Diallo has since deleted the post. 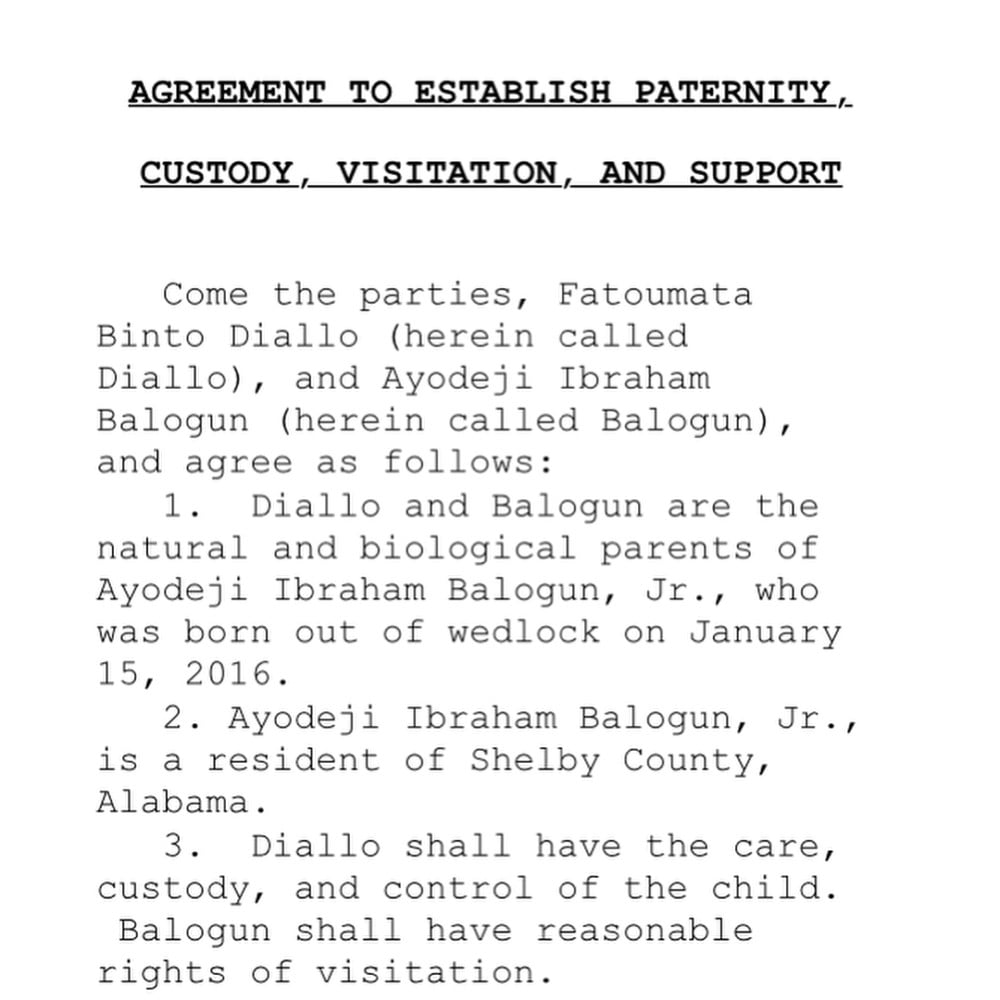 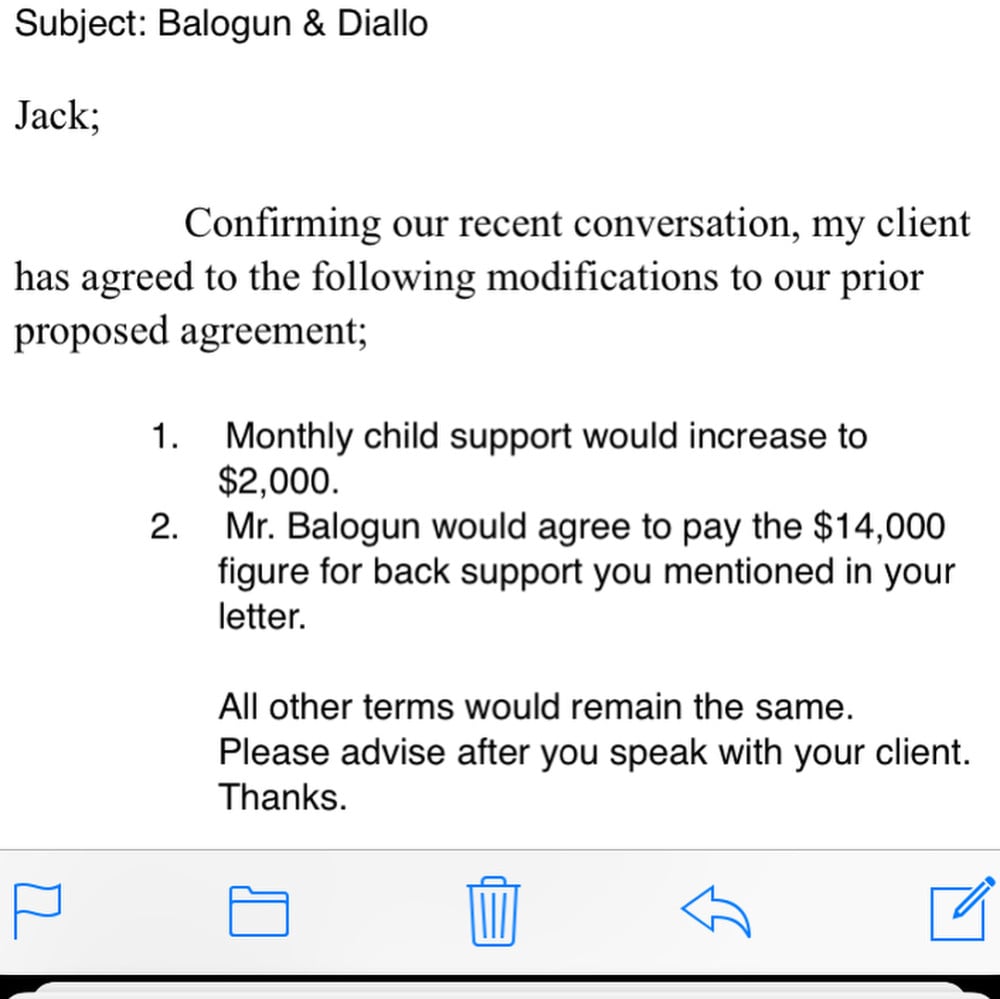 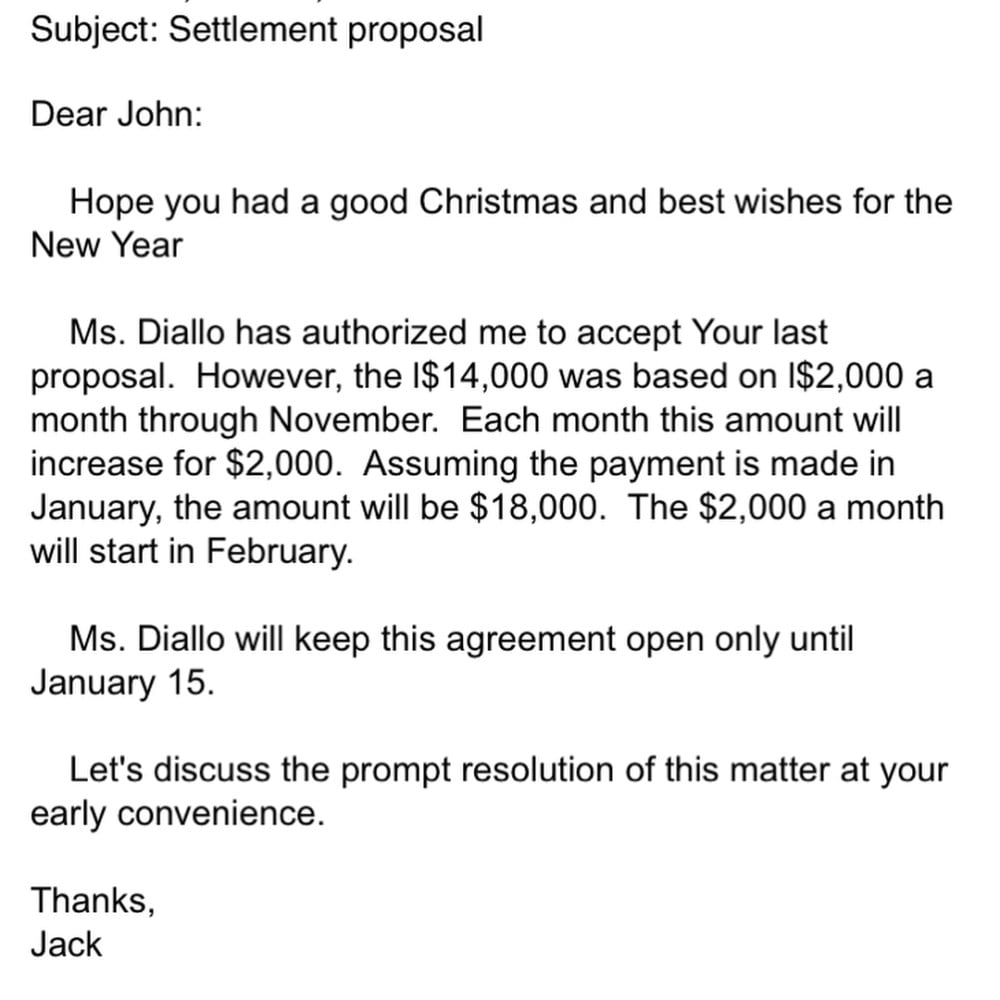 M.I Abaga: I have been serially unfaithful in relationships