Wizkid announces tour with Davido — after years of supremacy battle

After many years of supremacy battle, Wizkid has revealed that he will be going on a tour with Davido.

The ‘Ojuelegba’ crooner took to his Instagram story to announce that the expedition will take place after the tour for his fifth studio album ‘More Love, Less Ego (MLLE)‘.

Wizkid also asked their fans to anticipate ahead of the joint tour — although he did not give a specific date.

TheCable Lifestyle earlier reported that the music star’s 20-city ‘MLLE’ tour will begin on March 3, in Houston, Texas, and end in Los Angeles, California on April 7. 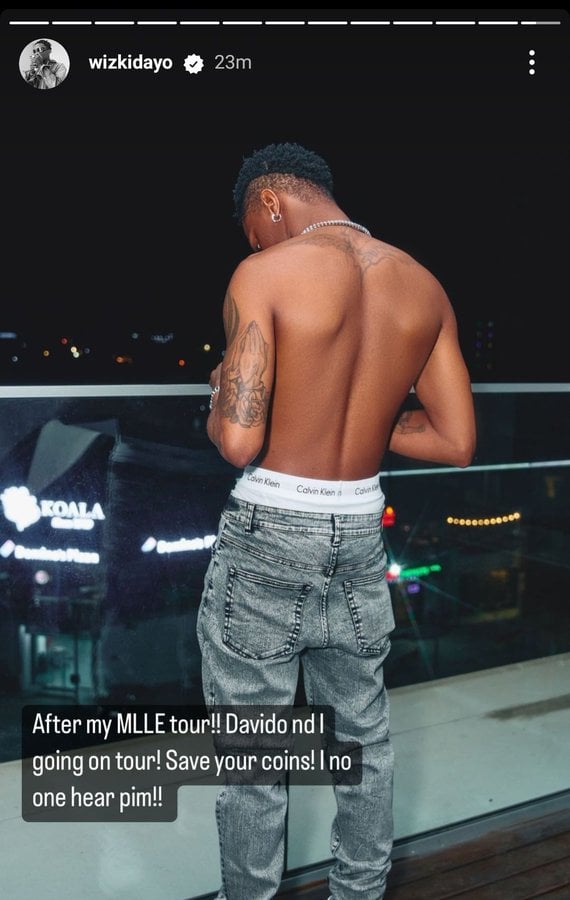 The announcement has come as a surprise to many of their fans on social media.

This is due to the fact that the duo — alongside Burna Boy — are considered to be the biggest artistes in Nigeria in contemporary times.

As a result of the apparent rivalry, their fans have always been divided over who is superior, with the two singers yet to release a song together — although in 2017, Wizkid brought Davido out as a special guest during his December concert.

The singers have also thrown heavy digs at each other on different occasions.

But in July 2022, Wizkid appeared to have offered an olive branch to Davido and Burna Boy after he downplayed the rivalry between them.