Nigeria is brimming with many resources — raw, unmined, untapped, and probably undiscovered. Human resources, not gold, crude oil or iron ore. Brains and minds blessed with ideas that are begging for harvest. Michael Ibitoye, one of such brains, recently met with TheCable at Mokola, a community in Ibadan, where he spoke of how he built a sports car from metal scrap, cartons, clay and fibre. 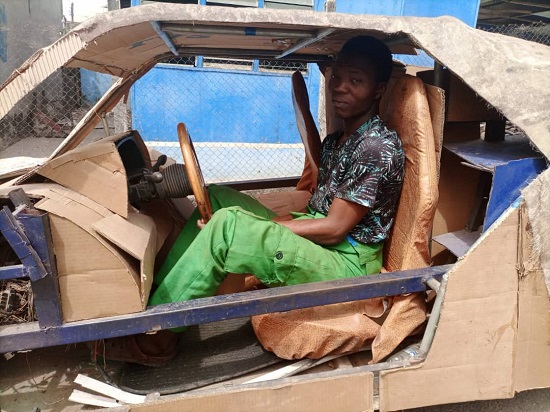 After failing to secure admission to study mechanical engineering twice, Ibitoye settled for plant science at Olabisi Onabanjo University, Ago-Iwoye. But because of his desire to be called an ‘engineer’ — which plant science could not give him –, he went on to earn himself the title by building a car.

“Now, many people don’t know my name, what they call me is engineer and I have achieved my dream,” he said.

Ibitoye said his passion for building machines started as early as when he was two years old. From crafting toy cars with cartons, 27 years down the line, he is still making strides with cartons and cardboard. He said the desire to build a car was borne from the promise he made himself when he was younger. 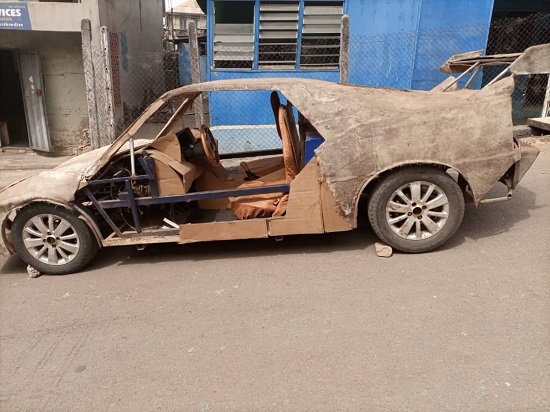 “My dad is a mechanic. So when I was small, I used to follow him to the workshop and unconsciously picked up little knowledge.”

Ibitoye’s car has two axles, double exhaust, two radiators and upon completion will have gull wing doors and will be finished with glass fibre as the car body. For now, the fuel tank is a five-litre plastic keg.

“I used carton for the underlay for the whole shape of the car before I started fibre-glassing and used gum to make it hard. I used polyurethane foam for all the curves and metals that you can easily get around for the chassis. I did the upholstery and chair myself. I did everything apart from the wiring,” he said.

“It has two axles and that will make the car stable on the road and I am planning to install two radiators and I will be using a camera, like a digital display on the car at the back and the gull wing doors. I want people to believe what I do is real. It has been rough because of financial challenges, I couldn’t get all the materials I needed to finish the car.”

He explained that he designed the car for the engine to be located at the back. This, according to him, would make an uphill climb easy.

Other than the car, Ibitoye has tried his hands on a number of other projects including a bike, a fuelless generator, wireless LED lamp.

He said: “I also built a fuelless generator. It runs on DC battery. I use a battery (car battery) to power the DC motor and the DC motor will power the armature. I’m not really good with anything concerning electricity because I’m afraid of electric shocks.

“It has been done before, you just have to upgrade yourself. I went to do research concerning the fuelless generator and I used three days to build it. A fully charged car battery powers the generator for 45 minutes. 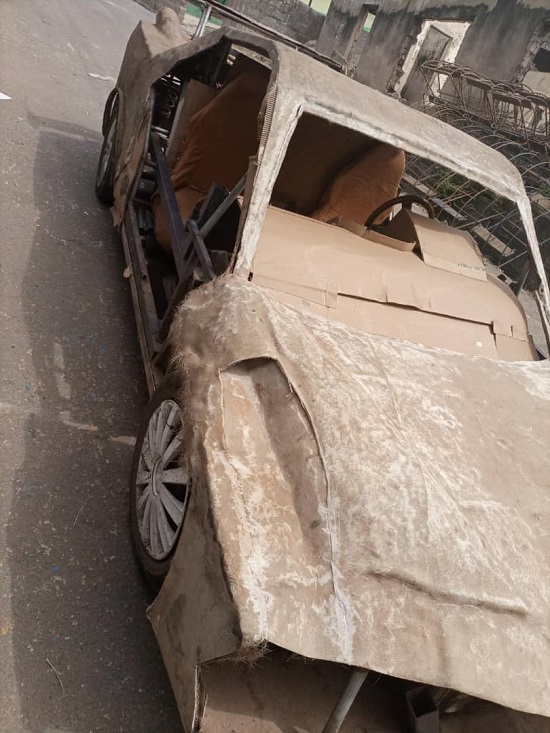 “I did the bike too when I was doing my NYSC in Ondo. From my place of assignment to my house would cost me 200 daily. But it would cost me less to fuel a bike, so I made mine. When I fuel my bike for N200, it will take me for three days instead of spending N600. When I was leaving, I told them that I would return to that community to make my money from the fuelless generator.

“I have different projects. My wristwatch is made of straw and cardboard. I have also built an AC that is powered by ice. I’ve also used saltwater to generate electricity.”

Many countries are gradually phasing out petrol and diesel-powered cars. Asked what his plans are to keep abreast of technological advancements and maintain relevance in the future, Ibitoye said he is optimistic that he is up to the task.

“For the new generation fuelless cars, I have been studying them and if I have the necessary support, I believe I can do something big and I have started already. I am planning to make a small electric vehicle for my aunt’s kid,” he said.

He added that if he gets an opportunity to study car making, he would be able to build a brand that would compete with the likes of Toyota, Lexus and Mercedez-Benz. 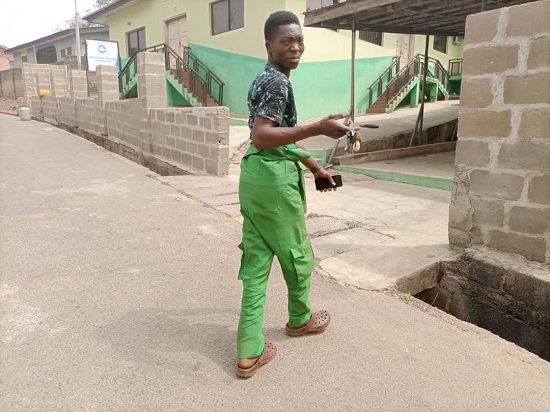 “Yes, I can. When I was saying to myself that I wanted a car built by myself, people were discouraging me. My friend once said if the car really works, he can’t be in the car with me but now, he even drives the car. So, it will surely happen because that is my biggest dream. So, my product will compete with other brands,” he said.

“I want the government to help people with my kind of talent. I have three guys already that have started this but just because of financial limitations, they could not continue. So, if there is an avenue for the government to help people like me, Nigeria will be the best place where cars will be made and I want that opportunity to go abroad to study more about car making.” 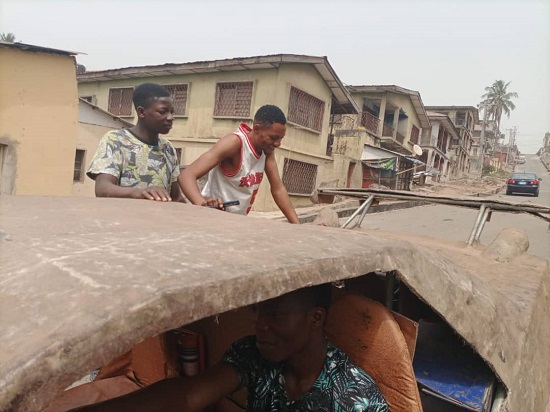 In one corner of Mokola, 29-year-old Ibitoye can be often found bent over, clad in a leave-green jumpsuit tied at his waist — while welding metals for schoolchildren’s slings. This may be the future Elon Musk, but for now, he is living each day as it comes, holding on to his dream of becoming a renowned engineer.

FLASHBACK: What I learned during 20 months in prison, by Fela