Two lovers from Okija in Anambra state have reportedly committed suicide earlier this month after they were not allowed to marry because one of them was from a slave descendant.

According to BBC, the duo, believed to be in their early thirties, were preparing to tie the knot when their parents objected to the union.

In a note left behind, the lovebirds rued the impossibility of them getting married “all because of an ancient belief.”

“They’re saying we can’t get married… all because of an ancient belief,” they wrote.

“God created everyone equally so why would human beings discriminate just because of the ignorance of our forefathers.”

Just like the lovebirds, several people — believed to be of slave descendants — still face discrimination and different kinds of stigma in the south east — home to the Igbo ethnic group — decades after the end of slavery in Nigeria. 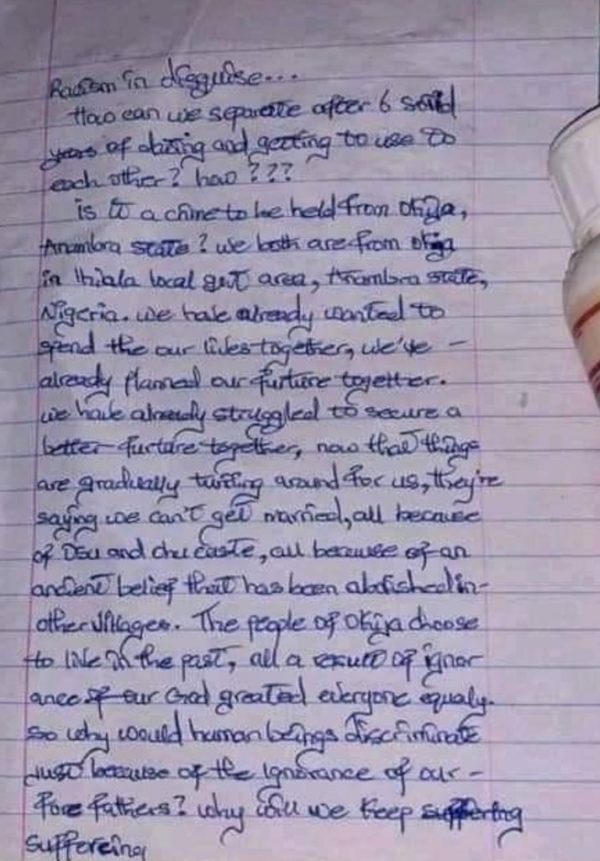 Descendants of slaves among the Igbo fall into two main categories — the ohu and osu.

While the ohu’s ancestors were said to be owned by humans, the osu’s were owned by gods – people dedicated to community shrines.

Those linked to the two groups are not only barred from marrying other Igbo classified as “freeborn” but also prohibited from holding political positions among others. 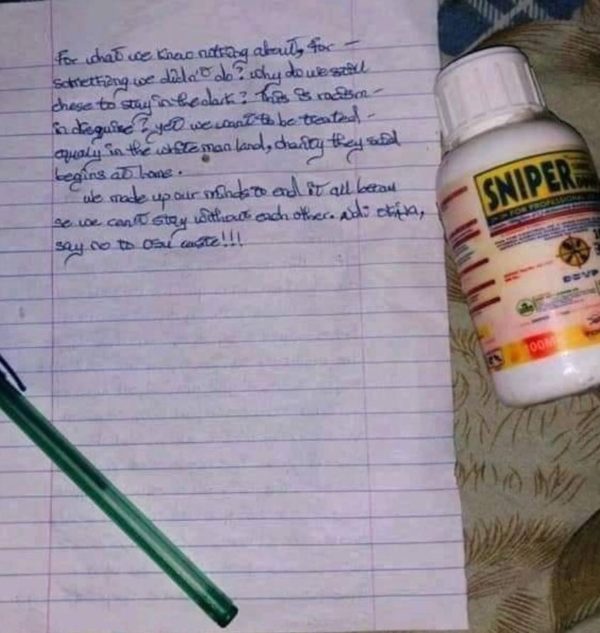 Favour, a 35-year-old woman, who was also affected by the system, recounted how her plan of getting married to her lover was halted about three years ago.

The lady explained that she was preparing for her wedding to her lover, whom she had dated for five years, when his family kicked against their union after discovering that she was an osu.

“They told their son that they didn’t want anything to do with me,” she said.

She added that her lover initially tried to resist his family’s objection to the union but eventually threw in the trowel after heated pressure.

“They instilled fear in him. He asked me if I wanted him to die.”

To combat the issue, Oge Maduagwu, 44, had in 2017, founded the Initiative for the Eradication of Traditional and Cultural Stigmatisation in our Society (Ifetacsios).

Maduagwu has since been traversing different parts of the south east where the practice still holds sway to enlighten people and advocate equal rights for those affected.

“The kind of suffering that the black people are going through in America, the slave descendants here are also going through the same,” she said.

How Linda Ikeji demystified herself with baby daddy revelation

VIDEO: Would you return gifts when a relationship ends?