Princess Shyngle, a Gambia-born actress, has re-engaged Frederic Badji, her Senegalese boyfriend — after claims that their relationship had hit the rocks.

In September 2019, Shyngle had earlier engaged Badji only to accuse him of cheating on her months later.

After the initial engagement, the Ghanaian filmstar had said she was “broken and in serious pain“. She also announced a short-lived social media hiatus. 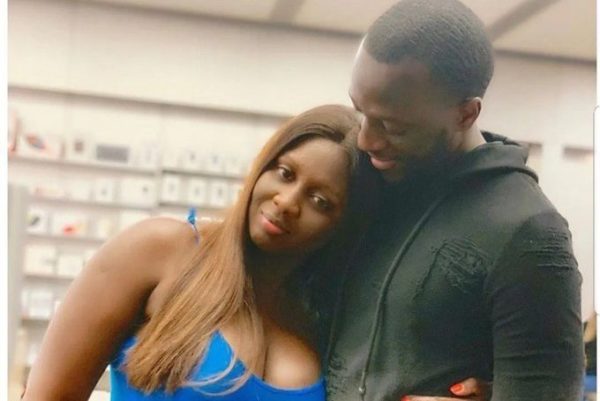 In a recent development, the actress reposted the previously shared clip from her engagement, reminiscing on how she had first known Badji via the latter’s Instagram message.

“It started from the DM. God, thank you for blessing me with such a loving, caring, handsome hot chocolate, shy, God-fearing, calm and amazing husband. I’m blessed to have him,” she wrote.

“Thank you, Instagram for making my dream man find me. Ladies, start replying to your DM’s oh.”

Started from the dm 💃🏽💍❤️ God thank you for blessing me with such a loving, caring, handsome hot chocolate 🍫, shy, God fearing, calm and amazing husband ❤️🙏🏽❤️ I’m blessed to have you @fredericbadji1 ❤️ Thank you Instagram for making my dream man find me 🤣💃🏽❤️ ladies start replying your DM’s oh 🙏🏽💃🏽❤️

She also disclosed that she had sought the opinion of her fans as to whether or not she should reply to the Badji message wherein he had wooed her.

“8 months ago, I posted a dm on my page from a total stranger. It caught my attention because it was the sweetest I had ever received. The person who sent it didn’t have a profile pic,” she narrated.

“I decided to screenshot the dm post it on my IG and asked my followers to advise me if I should reply to the DM or ignore it. 80% of y’all said I should reply.

“Well, I did and, 5 months after, he proposed. I’m about to be a wifey to the man I dreamt of all my life.”

Teddy A and Bambam, ex-BBNaija housemates, visit ooni of Ife