Princess Shyngle, Gambia-born Ghanaian actress, says “she is broken and in serious pain”, barely two weeks after her engagement with Frederic Badji, her Senegalese boyfriend.

The voluptuous actress took to her Instagram page to inform her fans that she is going through a rough patch and will be taking some time off  the social media platform.

“I’m going off social media for a while. I’m going through some real-life issues right now and I need a break to get myself together. I love y’all and pray for me,” she wrote and subsequently deleted all her pictures. 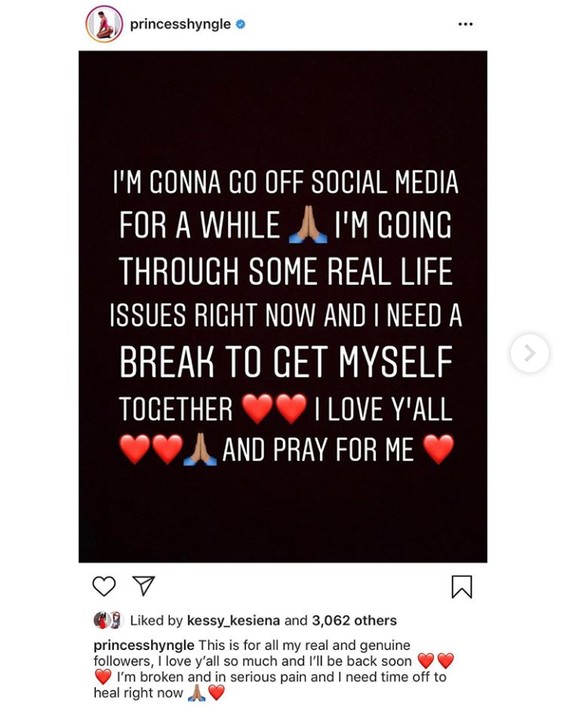 The post was accompanied with the caption: “This is for all my real and genuine followers, I love y’all so much and I’ll be back soon. I’m in serious pain and need time to heal right now”.

Shyngle, however, did not reveal what exactly she is going through.

On September 21, the Banjul-born movie star had announced her engagement with Badji and also shared a video of the wedding ring.

The footage shows  the moment when Badji went down on one knee and popped the “will you marry me” question to her during a romantic dinner.

In August, Shyngles became the subject of conversation on Twitter after rumours emerged that Burna Boy had dumped Stefflon Don, British rapper, for her.

MI Abaga: For many youth, Buhari represents a corrupt generation of politicians with little to offer