A female resident of the Obafemi Awolowo (AWO) hall in the University of Ibadan (UI) sustained fire burns after an explosion on Thursday morning.

The student (name withheld) was said to be cooking in her room with biofuel when the incident occurred.

Cooking with gas or in the rooms are prohibited in UI and students found wanting are liable for expulsion from the hall.

She reportedly exhausted her fuel and attempted to refill it without putting out the inferno, resulting in an explosion.

As the only victim of the incident, she was first taken to Jaja, the institution’s medical centre, before being transferred to the University College Hospital (UCH), Ibadan, Oyo state.

At least, two rooms in the G block of the hall were said to have been affected by the fire while many students lost their valuables including documents.

Below are pictures from the fire incident. 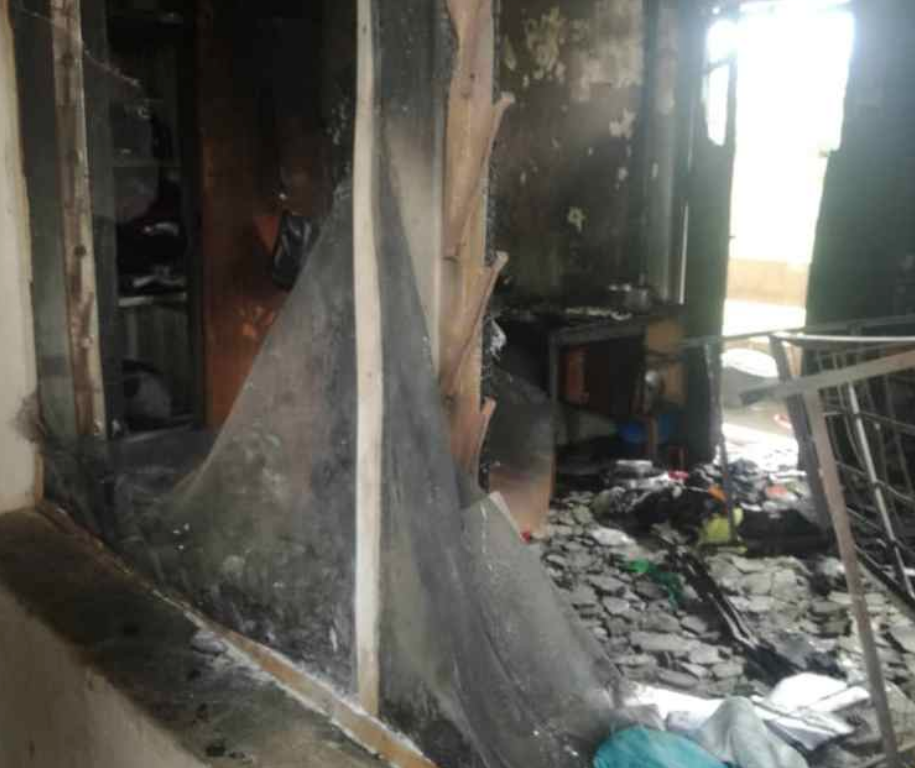 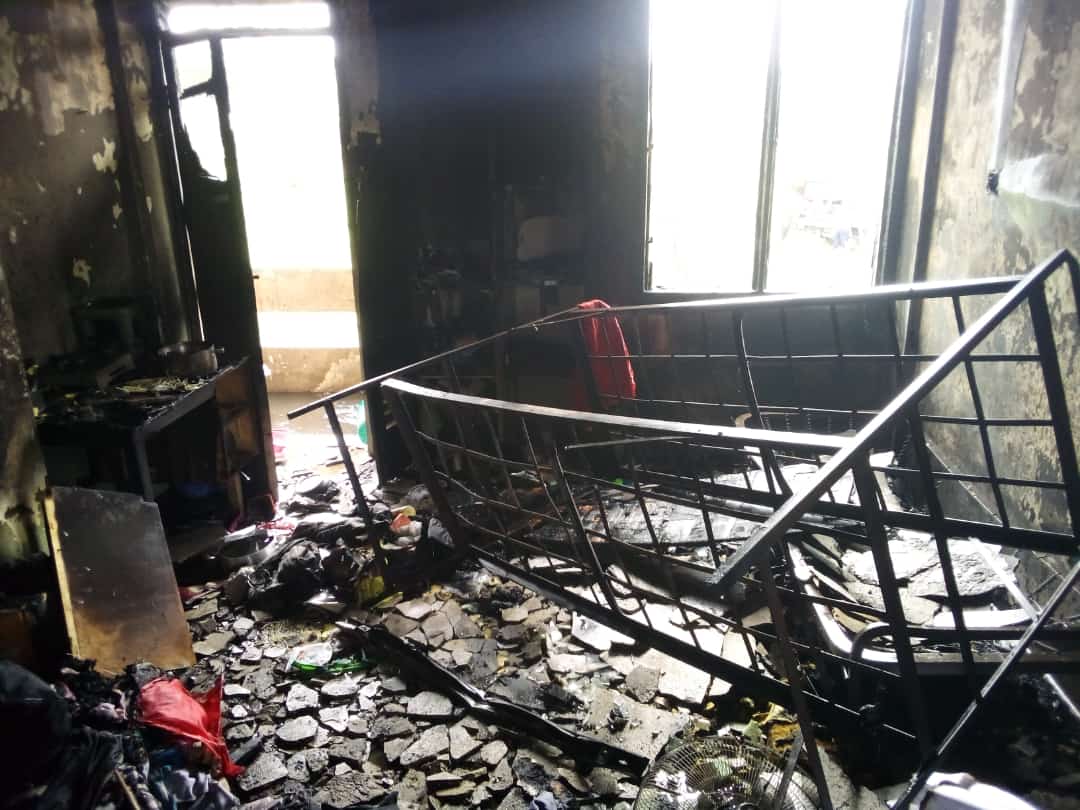 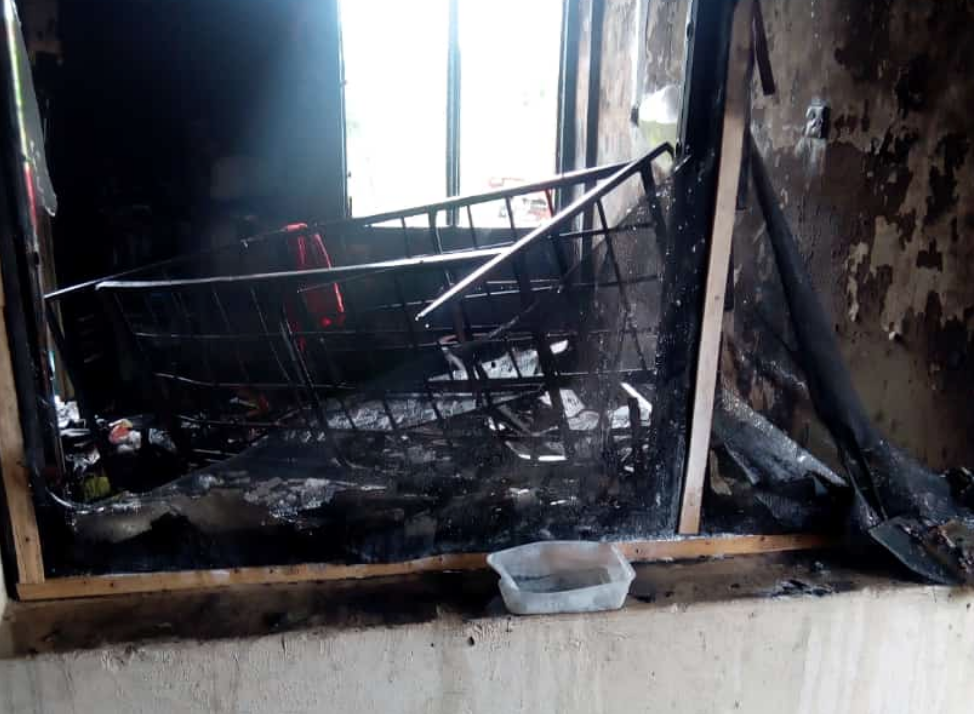 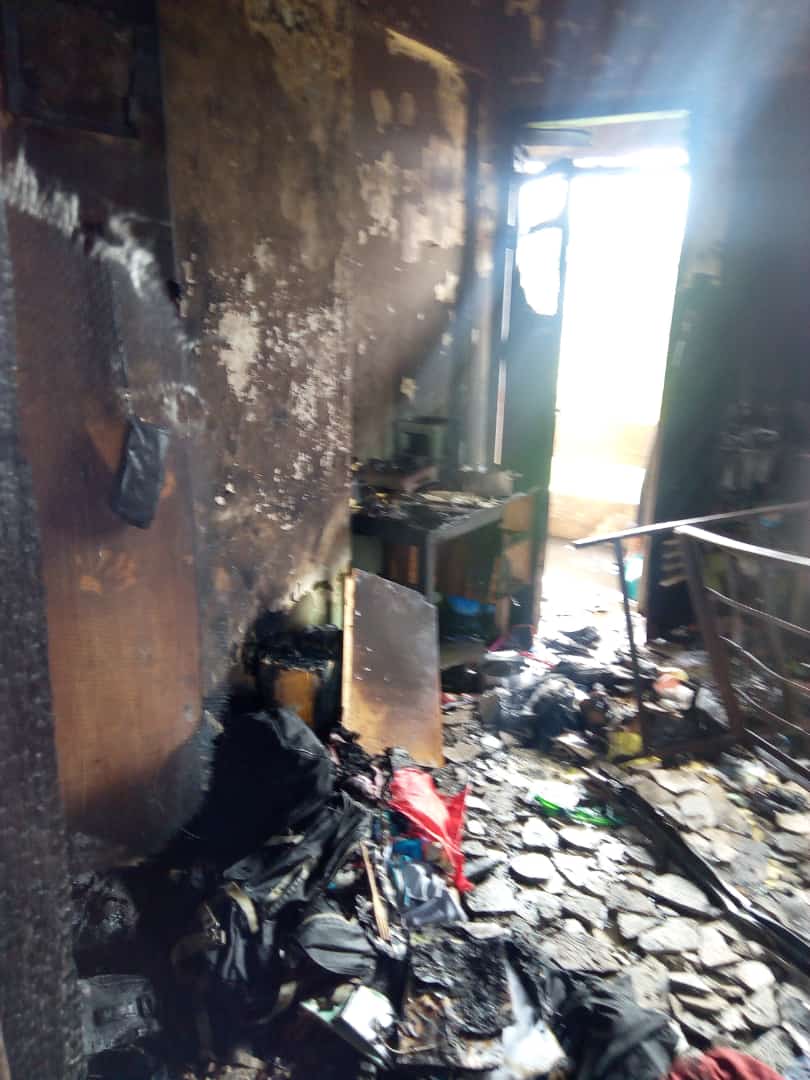 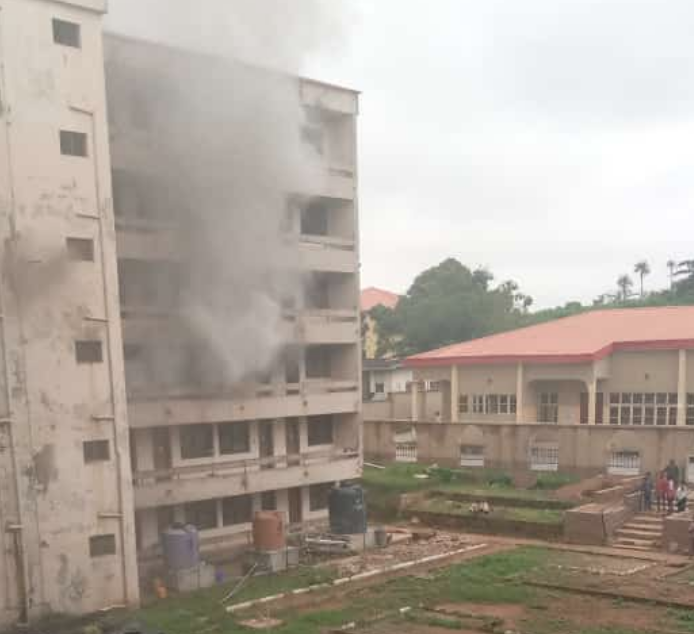