Unusual activities had hit Borno state after fleets of aircraft landed at the Maiduguri International Airport for the wedding of the son and daughter of Kyari Mele, group managing director (GMD) of the Nigerian National Petroleum Corporation (NNPC).

The event, which held in the northeastern city on Saturday, saw Muhammad and Sadiya, the GMD’s son and daughter, get married to their different spouses.

It is believed that no less than 40 aircraft had conveyed prominent politicians, oil business moguls, friends and family members of the Meles for the spectacular ceremony.

A fleet of private jets that conveyed guests to the wedding of 3 of the @NNPCgroup's GMD, Kyari Mele's children seen on the Maiduguri tarmac on Saturday pic.twitter.com/hRSOFkhtK3

A convergence of private jets at the Maiduguri airport tarmac as guests arrive for the wedding of NNPC GMD's children on Saturday pic.twitter.com/khYRdmj3Sx

While the wedding reception held at the government house multipurpose hall, government vehicles and those of various public institutions were said to have conveyed guests around the city.

For security reasons, police and civil defense operatives restricted movement in major roads leading to the wedding venue in a manner that forced commuters riding back and forth to ply single lanes.

Among those that graced the ceremony are Abubakar Garbai Elkanemi, shehu of Borno; Babaana Zulum governor of the state; and Ali Sheriff, a former governor of Bornu state.

Others are Muhammed Monguno, the national security adviser; Rilwan Akiolu, oba of Lagos; ministers of the federal executive council, serving and former governors, senators, as well as northern emirs. 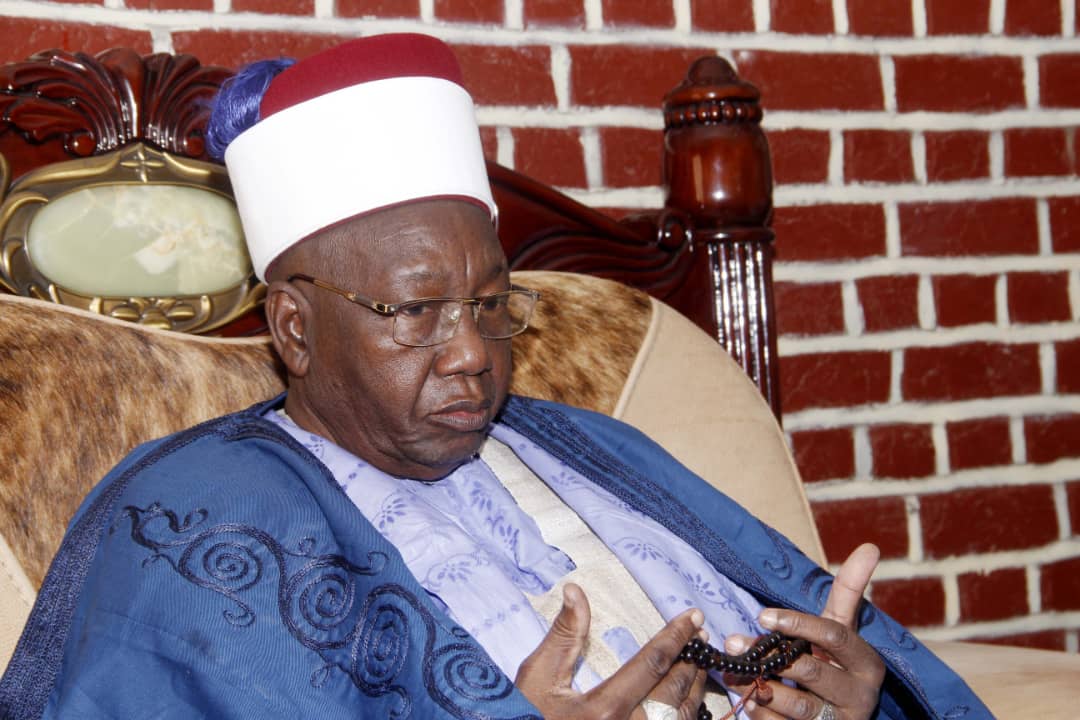 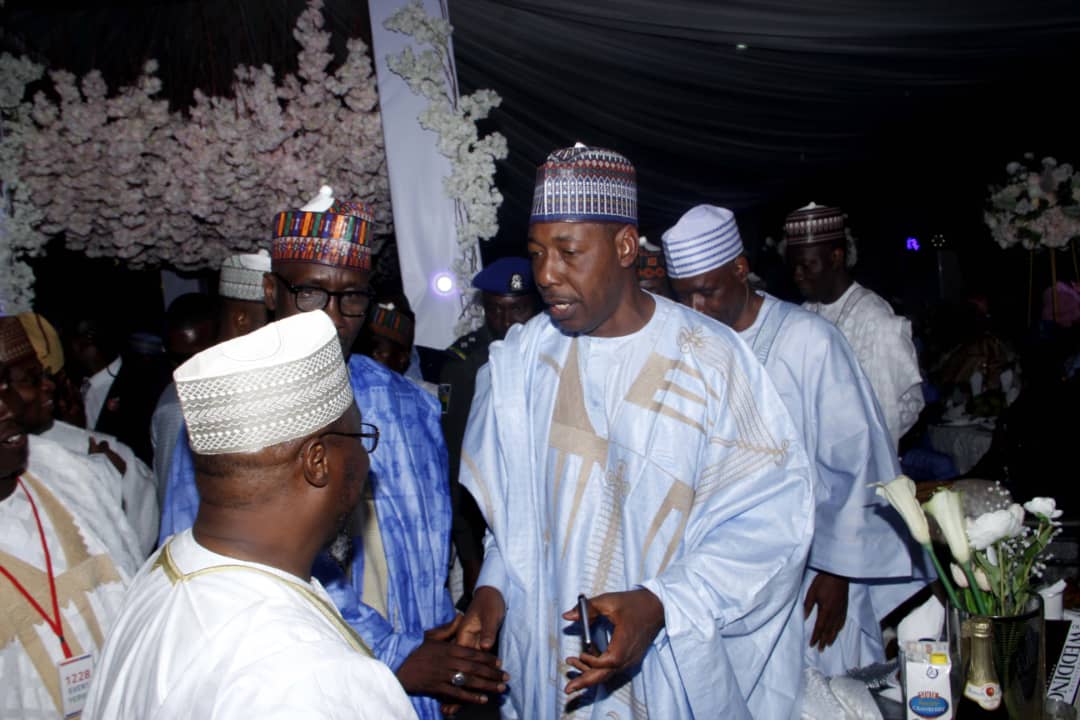 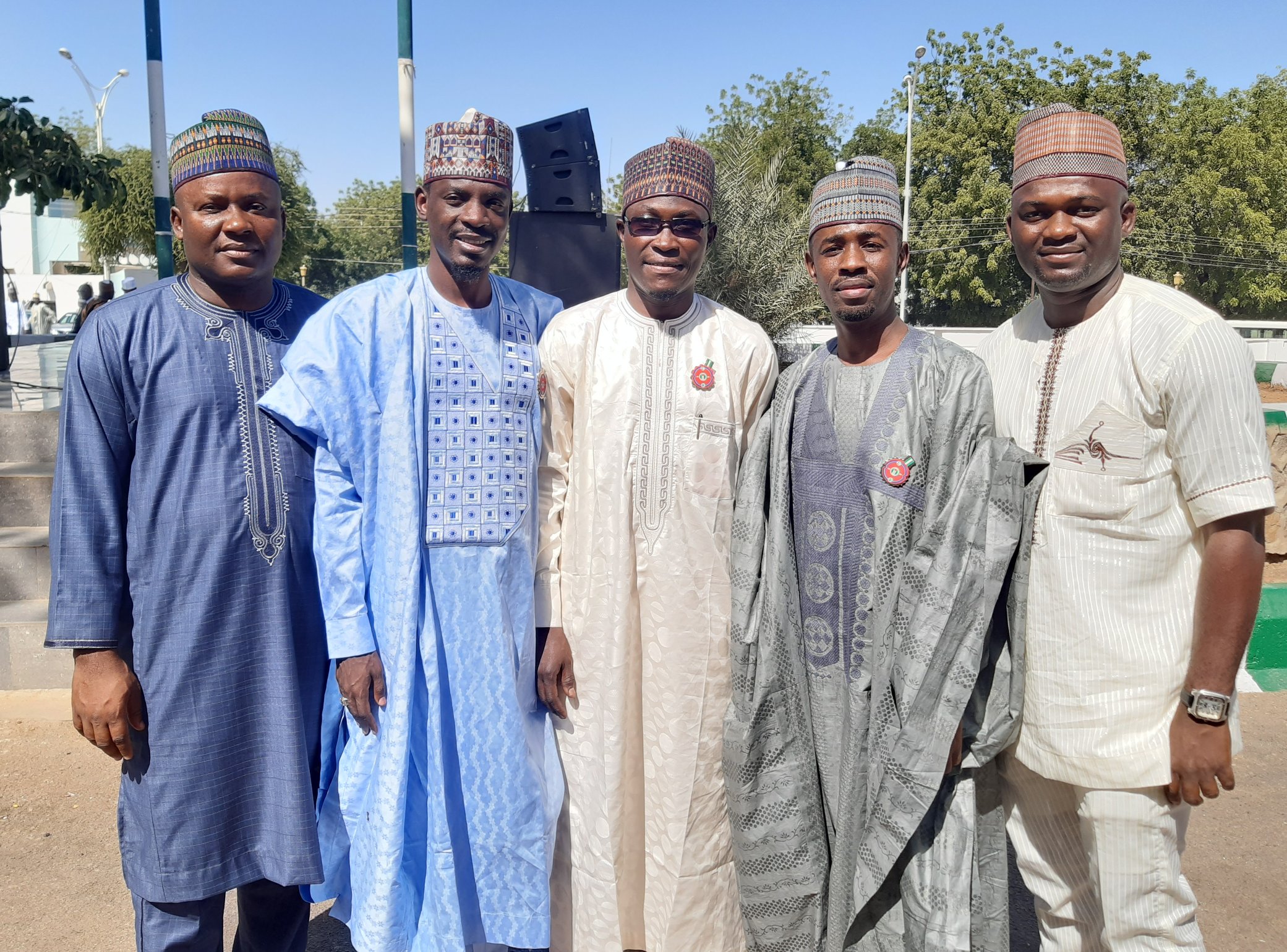 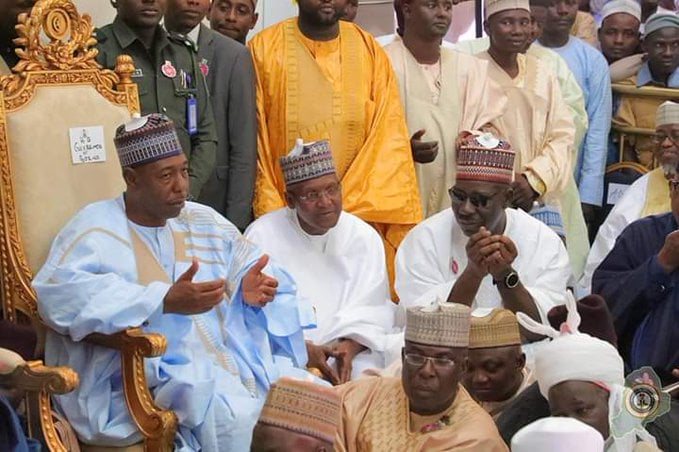 In September, Kayari had fixed the duo’s wedding ceremony for December 28, charging those who would be in attendance to put the family in their prayers.

“My son Muhammad and daughter Sadiya wedding set for 28th December 2019. Grateful and expectant of your prayers. Sending no one to solicit or rally for material help of any kind,” he tweeted.

Below are more photos of some of the guests who graced the wedding ceremony:

There are hundreds of weddings today but the GMD of NNPC locked down maiduguri because his two sons and a daughter are getting married today, only for his high powered guests to move around freely God will surely punish you for the unnecessary hardship you inflicted on our people pic.twitter.com/IiqQP67HgN

MORE PHOTOS:#Nigerians from all walks of life identified with the GMD @NNPCgroup, Mallam @MKKyari, during the Wedding Fatiha of his children in #Maiduguri, yesterday.