Nunuk Nuraini, the woman who invented ‘mi goreng’, Indomie noodles’ iconic flavour, has passed away at 59.

Nurlita Novi Arlaida, a spokesperson for Indofood, an Indonesian company that produces Indomie, broke the news in a short statement.

“Ibu Hajjah Nunuk Nuraini passed away [yesterday] and returned peacefully to Allah,” the company was quoted as saying.

Nuraini breathed her last on Wednesday. The cause of her death, however, remains unknown as of the time of filing this report.

The deceased worked as a flavour development manager with Indofood’s instant noodle — a popular brand of noodles in South Asia, Australia and African countries including Nigeria — division for nearly 30 years.

Nunuk was a graduate of Padjadjaran University’s (Unpad) food technology department in Bandung, West Java, a province in Indonesia. 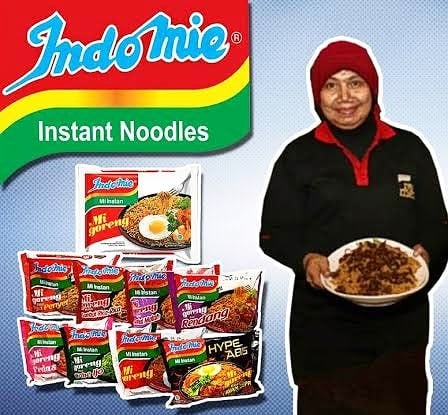 She rode to the limelight for initiating several popular Indonesian traditional flavours for Indomie including ‘soto’, ‘rendang’, ‘chicken curry’, and ‘sambal matah’, as well as the ‘mie goreng’ (fried noodles).

Tributes have since been pouring in for the deceased on social media as news of her death continues to spread.

Joining the fray, Lambert Grijns, Netherlands ambassador to Indonesia, Timor-Leste and ASEAN, described the deceased as an “icon.”

“An Indonesian icon has passed away. Rest in Peace, ibu Nunuk Nuraini, you created the best mi goreng ever! #indomie,” he wrote on Twitter.

An Indonesian icon has passed away. Rest in Peace, ibu Nunuk Nuraini, you created the best mi goreng ever! #indomie https://t.co/dNmFXAfIFa

Without exaggeration it is amazing how good a tiny packet of instant noodles can taste, and it turns out it was thanks to Nunuk Nuraini.

“We just lost Mrs. Nunuk Nuraini, the genius flavor developer of people’s beloved instant noodles ‘Indomie’ today. may her soul rest in love and her legacies will definitely forever live on. You are truly a legend for Indonesians,” a user wrote.

Another user wrote: “Malay news. Has passed away to Rahmatullah, Mrs. Nunuk Nuraini, the lover of Indomie taste that we know. He died this morning, Wednesday 27 January 2021 at 2.55 WIB. May the deceased Husnul Khotimah. Aamiin.”

My father started raping me at 8 till I was 15… now I want to fight back, says teenager

‘They frame, arrest and extort us’ — Nigerians on Twitter renew calls for scrapping of SARS

Three creative ways to use garri in making food