Munachi Abii, the Nigerian rapper and actress, left fans worried on Thursday after she shared a disturbing post on social media.

The former beauty queen took to her Instagram page to put out a post wherein she appeared to be voicing out her frustration over an undisclosed issue.

In the terse post, the entertainer had doubted if she can still put up with happenings around her, saying “I’m tired”.

“Not sure I can do this earth thing anymore. I ‘m tired.” she wrote in the now-deleted post. 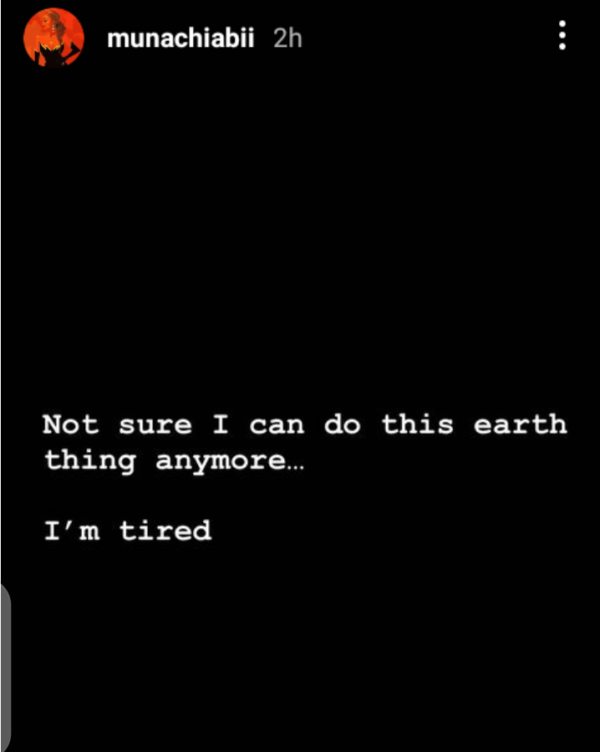 It remains unclear what informed her post as the actress did not provide further details.

But the development has since elicited mixed reactions on social media, with many users speculating she could be battling an undisclosed challenge.

The Port Harcourt-born rapper graduated from Benson Idahosa University where she studied international relations and diplomacy.

Abii won the 2007 edition of the Most Beautiful Girl in Nigeria (MBGN) beauty pageant. She has also continued to pull the strings in the country’s entertainment industry.

She has worked with top musicians like Psquare, J Martins, and Waje, and also snagged several award nominations for her roles in movies.

Folorunso Alakija: I was not at Laycon’s birthday party

Kachi: Rosie aborted our baby without my consent

Kannywood’s Ummi Ibrahim: I contemplated suicide after being duped of N450m