Okusaga Adeoluwa Pelumi, better known as Saga, featured on the Big Brother Naija season six with the same goal as every other housemate — to create a vibrant and sellable brand to the world of business. Though his stint was characterised by talks of his relationship with Nini, Saga believes he showcased his talents and gifts enough in the ‘Shine Ya Eye’ house to make the world his canvass. Dishing out what his plans are, the 29-year-old visual artiste said his focus is jealously on organising record-breaking exhibitions, and partnerships with art galleries both in Nigeria and across the Sahara. In this interview with TheCable Lifestyle’s KUNLE DARAMOLA, the high-spirited fitness trainer revealed the psychology behind his unshakeable affection for Nini in the house, his relationship with Pere, among other issues. 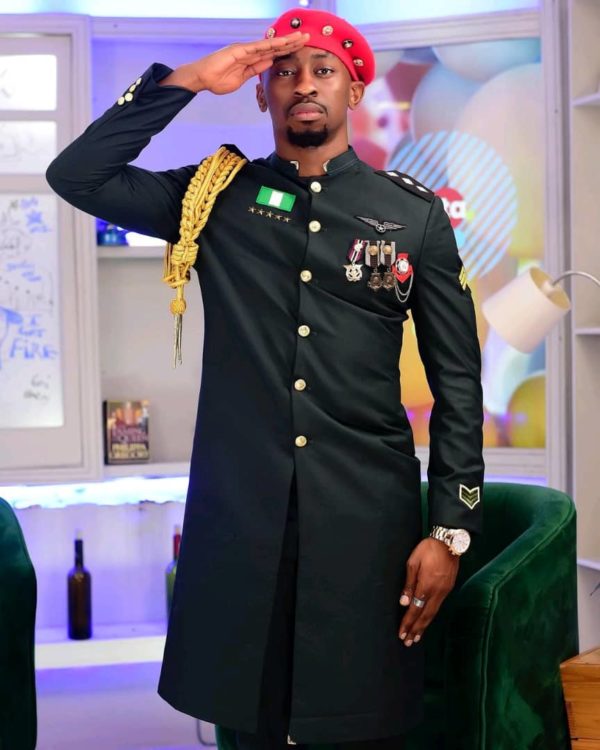 How has been the reception outside of the house?

The love has been overwhelming. People misunderstood some things I did but that’s fine, the love outweighs all of that. I was just received by my Saga gang, they presented me with a lot of gifts. The love has been immense, I’m still adjusting to the new environment.

Can you briefly take us through your background?

I was born into a family of five, I have two elder sisters. My full name is Adeoluwa Okusaga Oluwapelumi. My mom and I were the closest of friends, so close that I didn’t have a girlfriend till she passed in 2014.

She trained me to respect women. I was a proper mummy’s boy when she was alive, I’m even better now.

When I was on the show, I didn’t know at the time that what I was doing with Nini would be as big as this, or widely criticised like this, that’s just the way the society is, people judge you irrespective.

Why did you choose to come for the show even though you were doing well already?

Everything in my most recent years is to try and create a brand for myself, I’m trying to make my name known. When I made the move to go to Canada, I wanted to know what better ground I can find there for my arts, my fitness, so it was the same thing that took me to the Big Brother house.

Now Big Brother has made my name a household name, the next thing is to create that brand, to properly utilise it, whether in Nigeria or in Canada or UK. I believe the world is my stage currently, so let’s see how it goes.

What is it really you intend to focus on?

The next thing for me now is my art, I need to create more art, and I need to plan an exhibition. I also need to work with galleries both locally and internationally.

I want to put my arts out there, I have a lot of things to say through them, a lot of emotion to pour on paper.

After that, I have modelling, and also I’m open to working with fashion companies and brands. Fitness as well, partnerships, acting and Nollywood, everything I’m down. 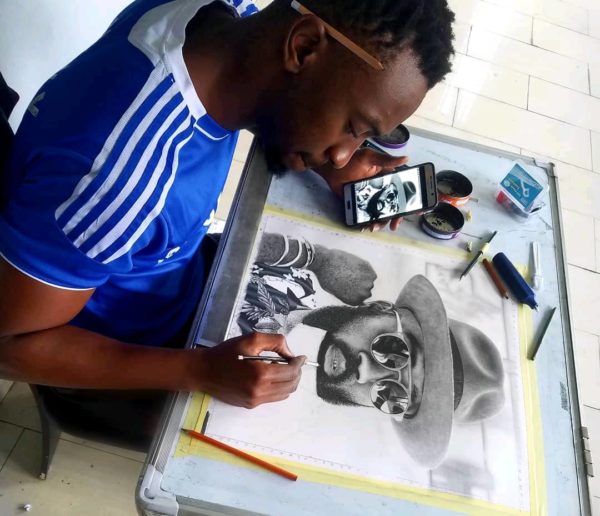 Did you think you were able to sell yourself enough while in the house?

Of course, I sold myself enough in the house, I won every art task. Every chance I got with a pencil or a pen, I made a drawing that was phenomenal.

I won every fitness track that didn’t involve an element of luck. I was the fitness coach for 8 weeks straight in which everybody made good compliments about the changes they have seen in their bodies.

I also sold myself as an intelligent person. 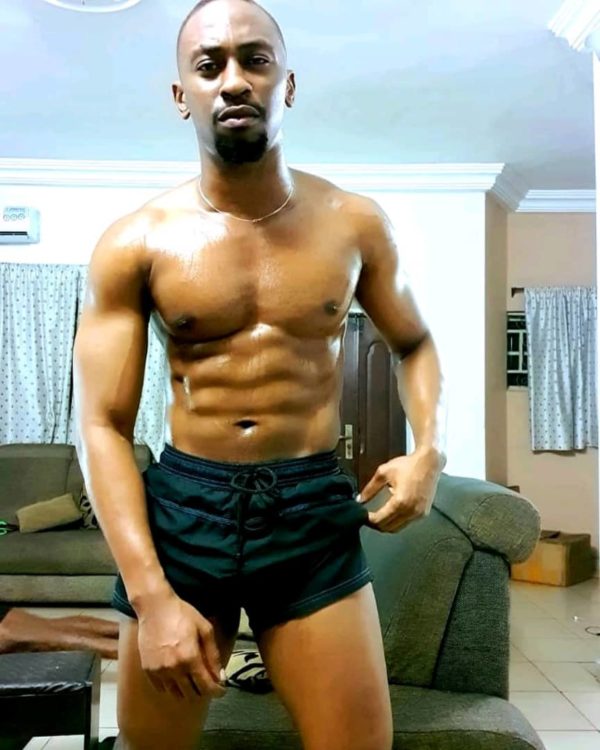 How did you feel when Big Brother played the covert conversation you had with Nini about Pere?

That was a tough one for me but to be honest, the most important thing to me at that time was the fact that Big Brother was just battering me. I had just received a strike, finished a punishment, I also had to wear lady’s clothes and Big Brother told me I disappointed him. I failed the task and so many things.

The video was just the icing on the cake, so at that point, when I watched the video, I wasn’t happy that Pere got to watch it but I had a lot on my mind really.

It took me a while to take myself to apologise to him. I was making jokes, nothing in that video was personal.

I love the guy, something can happen between friends. When I spoke to him about it eventually, it didn’t take us 10 minutes before we settled it and came back as bros.

Have you been this affectionate in your previous relationships or Nini was just special?

I would like to clarify that I wasn’t in a relationship with Nini, we were just friends. I believe the friendship was really strong. We had a good connection and the feeling was mutual. That is how I am with most of my friends, I am a loyal friend.

When I was in university, I had four female best friends, we are still best friends till today, and that’s over 12 years ago. The ones that are married, I was a groomsman to all their husbands, so that’s the way I was brought up.

I was raised by my mom, I have two sisters, I’m the only child, the only boy, and the last child. So, I was brought up in love, to respect women and treat them as queens, girlfriends or not. 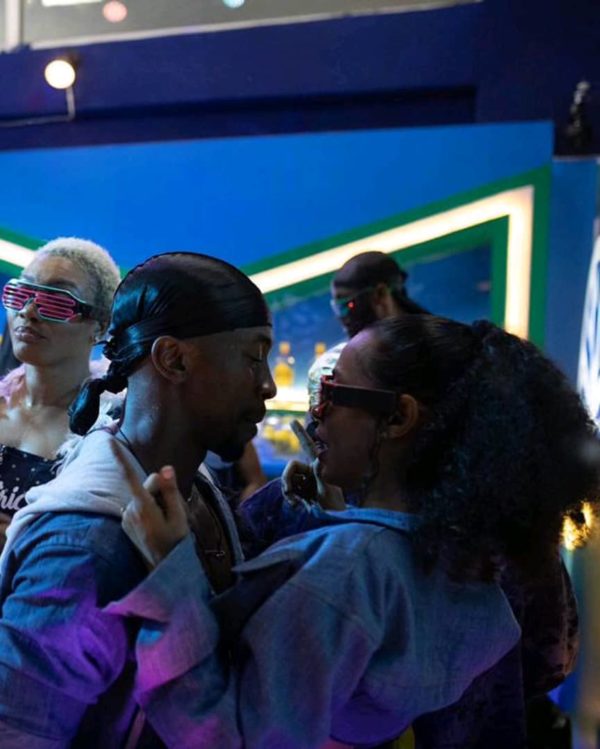 Why were you not able to carry out the task of not speaking with Nini for a couple of days?

What happened was that Big Brother gave me a task to fight with Nini which has never happened before. Nini and I never fought on that show, except when Big Brother chose to pour sand in our garri. We were brought there to create drama, and Big Brother found a way to milk all the drama out of me.

So the task was that I should fight with her and not talk to her for a while till the next diary session, and he offered me 200 hundred Abeg Naira and 200 BB tokens. 200 Abeg Naira is worth six loaves of bread and 200 hundred BBtoken is worth nothing.

Part A of the task was done when I didn’t speak with her throughout that day, I even slept on another bed until she had a fight with Cross, and as a good friend that I am, I had to make sure she didn’t take the fight too far, so I found a grey area in between my task and I went there to drag her away from Cross, and I locked her outside till she cooled down because I didn’t want both of them to get a strike.

When she cooled down, I kept my distance until Pere ran to me and told me she was crying, I just weighed my options. Friendship and bonds that are built in BBNaija’s house outlive the house and relationships are important to me.

I wasn’t ready to put our relationship below 200 Abeg Naira. That was when I told her what Big Brother told me, I didn’t know I’ll get this kind of backlash anyway. 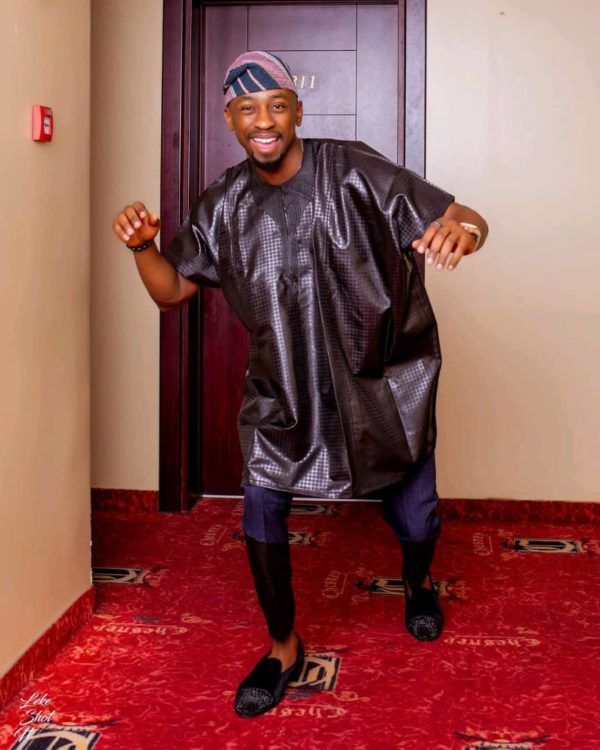 What would you like to say to your fans and critics?

Believe in yourself, don’t let anybody change who you are fundamentally. If you know you’re doing good, stand for it and believe in your destiny and goals, put your back in it. The things you can change, change it, things you can’t change, move from it and live your life on your own terms.

Shatta Wale: How my mum ruined my dad’s emigration plan, left him