Hillary Clinton, 2016 US Democratic Party presidential nominee, has rearranged her Twitter bio after the conversation she had with Chimamanda Adichie, a Nigerian author.

Adichie had expressed displeasure over Clinton’s use of “wife” to begin her Twitter bio.

The award-winning writer voiced the sentiment at the PEN World Voices Festival on April 22.

Clinton promised to make a correction and replied saying, “when you put it like that, I’m going to change it”.

The former first lady of the US has now rearranged her Twitter bio. 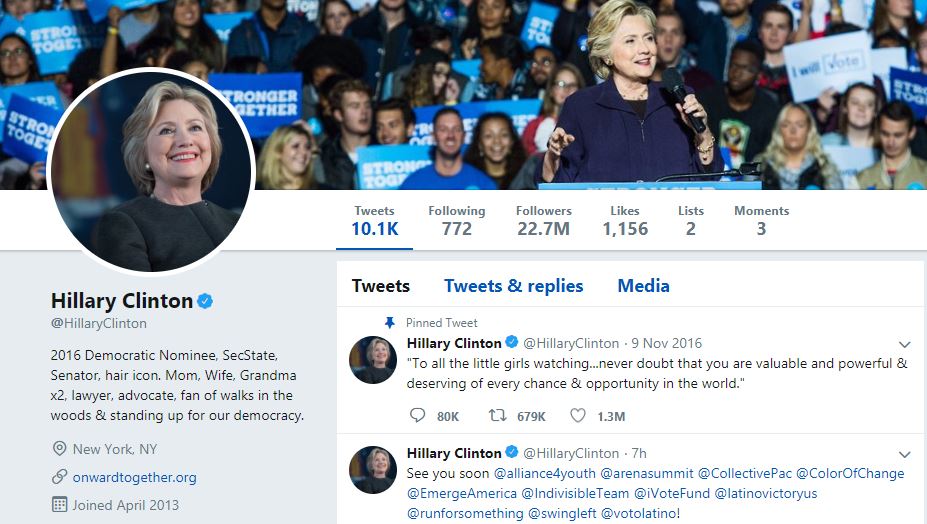 Adichie had received heavy backlash from the public and the online community, with many accusing her of overreaching with her brand of feminism.

Rihanna calls Trump ‘most mentally ill human being in America’

Nigerians, hide your gold… the government may come for it