In Africa, tribal communities maintain practices that are passed down over centuries. These unusual traditions also shape their respective cultures.

These cultural practices are being incorporated into daily activities like modes of greeting, fashion style, and even marriages.

Without further ado, here are some unusual traditional rites across African tribes that will leave you asking questions. 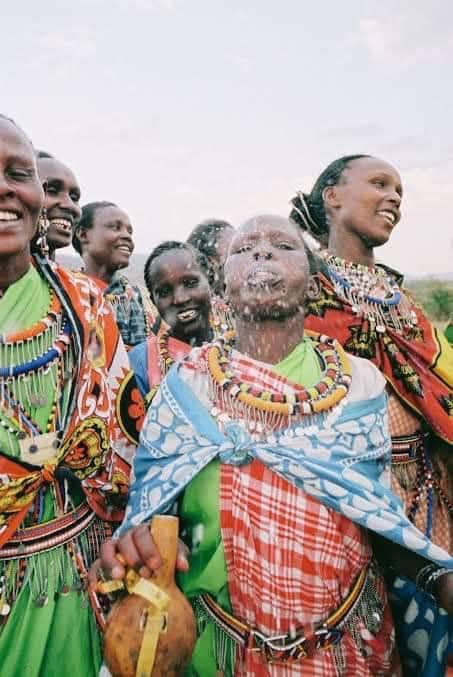 In most cultures across the world, spitting at someone will be considered rude but not for the Wolof tribe of Gambia and Senegal.

Spitting is a common way of greeting in this tribe and is considered a blessing and good luck.

When a baby is born, an elderly woman will visit the mother and infant and subsequently give the infant a blessing by spitting on its face and kissing it.

Well-wishers also bless and congratulate a new bride by spitting on her while her father spits on her forehead precisely to bless her.

Lip stretching culture is one of the most cherished practices among the people of the Mursi tribe in Ethiopia.

In this tribe, stretching lips with a lip plate symbolizes beauty and identity.

These lip plates used are mostly made of clay, wood, or metal disc and the process involves removing two to maybe four teeth and then cutting out the lip to fit the plate.

According to ICDO, “Lip plates are more frequently worn by unmarried girls and newlywed women than by older married women with children. They are generally worn on occasions such as serving men food, milking cows, and important rituals like weddings.”

They also increase the size of the plate because they believe it increases their self-worth.

This is another interesting practice among people of the Hamar tribe in Ethiopia.

This cultural practice sees young men of the tribe jumping over bulls — usually smeared with dung for a slippery effect — while naked to prove their manhood.

In this traditional coming-of-age ceremony, the young men who are able to jump over the bulls four times without falling are then declared to be eligible for marriage.

However, if the odds are against a young man and he falls more than four times, he will have to wait for another year to try once again.

The traditional circumcision ritual called “Ulwaluko” is done among the Xhosa people in South Africa with the purpose of transforming boys into men.

Youths who participate in the ritual are first circumcised before being sent out of the village to a hut, wrapped in a blanket with minimal food supplies.

Upon their return, they are no longer referred to as boys. Xhosa tribe believes this ritual teaches the participants values, principles, hardships, respect, and accountability.

The initiation has, however, been met with criticism due to its complications.

The men of the Wodaabe tribe in Niger dress elaborately and wear make-up and jewelry during the Gerewol festival to impress women and get their attention.

Among the Wodaabe tribe, beauty is believed to be the whiteness of the eye, the firm straight bridge of the nose, and white teeth. Therefore, the make-up done by the men accentuates these features.

However, these men are allowed to attract the attention of not only single women but also married ones.

So if a man successfully steals a wife without being caught, the man automatically becomes her husband and the union is accepted.

25 countries sign up for African Arts and Crafts expo