‘Fast food, smoking, no exercise…’ Why majority of Nigerians have diabetes

Alcoholic drinks, smoking, consumption of fast food among other activities contribute to the increased rate of type 2 diabetes in the country, says Feyi Adegoke, president of Endocrine and Metabolism Society of Nigeria.

Adegoke was quoted to have said this during the 38th scientific conference and annual general meeting of the society in Calabar, Cross River.

Residents in the urban areas of the country, she said, are at higher risk of diabetes than those in the rural areas.

“The metropolitan cities have the highest rate of diabetes and that is because people are tending more towards Western lifestyle of consuming more alcoholic drinks, smoking, consumption of fast foods and others. These are some of the things that drive the epidemic we are seeing”, said Adegoke.

She noted that no fewer than five million Nigerians are currently suffering from type 2 diabetes.

The doctor said one in every 10 adults in Nigeria has ‘type 2’ diabetes and more people are at the risk of suffering from it in years to come.

“Currently in Nigeria, no fewer than five million people are suffering from diabetes type 2. This number will increase to about 10 million in the next 10 years.”

15 million people, she said, are suffering from diabetes in Africa and the number would spike to 30 million in 2025.

She also advised that diabetes could be prevented through reduction of sugar intakes like canned drinks, putting a stop to tobacco smoking and incorporating healthy meals into their diets. 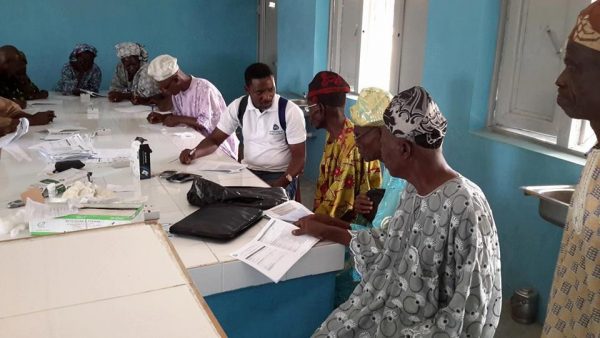 Mohammed Alkali, president, Diabetes Association of Nigeria (DAN), in a recent interview with Leadership revealed frightening statistics and worse still, said there was little research being done on the disease.

The doctor said the situation is particularly grave considering that there are many undiagnosed diabetes patients in Nigeria and also because the disease affects old and infant alike.

“This indicates that we have a lot of undiagnosed diabetes patients in the country. We also have to deal with young people living with diabetes in the country. We have juvenile diabetes now in Nigeria; it is an emerging disease. You will see people that are less than 17 years being diagnosed.

“In fact, we have seen cases of people diagnosed of diabetes at infancy. This is really scary because the issue of diabetes is that it is not only a disease that is just sugar but the complications. You have issues of it affecting the eyes, kidney, hypertension, foot disease and heart disease. The recent studies indicate that out of the people living with diabetes in Nigeria, 9.5 percent of them have diabetes ulcers.

“Diabetes ulcer is the extreme of diabetic foot disease. Before it reaches ulcer, it passes through a stage, and remain in that stage for two to three years before getting to the ulcer stage. So if research has been done to cover those early stages, the percentage would have been reduced. If you apply that percentage with the population of infected people, we will be talking of a large number of people living with diabetes ulcers.”

According to he World Health Organization (WHO), about 422 million people worldwide have diabetes and the disease has become one of the leading causes of death in the world.

In its global report on diabetes published in April 2016, WHO called for “action to reduce exposure to the known risk factors for type 2 diabetes and to improve access to and quality of care for people with all forms of diabetes.”

“The number of people with diabetes has nearly quadrupled since 1980. Prevalence is increasing worldwide, particularly in low- and middle-income countries. The causes are complex, but the rise is due in part to increases in the number of people who are overweight, including an increase in obesity, and in a widespread lack of physical activity”, said WHO.

How to take care of a newborn baby