‘Breaded Life’ screens in Lagos ahead of cinema debut

‘Breaded Life’, Nigerian drama-comedy movie starring Bolanle Ninalowo and Timini Egbuson, screened in Lagos on Saturday ahead of its cinema debut on April 16.

The private screening held at Filmhouse Cinema in Lekki, Lagos.

Kicking off with a red carpet session, the event united film executives, journalists, cast members, and other entertainers, all of whom watched the movie.

‘Breaded Life’ tells the story of the spoiled son of a wealthy family. As conflict ensues between him and his father’s widow over his refusal to pursue a meaningful life, he wakes up one day to realise no one he knew recognised him.

The film, which is directed by Biodun Stephen, is a collaboration between Shutterspeed Project and David Wade.

Speaking to TheCable Lifestyle, Stephen projected the movie to rake in “at least N500 million” across the cinemas.

“Breaded Life is supposed to be a sequel to ‘Picture Perfect’ when it was written initially three years ago. We’re here now. I had time to talk to members of the cast. They had the script for months so they were really ready,” she said.

“Apart from Tina, I’ve worked with everyone on the movie a few times. Filming it was like working with family. The movie is not purely a comedy. It’s a drama piece that has comedy. I see it doing at least N500 million in the cinema.

“We’ve had indigenous filmmakers exploring other genres apart from comedy but, if you live in this country, you need to laugh. I believe if we’re able to deliver the laughs while still sending salient messages, then that’s good.

“At the end of the day, anyone who dies remains dead. You have to find a way of making light the (sociopolitical) hurdles we face as Nigerians. This country is tough. We all need a bit of laugh here and there.

“After the cinema experience with this movie, you can then go back to your unpaid rent or the trouble with traffic.”

Tiwa Oladigbo, one of the producers of the movie who doubles as a husband to the director, recounted how the production team had to deal with local thugs and security while filming at the heart of Lagos’ busy Agege market.

“Initially, the cast selection was challenging, you know, having to choose who fits the roles and what we wanted to depict. Due to the locations we needed for production, we had to do a lot of reconnaissance, so to speak,” he said.

“We did things behind the scenes to ensure we had a smooth sail. For example, we had to film in the heart of the Agege market on a busy day. We had to deal with touts. We shot a time when the #EndSARS riot was rife.

“There was a lot of apathy with security agents. You always know that you want to produce in certain locations with security men. We had to find the balance between what form of security to get and the safety of the cast.

“People like Lateef Adedimeji and Bimbo are popular in the Yoruba industry. Having them in the market with observers shouting and wanting to touch them while we were doing what we wanted to do was tough.

“We envisage quite a lot and planned overtime. We encountered a bit of a snag in the early days of production but everything stabilised along the line. The filming lasted for about 16 days.”

Egbuson: I hung out with ghetto boys to master my role

Egbuson, who spoke to TheCable Lifestyle, said he didn’t expect the experiences he had on the movie set despite the efforts he put into the preparation.

“I had to dig deep, hanging out with all the ghetto boys living in my area. I had to understand what it meant to live a certain type of reality. Yet, all the training did not prepare me for what I experienced when we got into Agege,” the actor said.

“It was emotional and thought-provoking because I also left the movie set as a better person. I was able to tap into some realities I never expected I would have to deal with as a human being. Everyone on set brought good vibes.”

On actor-role stereotyping with respect to the character types that have become more like a niche for him, Egbuson said it didn’t matter if an actor plays the same role ten times. He said his focus has always been on the business side and making ends meet.

“When you watch, you’ll understand. He was also a loverboy. There was a lot of everything but love is a strong part of life. No matter how rugged you’re are, you’ll love it. But this movie is nothing like you’ve seen me in,” Egbuson added.

“I don’t care (about stereotyping), man. Let’s just work. That’s all that is important. It doesn’t matter if you play the same role ten times. We’re all trying to make a living and we sometimes come to forget that. This is business for us.

“Am I supposed to do one lover boy role a year? Will you feed me? So it’s work. Whenever work comes, we’ll do it.” 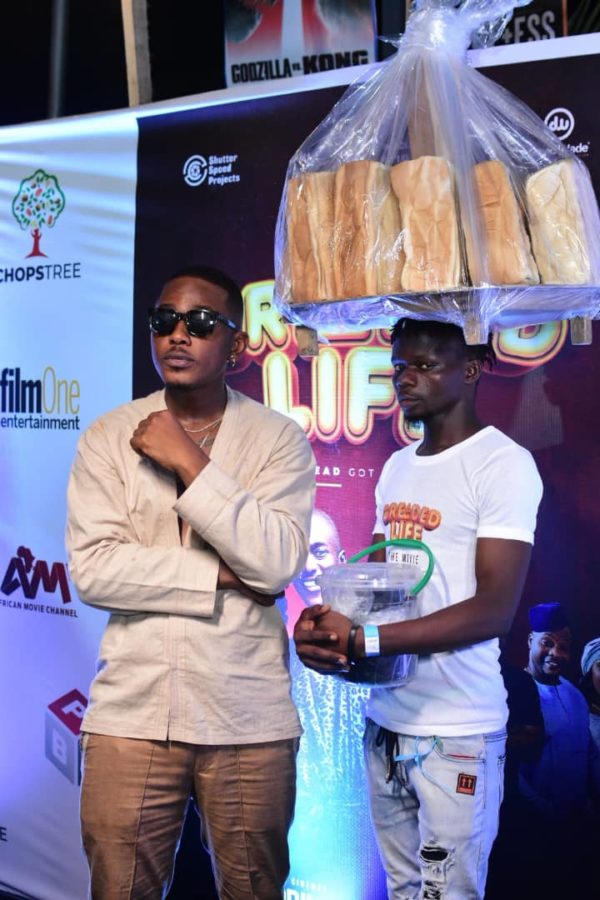 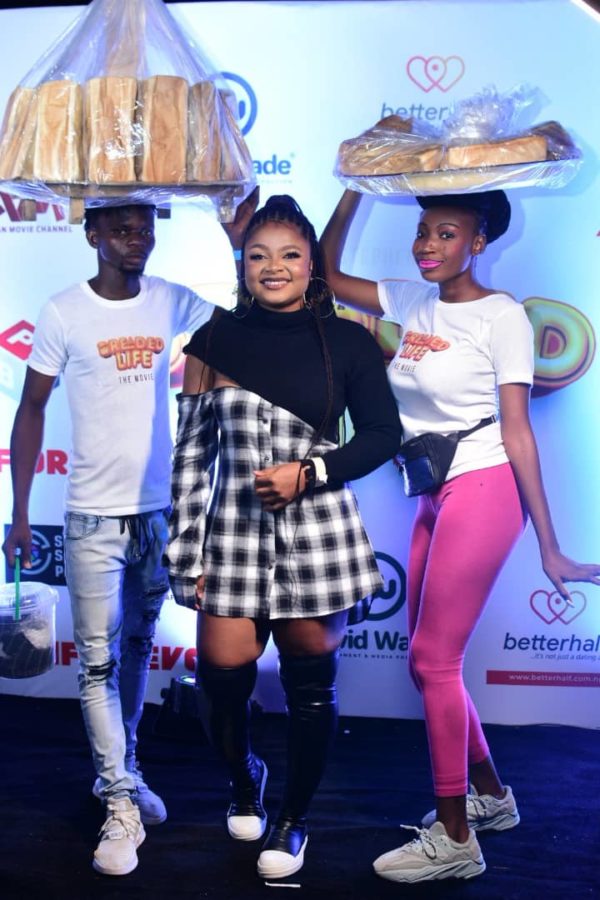 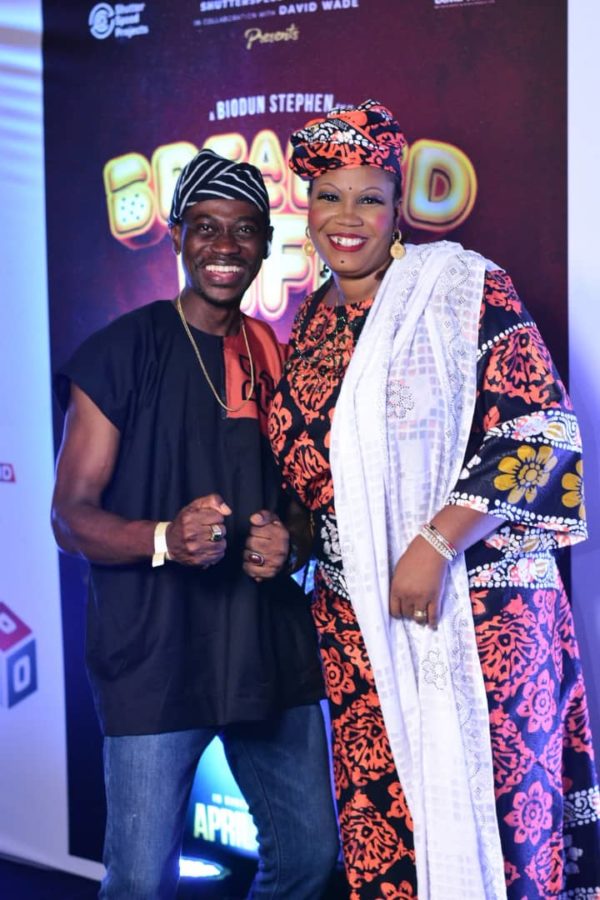 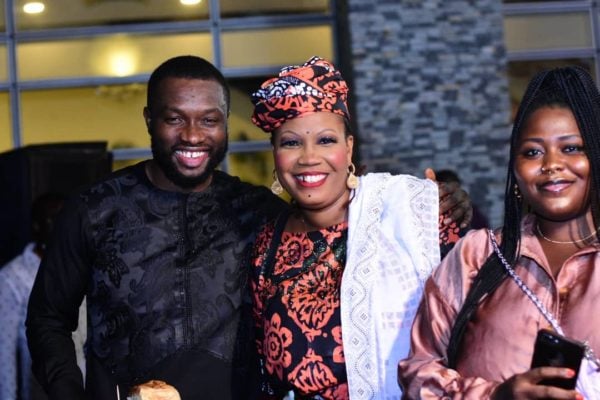 Light Will Come, Something Wicked…10 movies you should see this weekend

‘Lord of the Rings’ to be adapted into TV series