The Motion Picture Practitioners Association of Nigeria (MOPPAN) has handed Rahama Sadau, an actress, her second suspension in four years over a slew of controversial pictures she recently shared on social media.

On Sunday, Sadau had sparked controversy on Twitter after she shared photos of herself in a backless dress.

In the now-deleted photos, the 26-year-old Kannywood star had posed in a tight-fitted pink gown that exposed her skin from her neck region down to the upper section of her waist.

While a number of her conservative Muslim colleagues on Twitter frowned at her fashion choice, others came to her defence.

On Wednesday, MOPPAN, an umbrella body of northern filmmakers popularly called Kannywood, issued a statement where it re-iterated its previous verdict on Sadau — four years after its initial suspension of the Hausa film star.

In October 2016, TheCable Lifestyle had reported how the actress was expelled from Kannywood for “hugging and cuddling” in a music video.

Describing the backlash that trailed her recent photos as “condemnable”, the guild said her action had resulted in some blasphemous comments “against the holy prophet of Islam, Mohammed (SAW).”

“MOPPAN is deeply concerned about the recent pictures shared by Rahama Sadau on social media,” the statement read.

“They said pictures are trending on various social media platforms. The post has however sparked a lot of criticisms which resulted in blasphemous comments against the holy prophet of Islam, Mohammed (SAW) on Twitter.

“This, according to the MOPPAN national secretariat, is condemnable and unacceptable.

“It will be recalled that once on 2nd October 2016, the apex body of Northern filmmakers suspended the embattled Sadau in violation of the association’s rules and regulations for immoral behaviors leading to an on-screen hug.

“After two years, the Kano State Censorship Board (KSCB), gave Rahama an unconditional pardon to join her peers in Kannywood, a move that was countered by the state’s branch of MOPPAN on the 15th of January 2020.

“In this prevailing circumstance, MOPPAN hereby re-iterating its initial stand on Rahama Sadau and calling and calling all other Kannywood guilds to ensure compliance.

“It also calls on all professional bodies in Kannywood, the Hausa communities, and the diaspora to note that it has disassociated itself from Rahama Sadau’s insolence.” 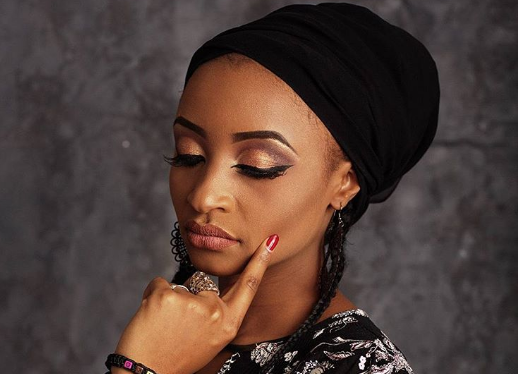 At about the same time when she was handed the suspension, Sadau had shared an emotional video wherein she apologised to her fans in Hausa language.

“I made this video out of remorse and frustration. I also apologize for what happened to all Hausas, my colleagues, and Muslims in general for this picture of mine that caused this controversy,” she wrote in the Instagram post.

“This is not my nature as a Muslim. I am a lover of the Prophet, and I fight anyone who touches him or touches my religion.

“It was a fate that brought someone to insult me ​​over my picture. I am not with him, and God has cursed him. It will not happen to me again, God willing. Thank God for protecting our faith and our religion.”