Autopsy establishes ‘chemical intoxication’ as cause of Oromoni’s death

An autopsy carried out by Clement Vhriterhire, consultant pathologist at the Central Hospital Warri, has established that Sylvester Oromoni died of “acute lung injury due to chemical intoxication in a background of blunt force trauma.”

This is just as Oromoni’s family kicked against the decision of the Lagos police to release the housemaster and other staff of Dowen College, Lekki.

Oromoni, who was a student at the Lagos-based school, died on November 30 last year after efforts to save his life failed.

The 12-year-old boy was alleged to have been attacked for refusing to join a cult group.

Oromoni’s father had alleged that his child was beaten and fed a liquid chemical.

But Dowen College had dismissed the claim, saying the boy sustained injuries while playing football with his colleagues.

Hakeem Odumosu, Lagos police commissioner, had ordered a probe while Dowen College was sealed off.

Odumosu, in a press briefing on Friday, said the school housemasters involved in the case had been released since the court order to remand them had expired.

He also said that the police had concluded its investigations, forwarded its report to the directorate of public prosecutions (DPP), and had received a response.

“The corpse was brought from Delta to Lagos. The post-mortem was carried out in Lagos. The result is out. As of now, it has not brought out the issue of murder on anybody (sic),” he was quoted as saying.

“Toxicology is still to be carried out which is the final one. The interim one has not.

“Based on that, the court order we got has elapsed and we have released the housemaster and others on bail as of yesterday because they have not been indicted of murder. It is only murder cases that are not subject to bail.

“Since the medical report has not indicted them so far, I think there is a need for them to have their freedom because bail is not the end of the case.”

The development comes after the court had granted bail to five students charged with the alleged murder of Oromoni.

In his reaction, Perry Oromoni, a member of the bereaved family, who spoke to TheCable Lifestyle, kicked against the outcome of the police probe.

He also accused the Lagos police and the government of hoarding the second autopsy result of the corpse.

“The Lagos state government has decided to go in favour of Dowen College Lagos and murderers involved,” he said.

“The Oromoni family has been quiet because we’ve been patiently waiting for the Lagos government to conclude their autopsy and also see how swift they are in carrying our justice for Sylvester.”

Below are documents showing the result of the autopsy. 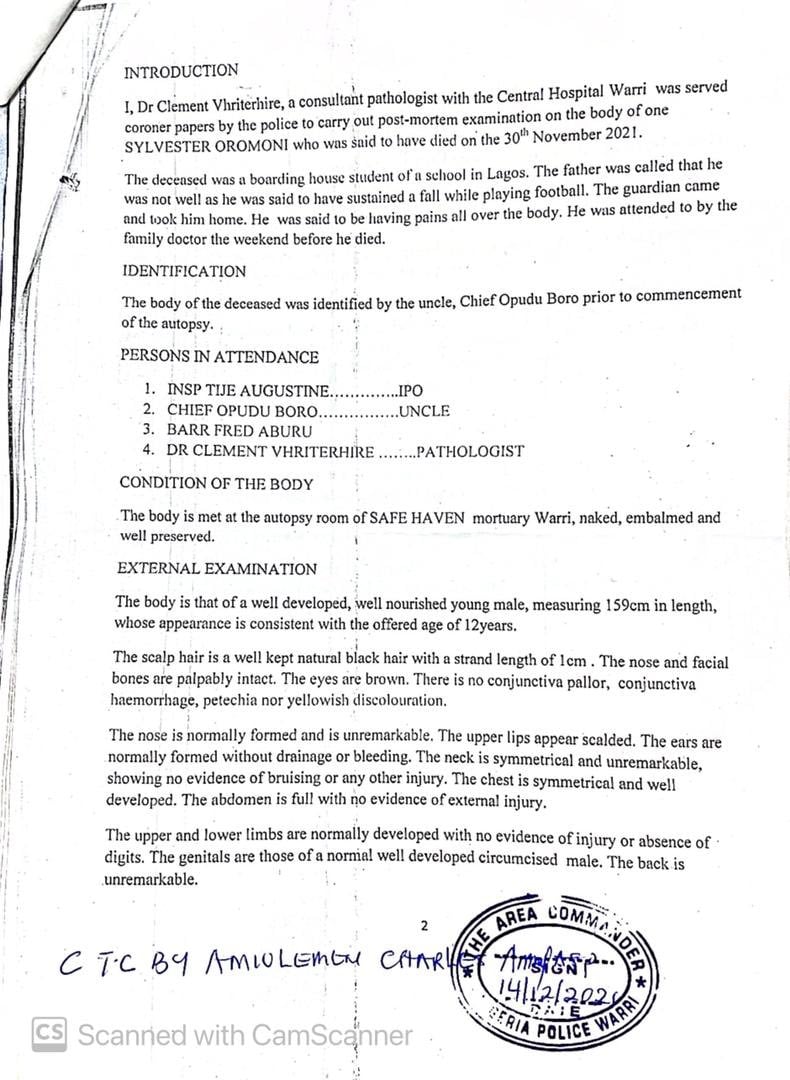 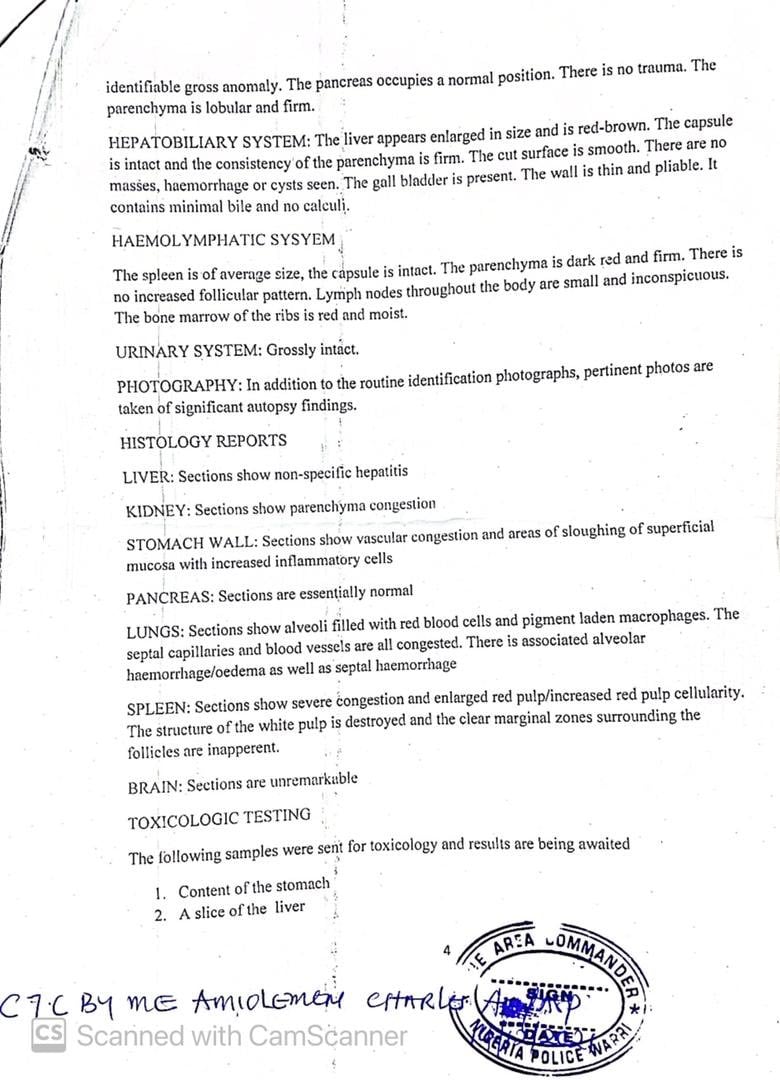 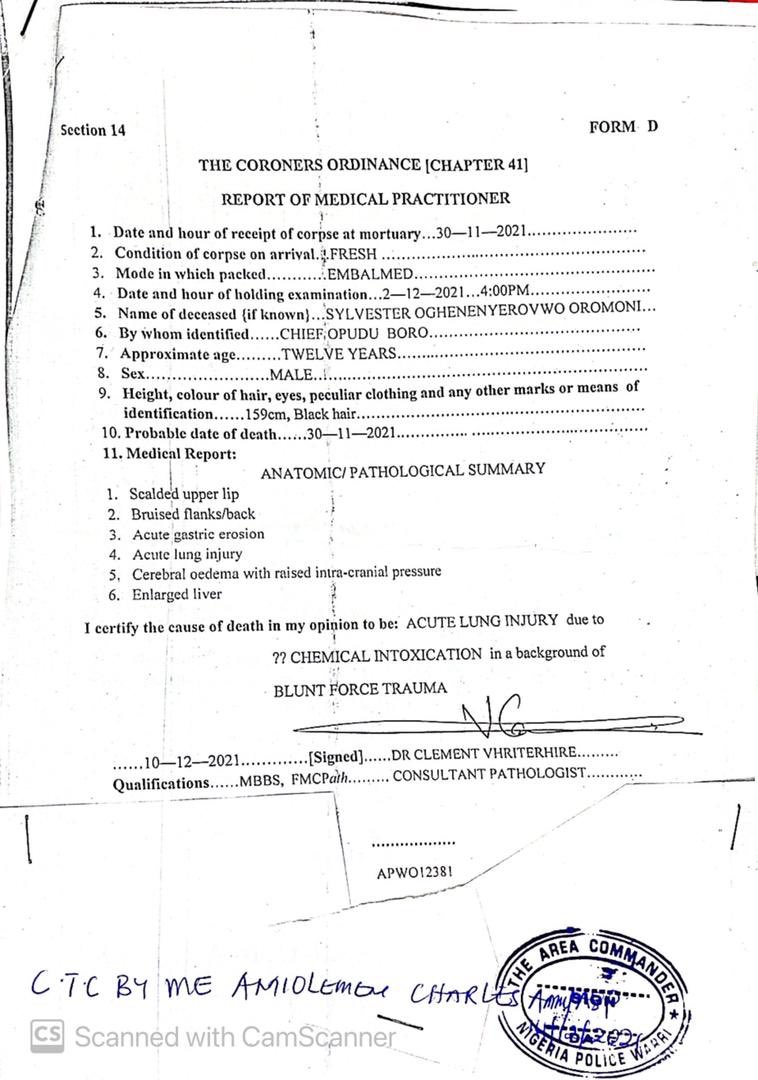 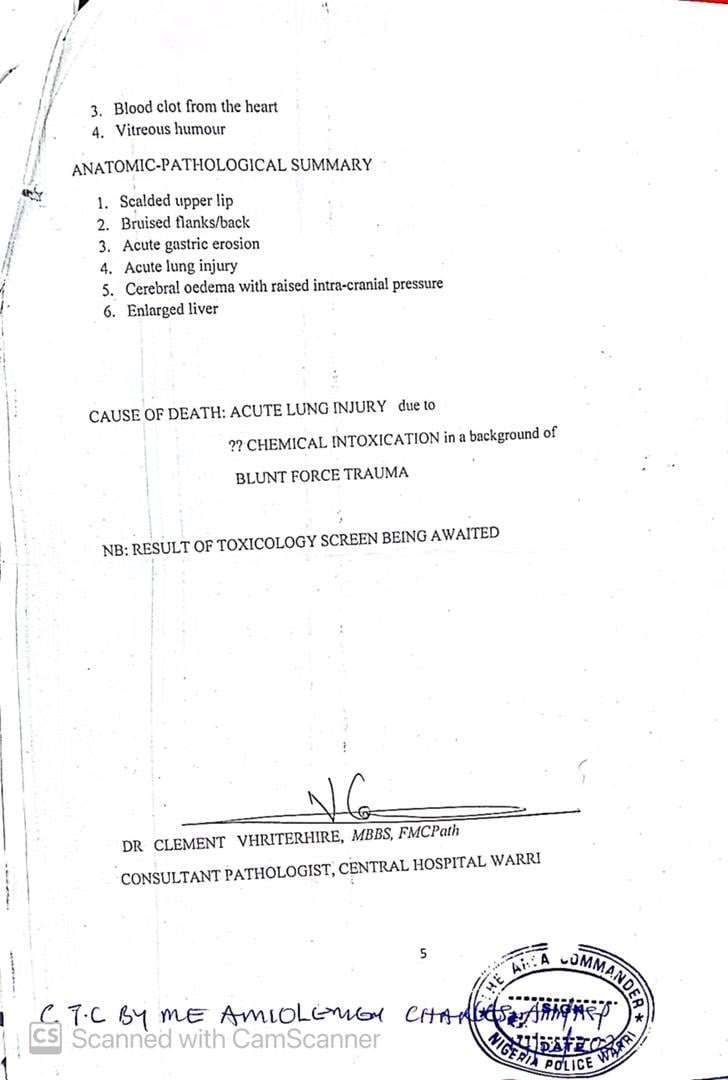 Fani-Kayode never assaulted any of us, says family nurse